President Biden has nominated, Arati Prabhakar to the cabinet level position of White House Science Advisor. If confirmed by the Senate, she would become the first woman, person of color and immigrant to hold the job. Seth Borenstein, a science writer at The Associated Press, joins Host Jenni Doering for details on the historic nomination.

President Biden recently nominated Arati Prabhakar as White House Science Advisor, which is now a cabinet level position. Arati Prabhakar earlier served head of DARPA, the Defense Advanced Research Agency. If confirmed by the Senate, Arati Prabhakar would become the first woman, person of color, and immigrant to become Presidential Science Advisor. Seth Borenstein is a science writer at The Associated Press and he spoke with Living on Earth’s Jenni Doering about this historic nomination.

DOERING: So who is Arati Prabhakar? And what has she done previously?

BORENSTEIN: She is a veteran government science agency leader. She has lead probably the quietest and least well known science agency in the government, NIST, National Institute of Standards and Technology. And she did it at age 34, which is just amazing. 34 years old and running a government science agency. And then she came back to the government during the Obama administration and ran DARPA, which also is not as well known as places like NASA or NOAA or EPA as science agencies, but is sort of the sexiest science agency out there. They're the James Bond government agency. The internet is a DARPA invention. During her time period there, she got the agency to start looking at RNA vaccines and the technology behind that. And that was, of course, in the 20 teens. And for most of us, that was a really good idea. Because that ended up helping lead to something called the COVID vaccine.

DOERING: Yeah, I'm very grateful for her work on that.

BORENSTEIN: So she hasn't been in the big name government agencies, but she has run some of the most important. And she has a personal story that's fascinating. She came from India as a young child. Moved to Texas. She became the first woman to get a physics PhD from CalTech. And the reason she went into engineering and science is because she was told that women don't do that, girls don't do that. So she decided to do that. She's gone from the young wunderkind at NIST to literally the, you know, white haired eminence now coming in.

DOERING: So what is the role of a Presidential Science Advisor, Seth? What do they actually do? 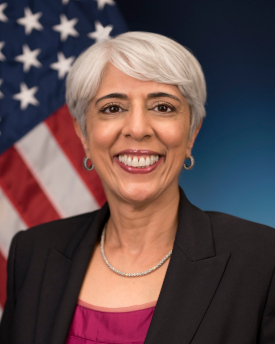 DOERING: How significant is it, do you think, to finally have a Presidential Science Advisor nominee who is a woman, a person of color, and an immigrant? What kind of message does it send that Biden has picked Arati Prabhakar for this role after so many white men have held it?

DOERING: So one of the Biden administration's key priorities is climate change. So, I'm wondering how have previous Science Advisors to presidents advanced or influenced the administration's agenda on climate?

BORENSTEIN: Climate was not high up on the priorities until the Obama administration. The Obama White House Science Advisor John Holdren was a climate scientist. So, that was a first. And then, when Trump finally named a science advisor, he named a meteorologist, which was really surprising. And Kelvin Droegemeier, who has one of the best names for a meteorologist, Kelvin, which is one of the three ways you measure temperature: Kelvin, Celsius and Fahrenheit, gotta give him credit, that was the second straight climate, meteorology White House Science Adviser. Of course, the idea was keeping your head down. Doing the work but not having the White House pay attention because President Trump was an out and out climate change denier. I mean he'd talk about it and tweet about it. 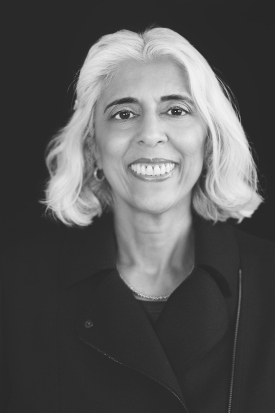 A portrait of Arati Prabhakar taken before her nomination as the White House Science Advisor and the Director of the Office of Science and Technology Policy. (Photo: Christopher Michel, Flickr, CC BY 2.0)

DOERING: So how fair is it to say that she'll be joining a team within the White House that is already pretty focused on climate? And that she'll be helping to support that?

BORENSTEIN: Yeah, that's exactly what, she's, there is a crowded team of experts on, focused on climate change in this White House. And I think had the president named someone who was another climate change scientist to that position, that actually in some ways could dilute it because it's another person. So, her job isn't there to be the climate voice. You know, Biden has lots of climate voices.

DOERING: That's really heartening. And it seems vital. I mean, she won't be working only on climate issues, of course, but climate is one of the most important science issues that we face currently. And I guess I'm wondering, where do you think the president's agenda on science stands now? Especially, given how his climate legislation has gotten bogged down in Congress and now the U.S. Supreme Court has sent a really clear signal to agencies like the Environmental Protection Agency limiting their authority.

BORENSTEIN: So this administration is sort of the innovator. And then that comes back to: here's a woman who, this is her job. This is what she does. Now she does, it's not climate that she does. But whether it is like the James Bond DARPA, and wow, what can we do that's really cool and thinking out of the box. Or, it's something like in NIST, where, where can just a tiny little change, that's not really noticeable, but then when you turn around 10 years later you say, oh my, that made a big difference. So, she's coming from, with that experience. I'm not saying it'll work. But that's what they have to look for right now.

DOERING: I wish her the best of luck in this role. And we'll have to see, in terms of confirmation and what the Senate says here. Do we have a sense of the timing on that?

BORENSTEIN: Not yet. There's been an awful lot of other stuff going on in Congress.

BORENSTEIN: You know, when she was first nominated to NIST 30 years ago, she flew through unanimously. Different time, it's hard to say that will, that'll happen again. And sometimes these positions get held up, a Senator can put an appointment like this on hold. But it's not like when there was this vast, long opening during the Trump administration. It was sort of adrift. The White House Science Office is not adrift right now.


Learn more about NIST – National Institute of Standards and Technology