Note on Emerging Science: Tigers on the Rebound 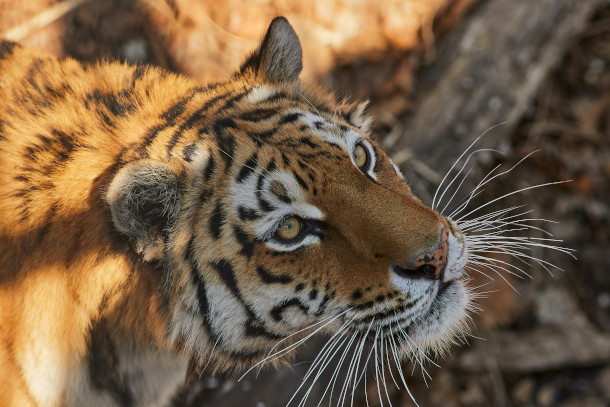 There are now between 3726 and 5578 tigers in the wild, a 40% increase from 2015 estimates. Conservation efforts in Nepal, India, Bhutan, Thailand, Russia, and China are to credit. (Photo: Tengyart on Unsplash)

It’s the Year of the Tiger, and for the first time in a century, wild tiger populations have risen, following two decades of conservation efforts. Living on Earth’s Hannah Richter reports on the international strategies that have boosted numbers of this beloved big cat.

RICHTER: It’s the Year of the Tiger, and for the first time in 100 years, global populations of this beloved big cat have increased. The International Union for Conservation of Nature estimates that more than 5,500 tigers now live in the wild, up 40% from 2015 counts.

The countries of Nepal, India, Bhutan, Thailand, Russia, and China have all seen increases in their tiger populations. Nepal is the feline front-runner, with as many as 355 wild tigers, a tripling of their tiger population since 2009. In 2020, Nepal, home to the towering Himalaya mountains, broke the record for the highest altitude where a tiger was spotted two times, indicating that tigers may be claiming around 124 miles of new ground.

Main conservation efforts include working to connect tiger habitats across country borders, getting local people involved with forest stewardship, and removing snares to encourage tigers to move safely and freely across landscapes. Some tigers have also been relocated to boost mating, while in other areas, efforts to build populations of prey species using salt licks are underway.

Tigers are solitary animals with large territories, and space competition with humans has shrunk the amount of land that tigers can hunt safely. In 1900 there were as many as 100 thousand wild tigers. But over the last century, roughly 90% of tiger habitat - places like tropical rainforests and grasslands, have been destroyed. Habitat loss and poaching caused the tiger population to plummet to just 3800 wild tigers in 2000.

Unfortunately, as tiger populations increase, so too have tiger attacks. While they aren’t usually dangerous to humans, stressed tigers with limited hunting grounds can search for prey on the outskirts of their territory, where they are more likely to run into humans. Educating locals about tiger safety is an important part of new conservation efforts.

The IUCN does note that better sampling methods, like camera traps, are responsible for some of the improvements in tiger numbers. However, they reported in July 2022 that worldwide tiger numbers are “stable or increasing.” It’s a welcome win for these striped jungle favorites.