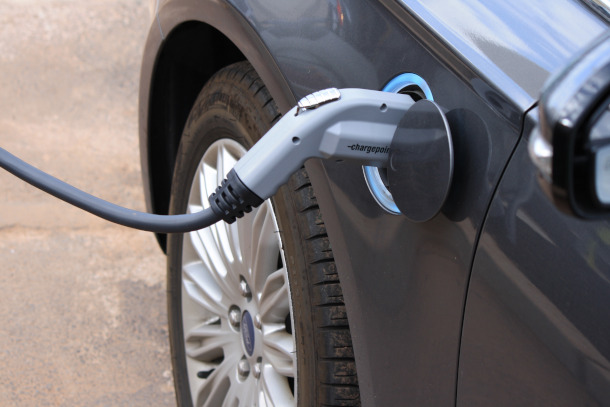 California has been a national leader on tackling climate change and recently announced two changes to further green the golden state. First, California will ban the sale of most new gas-powered vehicles by 2035. Second, and more controversially, Governor Newsom approved an extension for the life of the Diablo Canyon nuclear power station, which is carbon-free but not without risk. CalMatters environmental policy reporter Nadia Lopez joins Host Bobby Bascomb to discuss the implications of these decisions.

BASCOMB: California has been a national leader on tackling climate change and recently announced two changes to further green the golden state. First, California will ban the sale of most new gas-powered vehicles by 2035. The California Air Resources Board approved the rule aimed at improving air quality and reducing global warming emissions in the state. Second, and more controversially, Governor Newsom approved an extension for the life of the Diablo Canyon nuclear power station. Amid the current heat waves and spikes in energy demand, the Governor has said the state has the choice to keep the facility or risk electricity outages or rely on fossil fuels in the short term until renewable energy can provide more baseline power. For more on this and California’s new car rules I’m joined now by Nadia Lopez. She’s an environmental reporter for CalMatters and says California is well positioned to make the transition to electric vehicles.

LOPEZ: California already has the largest zero emission car market in the country, there are more than a million plug in vehicles, other zero emission vehicles, hybrids that are registered. And nationally, there are about 2.64 million. So it represents about 43% of all zero emission cars that are currently on the road. Automakers are ramping up their fleet of electric vehicles. They knew that this mandate was coming. In addition to that, the technology has significantly improved, and there is a market for it.

BASCOMB: So if any state could do it, it sounds like California is best positioned. But you know, there's some things that are just beyond the control of the state or the auto industry for that matter. You know, things like labor shortages and problems with the supply chain, which we've seen a lot of in the last couple of years.

LOPEZ: Yeah, a lot of these issues are due in part to the pandemic. And it's across the board. We've seen surging gas prices, we've seen inflation effect, and it's no different when it comes to the auto market. There are supply chain shortages when it comes to availability of microchips. In addition to that, mining certain resources, like lithium, are also top concerns--if there's going to be enough of it to produce the amount of electric vehicles that will be needed. So these are real challenges that the state acknowledges and that automakers are also trying to address.

BASCOMB: Well, how is the state of California planning to support the industry and consumers, you know, through this transition?

LOPEZ: Yeah, so the Air Resources Board has included certain provisions in the mandate that would ease the strain on automakers. So automakers will be allowed to use a credit-based system that allows them to meet a lower percentage of sales, if they offer cheaper cars at dealerships and participate in state subsidy programs, which offer rebates or grants to low and middle income people so that they can purchase an EV. You know, the state wants to encourage automakers to participate, not just to ease the strain on them, but also to ease to high cost on consumers.

BASCOMB: Right, I mean, electric vehicles can be prohibitively expensive for a lot, if not most people.

LOPEZ: Oh yeah, definitely. I mean, right now, a new car can cost anywhere between $25,000 and $120,000, depending on the kind of model and year and so forth. So that's still really out of reach for a lot of people.

LOPEZ: Yes, automakers are on board. They have already each year been increasing the number of models that they have, the number of electric vehicles that are available on the market are continuously improving, longer mile range and so forth, and stronger and more durable batteries. So they're poised to expand that market, across the nation and globally as well. And right now, 17 states have vehicle emission standards that are similar to California's and modeled after California's. California has a special waiver from the federal government to enact stricter emission rules and mandates than those of the federal government. And usually, other states tend to follow suit. So already, Washington, Massachusetts, New York, Oregon, Vermont are a few of those states that plan on instituting a very similar mandate to that of California's. The European Union is also poised to mandate zero emission vehicles by 2035. 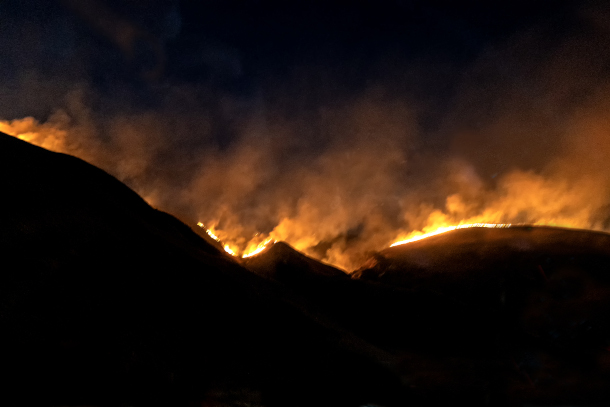 BASCOMB: Now, the rule was set in place in California by the Air Resources Board as an aggressive way to tackle the state's air quality. How do they expect air quality might improve as a result of this measure? And you know, for that matter, what kind of improvements might we expect in public health with better air?

LOPEZ: Right, so California's transportation sector--we live in some very car-centric cities--accounts for about 40 to 50% of the state's greenhouse gas emissions. So it's a pretty big sum. The Air Resources Board projects that the new rule will significantly reduce passenger vehicle emissions by more than 50% by 2040. Now, greenhouse gases contribute to smog. They contribute to poor air quality. So as we start to see this reduction in these emissions, you know, we could also start to see improvements in air quality in places in the state that are notorious for that, like the LA basin like the Central Valley, and that's the hope that it will also help reduce respiratory illnesses, asthma that a lot of people attribute to that poor air quality.

BASCOMB: Now, I want to shift gears here for a minute, pun intended, and talk to you about something else that you've been writing about in California. And that is the Diablo Canyon Nuclear facility. Governor Newsom recently signed into law a bill that would extend the life of that nuclear facility. It was slated to close in 2025. But it's been extended for another five years. What did they make that choice to keep it open longer?

LOPEZ: Right, so Diablo Canyon, the nuclear power plant, is the state's last nuclear facility. It basically provides about 10% of the state's power to the electricity grid. And as you may have noticed, California has been experiencing really dire effects due to climate change, and due to these planet warming emissions that we just discussed. So increasingly, as we're facing more intense heat waves, prolonged drought, the state is really worried that it's going to significantly strain the power grid. We've already started seeing those effects. California broke records for this heatwave that we're experiencing, and is asking residents to cut their power use during peak times during the day to prevent rolling blackouts, to prevent rolling brownouts. So, that being said, Governor Newsom decided to reconsider keeping Diablo Canyon open for a few more years in order to meet that demand as a carbon-free source of energy while the state makes a transition to renewable energy sources like solar and wind.

BASCOMB: Nuclear, of course, is very controversial. What are some of the concerns that legislators and Californians have about extending the life of the Diablo Canyon plant? 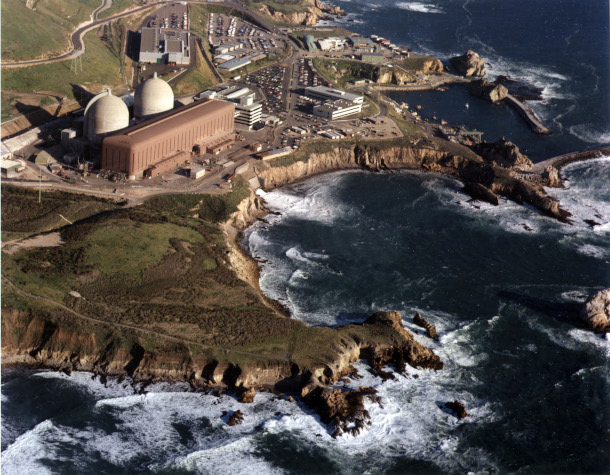 Some opponents of the continued use of the carbon emissions-free Diablo Canyon nuclear power plant argue that it will delay investments in renewable energy. (Photo: Nuclear Energy Commision, Pacific Gas and Electric, Flickr, CC BY-NC-ND 2.0)

LOPEZ: A lot of opponents say that the storing of spent nuclear waste is a huge hazard. They also say the proximity to fault lines and the threat of earthquakes, which California is known for, can pose certain challenges and risks. And while PG and E, Pacific Gas and Electric, the plant's owner, has said that the site remains safe, a lot of people still feel that it could pose a threat to their communities. So apart from that a lot of opponents and some environmentalists are concerned that extending the plant could delay those much-needed investments in renewable energy.

BASCOMB: Right, the state is giving PG and E $1.4 billion loan to do this work to extend the life of the plant. I mean, that's $1.4 billion that could have been spent on solar, wind or any other renewable energy infrastructure, I should think.

LOPEZ: And that was part of the debate. Some people expressed apprehension because that's a lot of money that they say, potentially could have gone to this renewable energy infrastructure instead of continuing to invest in nuclear power.

BASCOMB: I mean, the other side of it, of course, is that nuclear is largely carbon-free, which is of course, very, very attractive right now, as we're facing this climate crisis. You can see how the state's kind of stuck between a rock and a hard place here.

LOPEZ: Right. You know, I think right now, the state's priority is to reduce greenhouse gas emissions. And some people worry that well, if you get rid of this nuclear power facility, which, as I've stated, provides about 10% of the state's power to the electric grid, then are we going to be supplementing that with natural gas, with other forms of fossil fuels? That's a valid question that a lot of people are asking, because, frankly, the infrastructure for a lot of renewable energy isn't completely there. And it's not going to happen overnight.

BASCOMB: Well, I mean, you have to admit that between the ban on new gas-powered vehicles and you know, looking at nuclear as a low carbon energy source, it seems like California, really at least has its head in the right place when it comes to climate change.

LOPEZ: Yes. And California has always been a leader of sorts in implementing aggressive and stringent policies to address climate change. So this isn't a surprise for a lot of people here in the state and for people who follow climate closely.

BASCOMB: Nadia Lopez covers environmental policy issues for CalMatters. Nadia, thank you so much for your time today.

LOPEZ: Thank you so much for having me.

CA.gov | “Proclamation of State of Emergency”