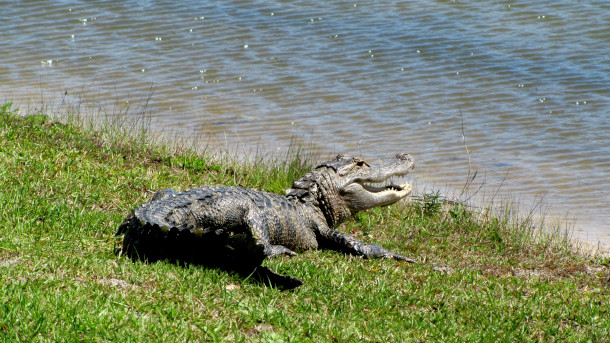 This week, Environmental Health News editor Peter Dykstra and Host Jenni Doering take us beyond the headlines with a look at how PFAS “forever” chemicals are contaminating everything from North Carolina alligators to the blood of residents in Okinawa, Japan. In some good news, the two investigate how the creation of artificial ponds has helped frog populations in Switzerland. Finally, the two open the history vaults to look at some misconceptions about the 1972 Clean Water Act.

It's time now for a look beyond the headlines with Peter Dykstra. Peter is an editor with Environmental Health News. That's ehn.org and dailyclimate.org. And he's on the line from Atlanta, Georgia. Hey, Peter, what do you got for us this week?

DYKSTRA: Well, Hi, Jenni. There's a story that concerns PFAS, those "forever chemicals" that have been so much in the science and environment news lately for some of the health risks that they may cause. One PFAS study that's come out recently looked at alligators along the coast of North Carolina. The study, led by North Carolina State, found autoimmune problems in alligators linked to levels of PFAS in their systems. Reptiles do not normally get infections, but they're finding infected alligators in some of the swamps along the Cape Fear River.

DOERING: Wow, Peter, PFAS and alligators. That's not exactly two things that I thought would really go together in a story.

DYKSTRA: No, and you don't think of alligators as an indicator species for what may be a problem for humans. But they have a long history that goes back to research done by scientists like the late Louis Guillette and the late Theo Colborn. They did early studies on the impacts of endocrine disrupting chemicals. Guillette particularly looked at alligators in Florida and found reproductive problems with alligators that were linked to endocrine disrupting chemicals in their system.

DOERING: And like endocrine disruptors, PFAS chemicals are pretty widespread in our society these days, huh?

DYKSTRA: They are. There's another recent study that tallied up 57,000 potential locations of PFAS contamination, near military bases, near airports, places where firefighting foam has been used, posing a potential risk to humans. And also another place where US military bases are implicated is in Japan. Another study that's just come out found that Japanese citizens on the island of Okinawa, where there's a heavy US military presence, had blood levels of PFAS two to four times the normal levels found in Japan. 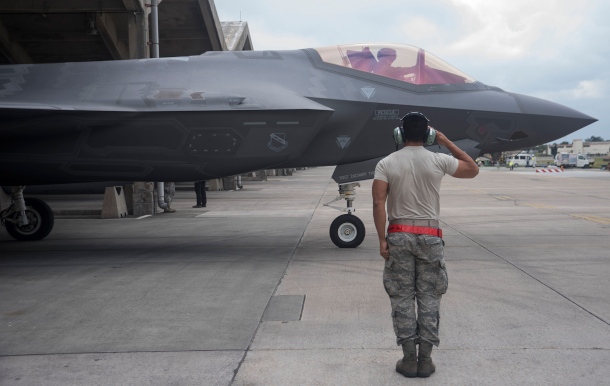 According to a recent study, individuals in Okinawa, Japan—which has a heavy U.S. military presence—had 3 to 4 times the national average of PFAS in their blood. (Photo: U.S. Indo-Pacific Command, Flickr, CC BY-NC-ND 2.0)

DOERING: Wow, one can only wonder what kind of impacts those PFAS levels are having on the people there.

DYKSTRA: One can only wonder, and one can also research so we know more and more each year. But right now the news is not good.

DOERING: Yeah. Well, Peter, we've got a story about reptiles. What else do you have for us this week?

DYKSTRA: Let's move over to amphibians and frogs. In Switzerland, endangered frogs are making a comeback because of human intervention. Over the past two decades, volunteers and conservation groups have dug 422 artificial ponds to encourage new populations of frogs. And it's a little bit of good news that may or may not be replicated elsewhere. 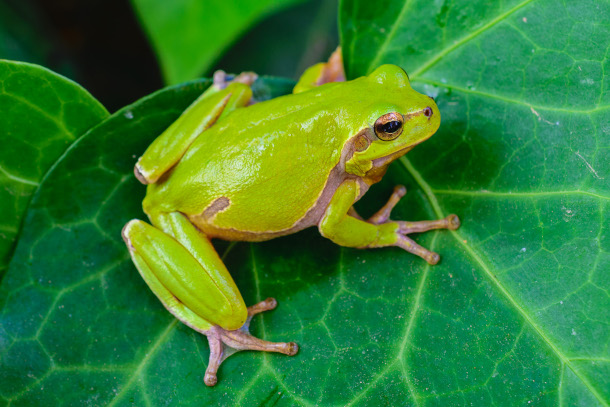 In Switzerland, the European tree frog is among the endangered species bouncing back after conservationists and volunteers created hundreds of artificial ponds. (Photo: John P Clare, Flickr, CC BY-NC-ND 2.0)

DOERING: Well, what kind of frogs are we talking about here, Peter?

DYKSTRA: The European tree frog was one whose population had collapsed. And those ponds have helped recover that one endangered subspecies, at least in this one area, and helped give some hope for frogs, not just in Switzerland, but throughout the world.

DOERING: Thank you for that good news, Peter. What do you have for us in the history books this week?

DYKSTRA: It's the 50th anniversary of the Clean Water Act. And the first thing I want to do is clean up a little historical misinformation that's tended to grow. Richard Nixon has gotten all this credit about being the environmental president who signed the Clean Air Act into law. He signed the Endangered Species Act. He signed into being agencies like NOAA and the EPA. But Richard Nixon did not sign the Clean Water Act. He actually vetoed it when he was persuaded that the costs of clean water were too expensive. But what happened is something that does not happen in this day and age. A bipartisan pro-environment Congress overrode Nixon's veto, made the Clean Water Act law, and it's made a huge difference, not meeting every one of its goals over fifty years, but meeting quite a few of them. 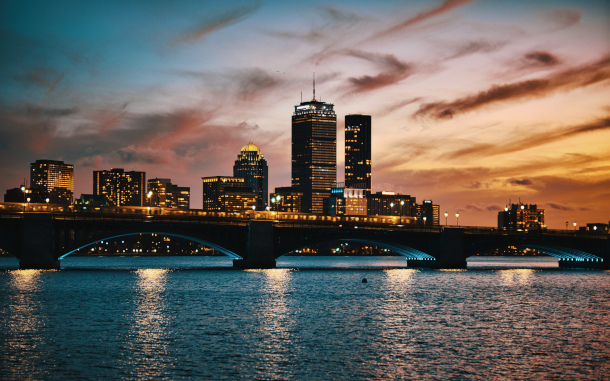 DOERING: Yeah, I mean, here in Boston, we used to have that "dirty water" that people love to sing about, Peter.

DYKSTRA: That's right. It's one of my favorite songs. Of course, it's the Red Sox theme song. But that "dirty water" isn't nearly as dirty, even though the band that wrote that song hadn't set foot ever in Boston. They just heard about how dirty the Charles was.

DOERING: It was legendary dirty water. Thank you so much, Peter, as always. Peter Dykstra is an editor with Environmental Health News. That's ehn.org and dailyclimate.org. And I guess I'll say, see you later, alligator!

DOERING: And there's more on the stories on the Living on Earth website. That's loe.org.


Frontiers in Toxicology | “Blood Concentrations Of Per- And Polyfluoroalkyl Substances Are Associated With Autoimmune-Like Effects In American Alligators From Wilmington, North Carolina”