The Living on Earth Almanac 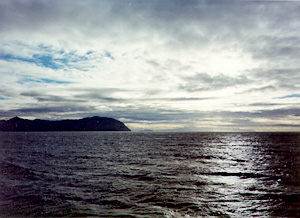 This week, an update on where the Exxon Valdez and the captain who ran it aground--Joseph Hazelwood--are today. The ship was salvaged and renamed, and now carries oil from the Middle East to Europe. Capt. Hazelwood was acquitted on charges of being intoxicated on duty, but was convicted of a misdemeanor. This summer, he begins serving his sentence: 1000 hours on litter patrol along Alaska highways.

CURWOOD: The Exxon Valdez spill continues to resonate in the world's consciousness, but the ship itself and its notorious captain have fallen back into obscurity. The ship was repaired after the spill but was banned from Alaskan waters by an act of Congress. Last year Exxon tried but failed to overturn that ban in the courts. Today the ship carries oil from the Middle East to Europe, and since the accident it hasn't spilled a single drop. The ship is no longer called the Exxon Valdez, though. Exxon removed its name from all its tankers following the Alaska spill. The Exxon Valdez is now known as the Sea River Mediterranean. As for Captain Hazelwood, he stood trial on several criminal counts. He admitted drinking before boarding the ship but argued he was not drunk, and an Alaska jury agreed. The captain's only conviction in the case was for negligently discharging oil. He was fined $50,000 and this summer will begin performing 1,000 hours of community service, picking up litter along Alaska highways. After his trial Captain Hazelwood became a teacher at a maritime academy. Recently, he's been working as a consultant for a law firm in New York. And for this week, that's the Living on Earth Almanac.