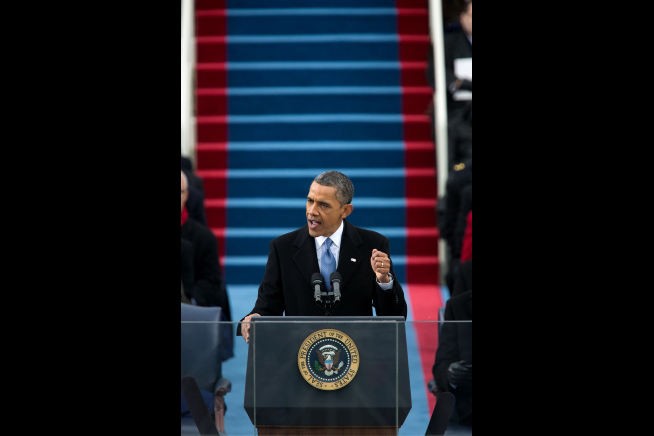 The president invokes a divine commandment to care for the earth. (Official White House Photo by Lawrence Jackson)

In calling for action on climate change, President Obama's speech claimed God has commanded us to care for the planet. Steve Curwood talks about how Obama’s religious rhetoric fits into climate change and politics with Richard Cizik, President of the New Evangelical Partnership for the Common Good.

CURWOOD: Now in American political speechmaking, “God” is rarely mentioned beyond the almost obligatory, “God Bless America” at the conclusion. But as he spoke in front of the Capitol, President Obama invoked a divine commandment to preserve our planet. So we asked the Reverend Richard Cizik, president of the New Evangelical Partnership of the Common Good and the former vice president of the National Association of Evangelicals, to talk with us about how the President’s religious rhetoric fits into climate change and politics.

CURWOOD: So why do you think President Obama decided to tie religion and climate change together in his second inaugural speech?

CIZIK: Because he needs to make that connection. In my estimation, there is a contingent of denialists, denialists in the religious community who push back against this. And so actually putting it in the God context makes a whole lot of sense for the President. 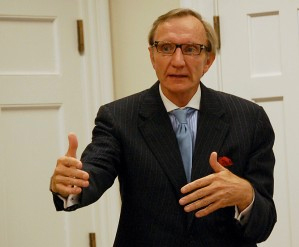 Rev. Richard Cizik, President of the New Evangelical Partnership for the Common Good and former Vice President for Governmental affairs of the National Association of Evangelicals.

CURWOOD: So why do evangelicals see climate change as their issue?

CURWOOD: So how widespread would you say is evangelical support for action on climate change now?

CIZIK: Some of us have been speaking about this for a decade. And while most evangelicals, I think, recognize the priority of taking action, they don’t always agree with the methodology of doing it. We saw that over the cap and trade debate a few years ago. But with the general challenge of addressing this issue of the environment, and of climate change, I think you’d get probably three-quarters of all evangelicals saying, “yes, we should do that.” 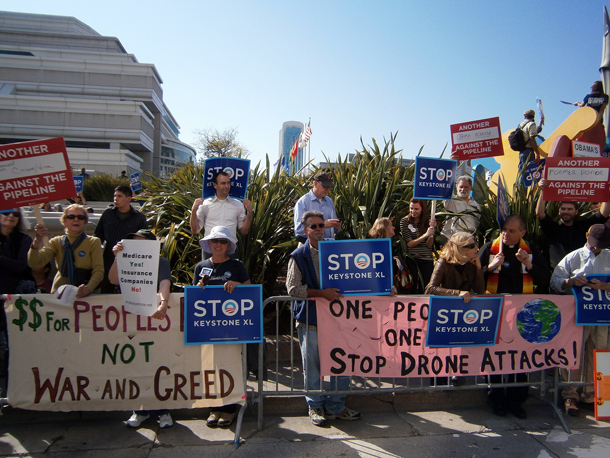 CURWOOD: So, when you say three-quarters of all evangelicals in this country, generally, are in support of action for climate change, how many folks are we talking about here?

CIZIK: Well, evangelicals are one-quarter of the adult voting population of America, so if you count children, then you’re talking about one-third of Americans. So you’re really up to, if you count everyone, a hundred million people. Because we now are a nation of now more than 300 million people. So you’re talking about a huge swath of the American public.

CURWOOD: So tell me, to date, how much have evangelicals involved themselves in the politics of climate change?

CIZIK: A lot of evangelical leaders were involved in the cap and trade debate back in 2010, and we know that we now face a challenge that’s worse, last year being the warmest ever. And we still have a Republican party that’s pushing back and is resisting. We know that the Congress that was elected in 2010 included at least 80 to 100 house members in the Republican Party who are to one degree or another resisting the President on climate change action. So the Republican evangelicals are the ones that really need to join this. That’s why voices among evangelicals such as mine, frankly, are really important.

CURWOOD: How much do you think evangelicals are going to push their usually Republican Congressmen for more political progress on climate change in these next four years?

CIZIK: I think you’re going to find, thousands, tens of thousands, who are doing that. Some of us are even willing to risk arrest through civil disobedience. We were at the White House just a week ago - the Secret Service wouldn’t arrest us, to be quite frank, they didn’t want to do so right before the inaugural. But there are those leaders within our movement who want to raise this issue as a prioritized issue, something that we either succeed on or don’t in this administration as a test of, well, the whole success of the administration. That’s how important it is to us.

CIZIK: We had a pray-in and an interfaith gathering. It’s the interfaith action on climate change movement. And we’ll be back, joined by others led by Bill McKibben and the 350 movement, on February 17. That’s President’s Day. We did it last week because it was Martin Luther King Jr.’s birthday. And he, of all people, is an example to the nation of civil disobedience. And so of all things...praying at the White House, getting yourself arrested...but we’re not going to step back. We’re going to continue to raise this issue before the American public.

CURWOOD: Well praying and sitting-in and getting yourself arrested sounds like the civil rights movement to me.

CIZIK: It is. I have called this - and African American leaders have seconded it - as this is the civil rights issue of the 21st century. Not just for blacks and other minorities here in America, but for the people around the globe, the tens of millions who are being impacted already by climate change. And so, this isn’t something that might happen...it already is. And if we’re not willing, I say, as religious leaders to risk arrest at the White House for praying, then how do we ever expect the rest of the public to listen to us?

CURWOOD: So churches, of course, have a powerful ability to organize and motivate people. What ways do they plan to take action on climate change outside of the political spectrum?

CIZIK: We know that individuals have to change the way they live. But in addition, our churches have to change. That may mean they adopt the Energy Star programs to reduce energy, and we know that churches are doing that already. So there are many different levels other than the political here in Washington in which people need to act. It may be that the President chooses to use his executive power to push to action this time around knowing what happened to cap and trade. Well then, well and good. We’ll support him. We’ll support the EPA. However it happens, you have to have political push that accompanies the other individual community acts.

CURWOOD: Of course you’re leading evangelicals...what do you say to atheists about this? 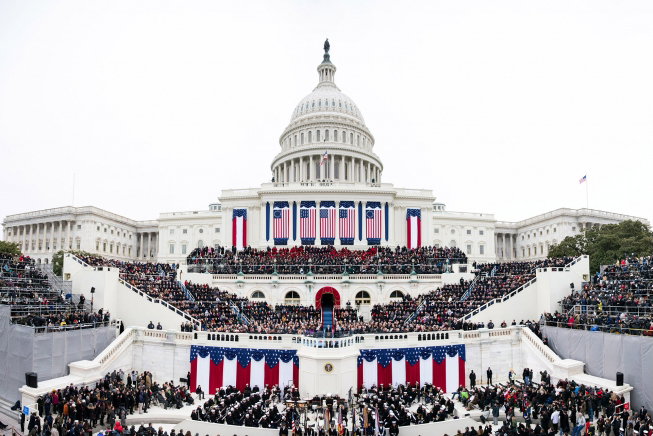 CURWOOD: Richard Cizik is president of the New Evangelical Partnership for the Common Good. Thank you so much, Rich..

CURWOOD: For more reaction on the President’s promise on climate change, including the views of Fred Krupp, head of the Environmental Defense Fund, head on over to our website. It’s LOE.org.

The New Evangelical Partnership for the Common Good