A New International Treaty on Mercury 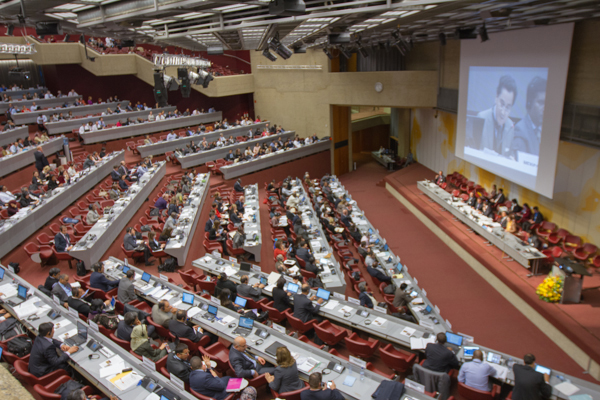 Delegates and scientists from around the world met in Geneva, Switzerland to come up with a treaty that will reduce mercury emissions. (United Nations Environment Program)

UN Delegates from over 140 countries make a deal for a treaty to limit world wide mercury emissions. David Lennett, senior attorney at the Natural Resources Defense Council, attended the meeting in Geneva, Switzerland, and tells host Steve Curwood that the treaty is a step in the right direction but could have been stronger.

CURWOOD: So in the face of rising concern about mercury pollution. There is some good news. On January 19, representatives from 147 nations meeting in Geneva finally wrapped up work on an international agreement to reduce mercury emissions in the environment. The treaty is officially known as the Minamata Convention on Mercury. It’s named for the Japanese city where a mercury-based chemical waste disaster took the lives of almost 2,000 people over the course of three decades starting in the 1930s. David Lennett is a senior attorney at the Natural Resources Defense Council, which participated in the negotiations.

LENNETT: It was tedious. We worked continuously around the clock for six consecutive days. But I think there was a collective sense that we really wanted to get this done. This was the fifth of five negotiations sessions. We were in a situation where we had to finish or fail.

CURWOOD: First, can you tell me what came out of the meeting in terms of gold mining?

LENNETT: At the country level, it requires governments to develop and implement national action plans to reduce the use of mercury. And these plans will focus on prohibiting the worst practices, the ones that really either waste mercury, or cause serious exposures to people involved in mining and their families. At the global level, the treaty also prevents certain supplies of mercury to go to small-scale gold mining – mercury from primary mining of mercury and mercury from chlorine plants that are closing, where large quantities of mercury remain -- cannot be sold for small-scale gold mining purposes on the marketplace. Therefore, we are starting to send the appropriate market signal to miners by reducing the availability of mercury and making it more expensive. 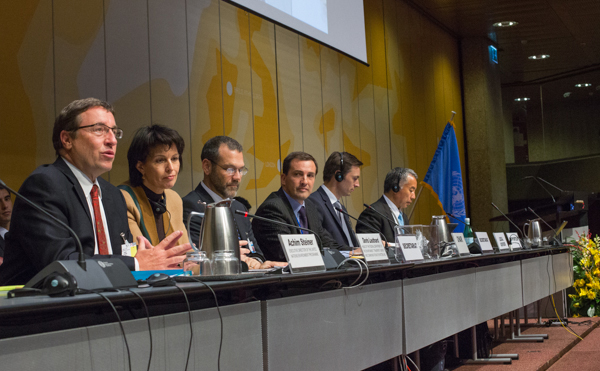 LENNETT: There’s a mandatory scheme created for both new and existing sources. The new facilities have to meet best available techniques, best environmental practice requirements. With respect to existing facilities the treaty provisions are more lax. First of all, there’s up to ten years before requirements or controls have to be applied to existing facilities and then the menu of options available to governments to regulate these facilities is more - quote -flexible and therefore depending on the regime that governments choose, and how aggressive they want to be in setting limits on these facilities will determine how much reductions we get.

CURWOOD: What about China and India? These are places that are building a lot of coal-fired power plants. How likely is it that they’re going to want to ratify this treaty?

LENNETT: China already has emission controls on new and existing coal-fired power plants. They will need to do additional controls on other sources, but they’re already moving. And domestically, they have a special five-year plan, which actually mandates reductions in emissions of five heavy metals, including mercury. So the treaty is very consistent with their domestic policy framework.

LENNETT: India’s got a lot of power plants on the drawing board. And I have to assume that once the emissions language was ultimately agreed to, that they have every intent of ratifying the treaty. For India, I think access to financial and technical assistance will be important, and the best way for them to get it is to be a party to the convention.

CURWOOD: What was the position of the United States at these talks? And how likely is it that the US will readily sign on to the finished treaty?

LENNETT: I think it’s likely the US will try to ratify this treaty because their negotiating position was premised on the fact they could ratify this treaty without any new laws passed by Congress. So the treaty, in some respects, contains provisions which would allow them to do this.

CURWOOD: Now that this treaty is all done, what’s the timeframe for it actually to take effect?

CURWOOD: There are a number of activists who say really this treaty is, well, rather weak. What’s your opinion?

LENNETT: I think there are strong parts of this treaty, and I think there are weak parts of this treaty. It’s a good start. We’re going to need to make improvements down the road to make it better. There’s enough in this treaty to be aggressive, but there’s also wiggle room to not do so much, and we’re just going to have to wait and see what happens. But the world’s better off having this document than not having it.

CURWOOD: David Lennett is a senior attorney at the Natural Resources Defense Council. Thanks so much for taking this time with us today.


A New International Treaty on Mercury