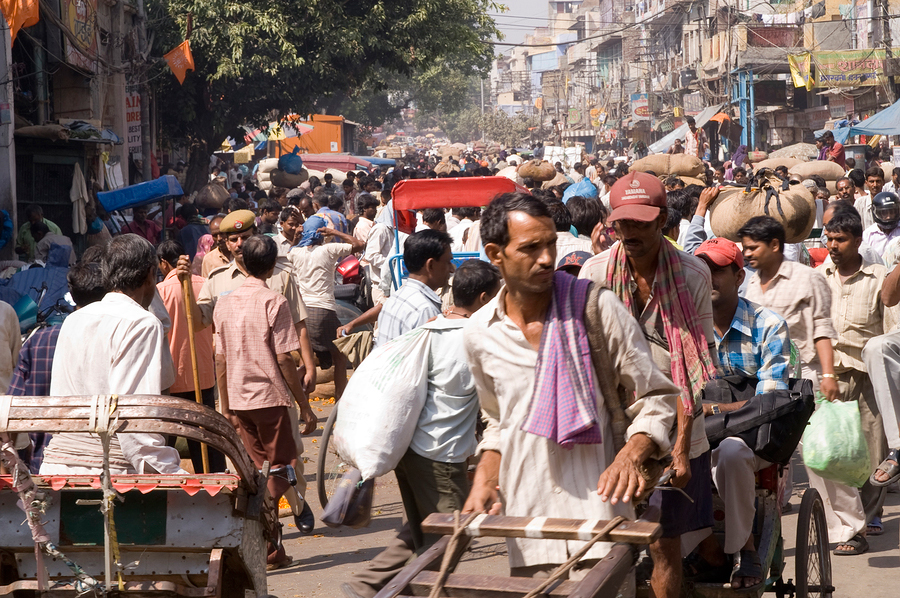 The world population is expected to reach double digits by the end of the century. (photo: Bigstockphoto.com)

The United Nations recently issued a report that anticipates world population will reach 9.6 billion people by 2050, an increase from previous projections. Host Steve Curwood talks with Robert Engelman from the Worldwatch Institute about the factors causing this dramatic population increase.

CURWOOD: From the Jennifer and Ted Stanley Studios in Boston, This is Living on Earth. I’m Steve Curwood. There are more than seven billion people alive on Earth today, and a new United Nations report projects population will be pushing 10 billion by 2050. At the same time, climate change is projected to cause significant sea level rise and flooding, as well as more wild fires and destructive storms. It all raises the question of whether our planet can support so many people, especially as resources become scarcer - an important question as we approach July 11, World Population Day. Population expert Robert Engelman is President of the Worldwatch Institute.

ENGELMAN: This new UN report that came out actually says something very significant about population, which is that it is growing faster, particularly in the poorest countries in the world, than demographers had previously thought.

CURWOOD: But let’s look at the regions of the world where you’re expecting to see the most increase in the population. Where should we go?

ENGELMAN: Well, an interesting country to look at is Nigeria. Not too many years ago, the UN demographers thought Nigeria would have about 290 million people in the middle of the century. They’re now projecting 440 million people for the middle of this century. That’s a huge uptick. Chad, Somalia, Uganda, a number of the poorest countries in the world, particularly in sub-saharan Africa, women are having more children than demographers thought they would be at this point in time. 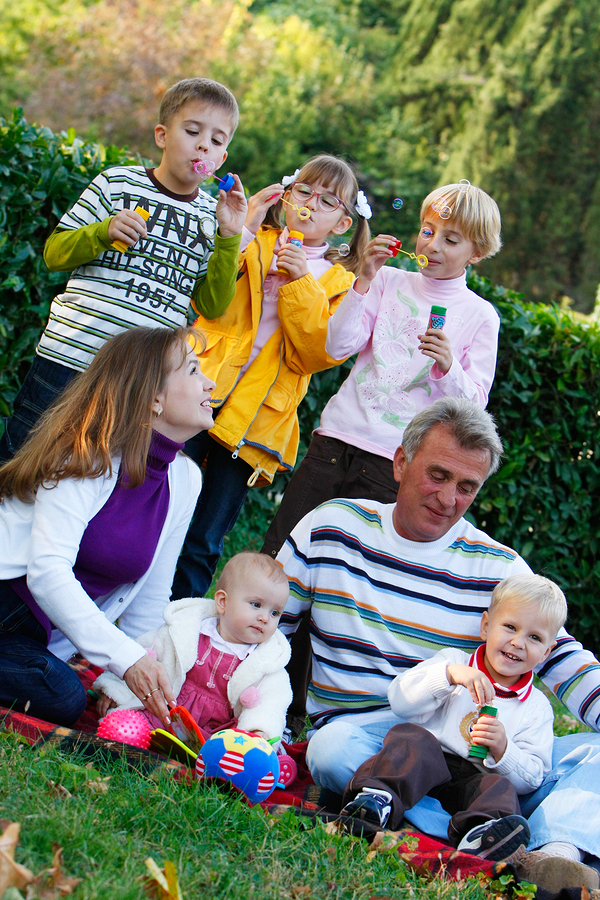 The US has a higher rate of population increase than most other western industrialized countries. (photo: Bigstockphoto.com)

CURWOOD: So as I understand it, the US sends a lot of foreign aid for contraception in the developing world. In fact, I think we’re the largest single donor nation. And yet at times, we’ve had this policy that no funds can go to an institution that supports abortion, or in certain cases, even contraception. How has that strategy changed during the Obama administration?

ENGELMAN: Well, the Obama administration has been more open and tolerant to different approaches to family planning and reproductive health than its predecessor. We’ve gone back and forth between Republican and Democrat presidential administrations restricting aid based on whether providers of family planning also give any advice - just even advice - on abortion. If they even mention abortion, Republican presidents restrict their capacity to provide family planning services with US aid. Obama doesn’t have that restriction. But overall, there just hasn’t been much money put in it. It’s been fairly stagnant, even as the population of women who need family planning is constantly growing, and growing pretty rapidly.

CURWOOD: I would think, of course, empowering women would have to be at the front and center of every strategy to get the population under control. Am I missing anything?

ENGELMAN: I think if you need to look to one single strategy that would have the biggest impact on population growth worldwide and indeed in the United States, you would be looking to women and their capacity to make decisions in their own lives - a critical one of which is their capacity to decide for themselves whether, when, which whom, and how often to have a child.

CURWOOD: So Bob, the projected rise of population comes at this time when climate scientists are telling us we’re going to see rises in sea level, more destructive storms, greater floods, wildfires. A lot of people live in the coastal areas that are especially vulnerable. Given the dwindling resources that we see ahead, how many people can this Earth support, do you think? What is the carrying capacity of Planet Earth? 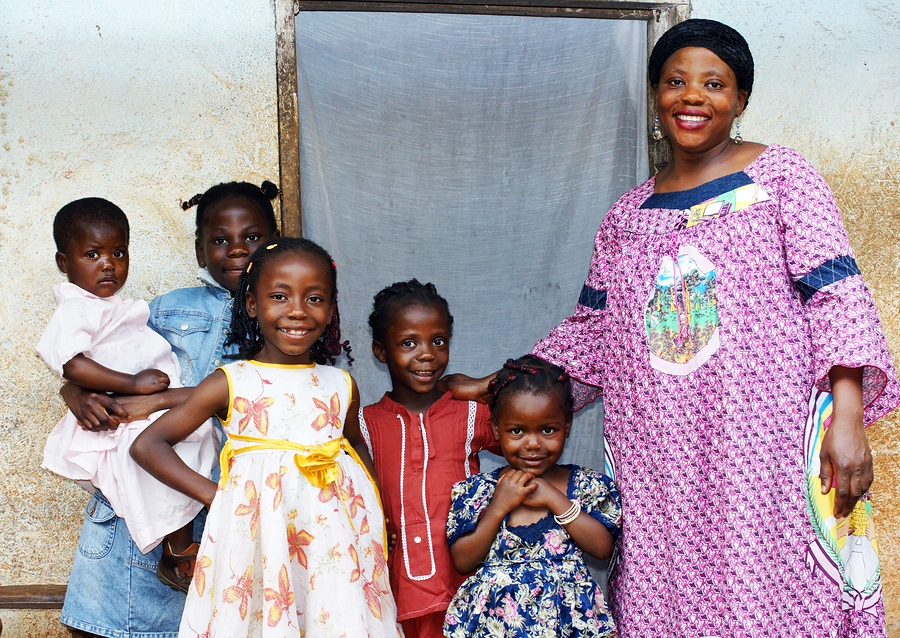 Large families are the norm in many countries in Sub Saharan Africa. (photo: Bigstockphoto.com)

ENGELMAN: No one really knows, Steve. But it is interesting that the UN demographers expect continued increases in life expectancy to the point where the average person will be living 82 years. They expect that to just keep going up because it has gone up for quite a while - which kind of reminds you of financial people who say past results are no guarantee of future performance. They don’t seem to be talking to the climate scientists who are expressing a lot of concern about agricultural productivity in a changing climate, sea level rise, and the UN certainly in the projections, they essentially do assume that the Earth can support any number of people.

CURWOOD: So, what’s the problem here? Is it population? Or is it consumption? I mean, if the world consumed at the same level as a person from Bangladesh or Mali, would we really have a problem?

ENGELMAN: Yes, we actually would. It’s because we are 7.2 billion people that consumption is the problem that it is. But clearly unequal consumption is a huge problem for climate change. Some of us, probably you and me and our fellow Americans, are contributing a lot more to climate change than a person, say, in Mali. But one of the problems is poor countries in terms of their own local environments. Is there enough water in a country like Chad to support another doubling, tripling or quadrupling of its population? That’s not an issue of climate change so much, though climate change might affect it. It’s a question of local resources, arable land, forest, fisheries, renewable fresh water. And that’s the reason that very poor countries, the ones are now growing the very fastest, need to be very concerned about their population growth. And in fact, many of them are.

CURWOOD: Let’s talk about the population rise forecast in the United States. I believe we’re the only industrialized nation that’s going to see our population grow from, what, 300 million at the turn of the century in the year 2000 to more than 400 million by the middle of this century?

ENGELMAN: That’s right, and as high, in these new UN projections, as over 460 million people, nearly half a billion people, by the end of this century. This is partly as a result of the fact we have a lot of young people, and our fertility is somewhat higher than it is, say, in Europe, and other developed countries. And it’s also a result of a topic that’s been much in the news lately - immigration. A lot of people come to the United States, and they contribute to our population growth as well. 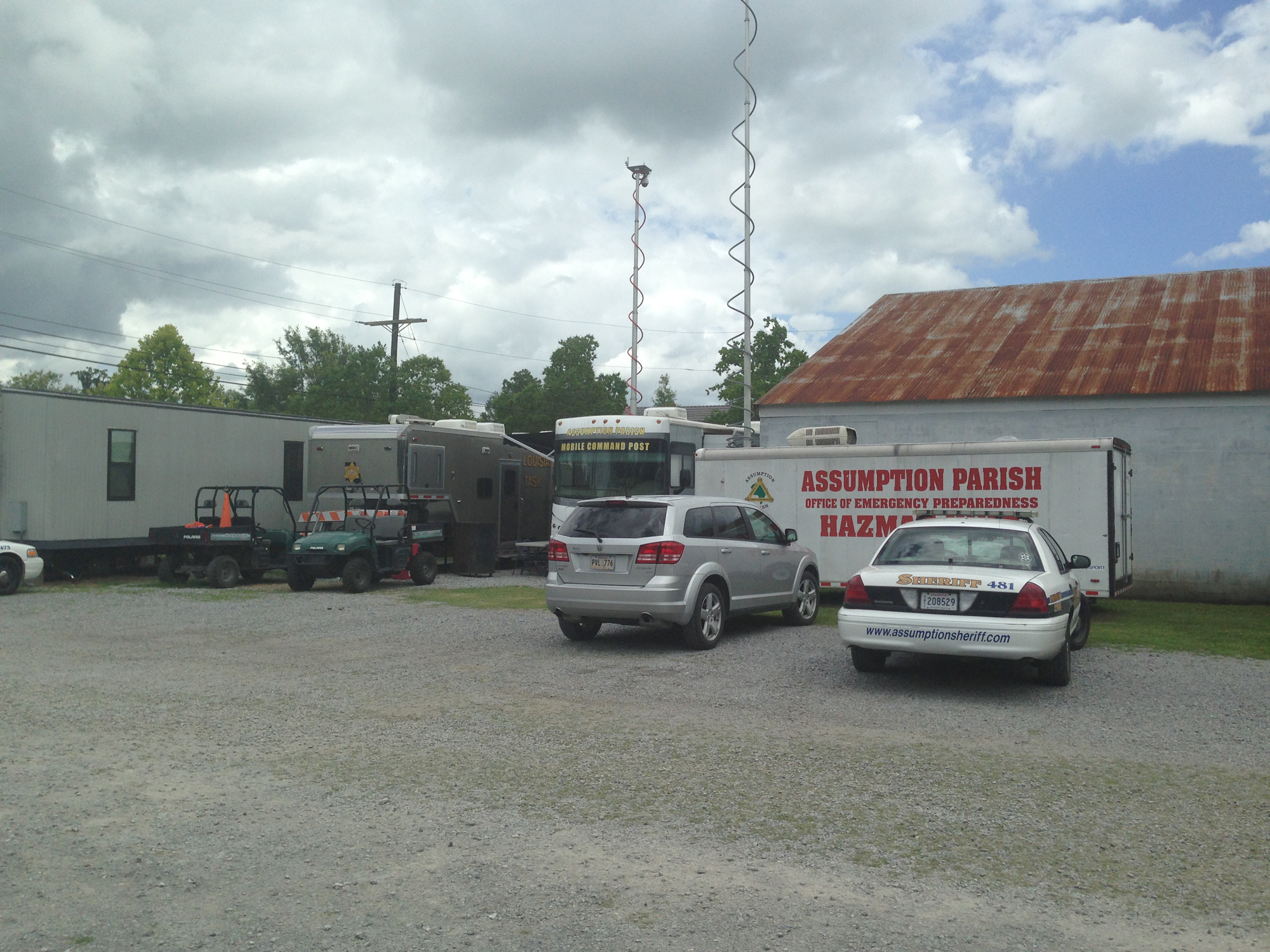 The parking lot of the command center (photo: Emmett FitzGerald)

CURWOOD: Focusing on the United States more, access to birth control and abortion services are pretty hotly contested here still. I was just thinking, not too long ago, Texas state Senator Wendy Davis filibustered for 11 hours to block this restrictive anti-abortion law moving through the legislature in Texas. And of course, earlier this year, the Obamacare provision providing free contraception to women came under attack from certain political parts of the spectrum who likened it to promiscuity. Wow, how advanced are we really, here in the United States?

ENGELMAN: Well, this is an amazing thing for a very developed country with a sophisticated system of health care. We are genuinely conflicted about sex, about contraception, about reproduction, and abortion is the most obvious expression of that. There’s a significant division nationally on abortion clearly, but the fact that it affects whether we want to make contraception as widely available as possible to anyone who wants to use it, is really fairly surprising for a modern developed country in the early 21st century. And the fact that it’s still so controversial in this country is one of the reasons that, amazingly, nearly half of pregnancies that occur in the United States are not intended. 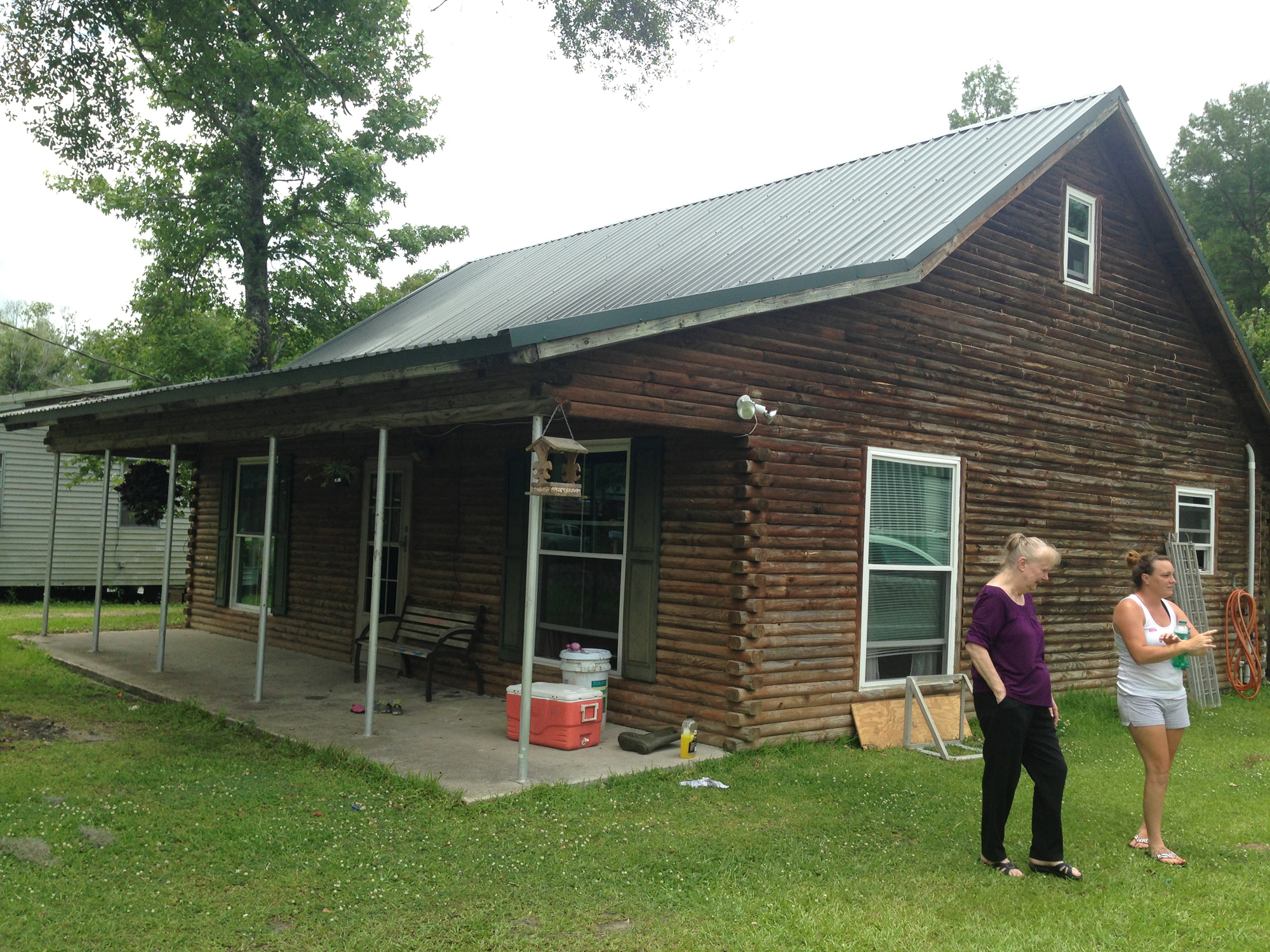 Wilma Subra and Jennifer Gregoire outside of Jennifer’s home on Sauce Picante. The Gregoires are living down the road in Pierre Part, but they come back every couple of days to check on the house.

CURWOOD: So July 11 is World Population Day. What suggestions do you have for people listening to this broadcast about what might be done to commemorate it?

ENGELMAN: The best thing you can do on World Population Day would probably be to write a letter to your representative, your national representative, your state representative, maybe to President Obama, just to say this is an issue that I actually think is really important, that I really care about; I don’t hear you talking about it very much, but I wish you would. I think the public is really interested in this issue, but politicians don’t seem to be hearing that message, and it would be good if they did.

CURWOOD: Robert Engelman is President of Worldwatch Institute. Thank you so much, Bob.