The Risks of Oil Trains 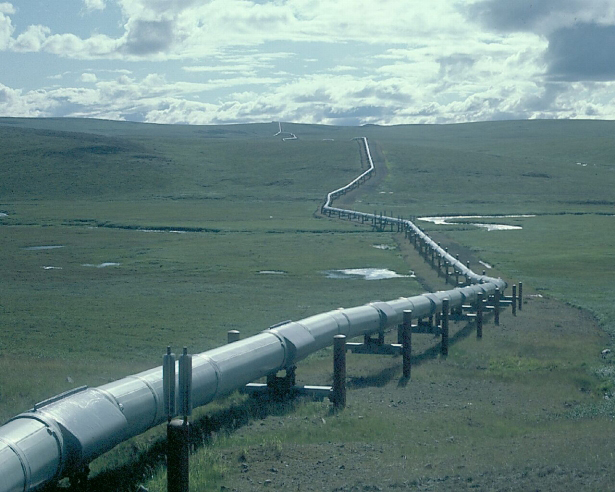 Pipelines transport the vast majority of US oil. (US House of Representatives)

A train laden with crude oil recently derailed and exploded in a small town in Canada, leaving 50 people dead or missing. Use of trains to transport oil has increased dramatically in the last few years as fracking technology makes oil more available in areas without pipelines, such as North Dakota. Living on Earth’s Bobby Bascomb reports on the relative safety of trains versus pipelines to move oil.

CURWOOD: From the Jennifer and Ted Stanley Studios in Boston, this is Living on Earth. I’m Steve Curwood. The recent spate of oil transportation accidents is fueling debate over how we should be moving fossil fuels. A messy tar sands oil pipeline spill in March in Arkansas was followed by the July 6th derailment of an oil train in Canada, which incinerated the center of a small town in Quebec and left 50 people dead or presumed dead. The train was bound for a refinery in New Brunswick, loaded with 72 cars full of crude oil from the fracking boom in North Dakota. These disasters raise questions about the relative safety of trains versus pipelines to transport oil, and Living on Earth’s Bobby Bascomb has been investigating.

BASCOMB: The use of trains to transport oil has skyrocketed in the US - up 160 percent in the first quarter of this year compared to last. A large part of that rise is due to the development of the Bakken shale formation in North Dakota. In April of this year, North Dakota exported nearly 800,000 barrels of oil a day compared to just 80,000 barrels a day a decade ago. Three quarters of the crude left North Dakota by train and as fracking technology continues to make the oil more available that amount is only expected to go up. That’s according to this statement from the American Fuel and Petrochemical Manufacturers.

ANNOUNCER: The tremendous expansion of U.S. oil production and the lack of adequate infrastructure due to a costly permitting process ensure more use of rail to ship crude oil east and west. To meet the demand, producers have made significant investments in the infrastructure necessary to transport crude oil by rail. Rail safely and capably transports thousands of people and commodities every day without incident.

BASCOMB: When it comes to the safety record of transporting oil - trains and pipelines are essentially the same, says Brigham McCown, the former head of the Pipeline and Hazardous Materials Safety Administration. 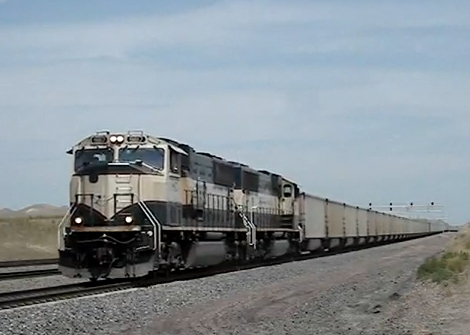 The use of trains to transport oil is rising as more domestic oil is tapped in areas without pipelines, like Nebraska. (US Geological Survey)

MCCOWN: When you look at total volume, pipelines do have a little bit of an edge in safety but, we’re splitting hairs in thousandths of a percent at that point.

BASCOMB: Both trains and pipelines have a safety record of better than 99 percent. However, because pipelines transport 96 percent of oil in the US, they are responsible for many more spills each year. Just the day before the Canadian accident, for example, a pipeline in Montana spilled 25,000 gallons of gasoline on the Crow Indian Reservation. The Association of American Railroads says in the last decade more than 470,000 barrels of oil were spilled by pipelines versus just over 2,200 spilled by trains. And there’s another way pipelines are superior, says McCown, and that’s carbon emissions.

MCCOWN: A pipeline is like a one way street; when you get to the end there’s no return trip required. When you look at the carbon intensity of a locomotive, even though they are very efficient, you have to make that 1,200 to 1,500 mile trek, and then you have to turn the train around and bring the train back.

BASCOMB: Trains traditionally made that trek carrying coal but demand for coal is falling as natural gas becomes cheaper to extract. So the railroads are happy to have oil companies as a new customer. But McCown says it costs much more to transport oil by train than pipeline.

MCCOWN: For about a thousand mile journey a pipeline will add about $5 per barrel on to the cost and railroad would be $15 for the same amount.

BASCOMB: So pipelines are slightly safer, cheaper and produce fewer carbon emissions - all arguments cited by supporters of the proposed Keystone XL pipeline to bring Canadian tar sands oil to Gulf Coast refineries. The State Department report on Keystone calculated that the Alberta oil would be extracted even if Keystone isn’t built. The oil company TransCanada would just transport its oil by railroad. But Kate Colarulli, director of the Sierra Club’s Beyond Oil campaign says that argument doesn’t hold water.

COLARULLI: The State Department’s analysis has been roundly criticized for being out of date and not based on current market information. Just recently Goldman Sachs, they’re one of several different industry groups - financial industry and oil industry groups - that have come out and said that Keystone is actually a lynchpin for tar sands expansion. Rail is not a viable alternative for technological and economic reasons.

BASCOMB: And if rail transit is not a viable alternative to Keystone, critics argue that the pipeline project is essentially dead.

COLARULLI: Because the tar sands have been shown to have much greater climate consequences, it would be a mistake to continue to invest in expanding the tar sands.

COLARULLI: I worry about some of the news reports I see that are suggesting we have to choose between pipeline disasters and rail car disasters when in truth we have the technology to dramatically reduce our oil use and thereby reduce the harm our reliance on this fuel causes.

BASCOMB: But following the disastrous runaway train in Canada, authorities are reevaluating the safety of moving oil by train.