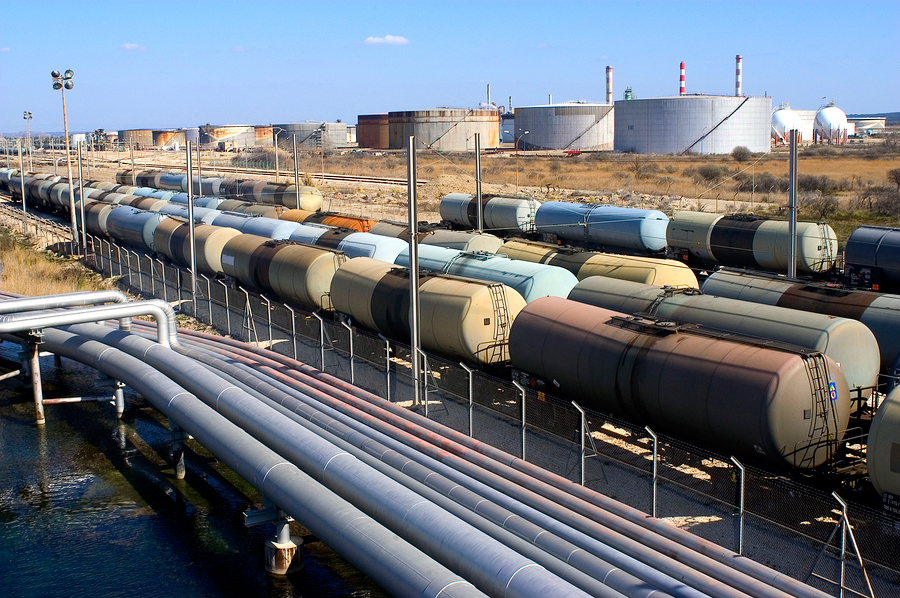 Plans are underway to build terminals in the Pacific Northwest to transport coal from Wyoming as well as North Dakota's oil from trains to refineries. Ashley Ahearn of the public media collaborative EarthFix tells host Steve Curwood that the more local residents learn about them, the less popular the proposed fossil fuel terminals.

CURWOOD: Concern over the climate is also feeding the debate over fossil fuel transport. In the Pacific Northwest there's controversy over proposals to carry massive amounts of coal by rail from Wyoming to new export facilities in Oregon and Washington. And now the train tragedy in Quebec has officials rethinking plans to lease and develop a new deep water oil terminal for the west coast. Ashley Ahearn of the public media collaborative EarthFix has been following these developments and is on the line from Seattle. Hey, Ashley, tell me about these plans and what's going on now.

AHEARN: Well Steve, the same oil that was in the train that exploded in Quebec is also moving through the Northwest. This is oil from the Bakken oil fields of North Dakota. And there are now 11 places in Washington and Oregon considering building terminals that would take the oil off of the trains and put them onto ships bound for west coast refineries. So this is now small change, when we look at capacity here. When you combine all 11 places, you’re looking at 700,000 barrels of oil moving through the northwest every day. And to give you a sense of perspective, Keystone XL is 830,000 per day.

So we’re definitely within the same ballpark here. And the largest of the proposed terminals in the Northwest could be built in Vancouver, Washington, and this terminal would handle up to 360,000 barrels per day. That would mean 70 trains coming through the Columbia River Gorge every week carrying that oil to and from the Bakken oil fields. So the tragedy in Quebec has definitely given the port commissioners pause as they consider the lease to have this terminal built, that’s for sure. But that being said, my sources there say they’re still optimistic that the terminal will go forward, and they’re going to be having a vote later this month and potentially postpone the review a little bit, but there’s a very good chance that that terminal could still be built.

CURWOOD: Ashley, but even if oil could be carried and a terminal developed safely, the whole notion of that kind of development seems to be at odds with the pledge that President Obama gave about Keystone, regarding oil, in his climate change speech on June 25.

OBAMA: Allowing the Keystone pipeline to be built requires a finding that doing so would be in our nation’s interest.  And our national interest will be served only if this project does not significantly exacerbate the problem of carbon pollution.  [APPLAUSE]  The net effects of the pipeline’s impact on our climate will be absolutely critical to determining whether this project is allowed to go forward. It’s relevant.

CURWOOD: But the President’s views may not be so relevant in the northwest when it comes to the coal export question. How was Obama’s climate plan received there?

AHEARN: Well, you hear a lot of applause on that recording, and there was a lot of applause in the environmental community out here as well. But I think there’s a really interesting angle of his speech that’s missing, something that people in the northwest are also watching, and that is this export of fossil fuels through the northwest. When you talk about the potential - if three proposed terminals are built out here - of doubling US coal export capacity. There’s no mention of that in Obama’s climate plan anywhere. What are CO2 impacts of exporting that coal? And potentially that oil as well, as we were just talking about. 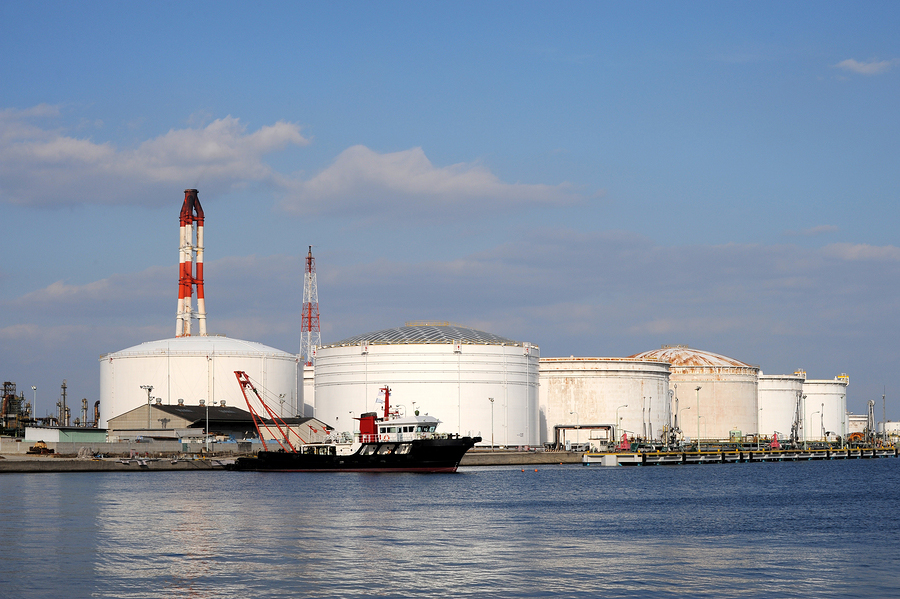 So it’s great for Obama to make a statement about what are the potential impacts to Americans of something like Keystone XL, but meanwhile, fossil fuels seem to be sneaking out the backdoor of the country, and the President is making these lofty statements, but we’re not really hearing that in terms of any sort of consideration of climate change in the review of these proposed export terminals in the Northwest. And most recently, the Army Corps testified on this issue before a House subcommittee, and the representatives said that indeed, no, climate change is not going to be factored into the review of the largest coal export terminals proposed for the United States. This is Jennifer Moyer with the Army Corps of Engineers.

MOYER: The appropriate application of our regulations have led us to the conclusion that the effects of the burning of the coal in Asia or wherever it may be is too far removed from our action to be considered as an indirect effect or a cumulative effect of our action itself.

CURWOOD: That’s Jennifer Moyer of the Army Corps of Engineers. And what she’s saying seems pretty clear, but I’m confused as to the science, because any molecule of CO2 anywhere adds to climate change. How was that response from the Corps received in the northwest?

AHEARN: Well, first of all, you’re right, Steve, any molecule does contribute to global warming. And Rep. Waxman of California fired right back at Jennifer Moyer and said, what about the fact that the Army Corps is responsible for the waterways of the United States, and if you’re dealing with sea level rise, that’s arguably already making your job harder around the country when you look at places like New Orleans, for example. And here in the northwest, the Army Corps statement was a real blow to environmental groups who have been watching the coal export debate. However, as you might imagine, it was received very well by the proponents of coal exports in the Northwest.

One interesting thing though that’s emerged from my sources, is that the Army Corps is overseeing these coal export projects as a co-lead agency with the State Department of Ecology. And the State Department of Ecology was not consulted before the Army Corps made this announcement before Congress, that they were not going to consider climate change in their review of the coal export proposals. And so far in the review process, the public has submitted thousands of comments in the pre-scoping process to say, yes, we want climate change considered in the proposed export terminals. And so, for the Army Corps to make this announcement without talking to their co-lead agency is a little bit of a shot across the bow, and it will be interesting to see how these two agencies work together to oversee these proposed coal export terminals. And, Steve, I’ve been taking a close look at the climate change implications of these coal export terminals. And one of my sources is Dan Jaffe, he’s an atmosphere scientist with the University of Washington. And he says, make no mistake, the climate change implications need to be taken into consideration here.

JAFFE: If we don’t consider the climate impacts from burning coal, whether it’s here or somewhere far away, pretty much the climate game is over and we lost.

CURWOOD: That’s Dan Jaffe of the University of Washington. Ashley, tell me, what’s the mood of the public about these projects, especially the coal terminal projects?

AHEARN: This has been a hugely divisive issue. It’s really interesting traveling through towns along the railways, especially along the I-5 corridor that runs up Puget Sound. This is the route of many of the coal trains that will be heading to the largest proposed coal export terminal, and you see signs in people’s yards, both pro and against. And EarthFix has commissioned independent surveys, public surveys, to try and get a sense of what the general public is thinking about these coal export terminals. And back in 2012, 55 percent of people actually supported the coal exports. But in a most recent survey we did in June, 41 percent support them. So we’re seeing a dip in the public support for coal exports in the Northwest. And interestingly enough, when people were surveyed back in 2012, people said the more they knew about the coal export terminals, the less likely they were to support the proposals. So that shift may be already showing up in our numbers if you look at the results from 2013, and then look back at the results for 2012. It’s a really interesting debate that’s only going to heat up more as the review process continues here in the northwest, Steve.

CURWOOD: That makes things difficult for coal, and of course, for oil. That horrific accident also must have the public concerned.

AHEARN: Yes, I think when you combine these two, and you look at potential impacts to rail infrastructure and traffic, as well as safety in the Northwest, you know the climate change story is the big picture story. But there’s some very real local impacts that people are following, and starting to get a little more concerned about in this region.

CURWOOD: Ashley Ahearn is with the public media collaborative, Earthfix in Seattle. Thank you so much, Ashley.