Oil and Gas Wells Under Water 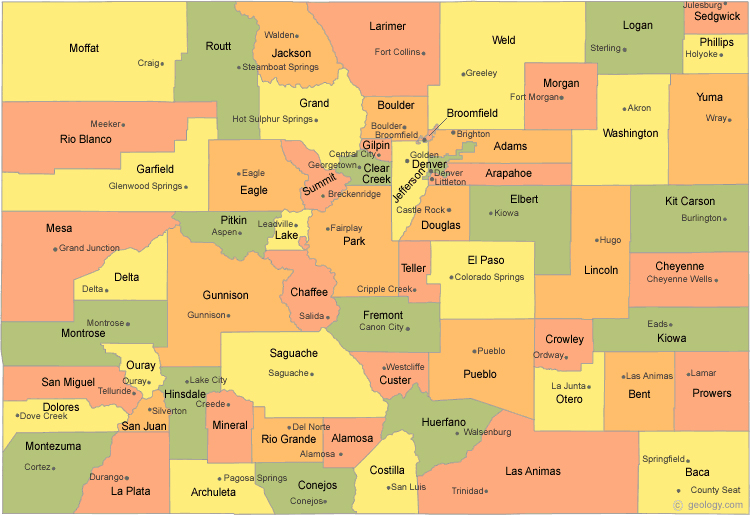 Weld County in the northeastern portion of the state is ground zero in Colorado for oil and gas production, agriculture, and this year’s flood.

Weld County Colorado is home to more than 20,000 oil and gas wells, and related storage facilities, and installations have already spilled thousands of gallons of crude onto the flood plain. Todd Hartman of the Colorado Department of Natural Resources explains to host Steve Curwood that assessing the damage and controlling the oil in the surface water are the biggest priorities.

CURWOOD: As the water recedes, authorities are scrambling to assess the extent of the damage. Weld County, northeast of Boulder, is the state’s leading agricultural producer, and also its second largest producer of gas and oil. Aerial photos of the area show several drilling platforms and oil
tanks toppled or washed away in the flood. Todd Hartman is with the Colorado Department of Natural Resources.

HARTMAN: There are about 20,000 active oil and gas wells in Weld County. Now that’s not to say that many wells have been impacted by this event, but surely I think it’s safe to say we’ve had hundreds of sites affected one way or the other.

CURWOOD: So what types of contaminants are in the area that could find their way into the environment as a result of this flood?

HARTMAN: To answer that question broadly, there are a number of municipal sewage treatment plants that have already been affected, there are enormous agricultural activities, so you have anything from pesticides, herbrbicides, and the sort of large diesel storage tanks that you might see on a lot of farms. And, of course, as you point out, you have a great deal of oil and gas development.

More than anything you have tanks and wellheads that capture the oil that comes up from the ground, and the tanks store the oil - it’s crude oil. A lot of folks have expressed concern specifically about fracturing chemicals, chemicals used in the hydraulic fracturing process; the number of sites that may have actually been fracking going on when this flood occurred is anywhere from few to perhaps zero. I think that’s still being sorted out. So, I guess my major point here is, that’s not to downplay the issue at all, because we do have crude oil stored in tanks at many of these sites, and clearly you don’t want that escaping into the environment. 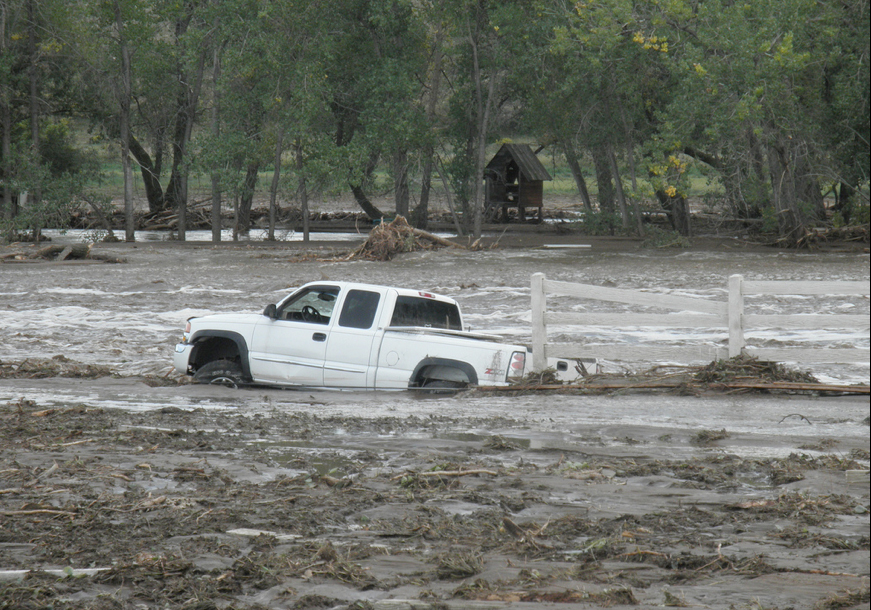 A truck is washed away in Longmont, Colorado. (Photo: Nurpu)

CURWOOD: Yes, there are pictures one can see of the oil tanks toppled over, the drilling platforms destroyed. How large a concern do you have there that the oil spills could turn out to be a widespread problem, and how resistant are these wells to flooding situations?

HARTMAN: Generally speaking, those are double-walled tanks, and they’re pretty robust, but that’s certainly not to suggest that they would be immune to problems here. We do have concerns about the scenes you’ve described, and we’re out there now to get a sense of whether this is a widespread problem. We don’t know quite enough yet to say with any certainty this is either a very small impact or a very large impact.

CURWOOD: How concerned are you the contaminants might be finding their way into groundwater, which could potentially, of course, become a public health problem?

HARTMAN: That’s absolutely a concern. I’m no hydrologist, and I’m not a scientist and so I hestitate to make this point, but I would say, since you specifically asked about groundwater, initially, if you did have a problem, this is going to be carried in surface waters, and surface waters would be the most immediate concern. I think over a longer period of time, as the waters recede, and we have a better sense of water occurred, we will be looking at groundwater impacts and trying to determine what the impacts on groundwater are. But I think our immediate concern here is the more obvious and visible impacts.

CURWOOD: What about the question of sediment contamination in the weeks, months, years ahead? There’s a lot of agriculture there in Colorado. How might farmers, ranchers be affected, be concerned about pollution on their land following this great flood?

HARTMAN: Well, I think they should be very vigilant about that. We are taking it seriously. We, like the farmowners and landowners will want to know about that. We will be looking for it ourselves because it’s in nobody’s interest to have sediments, soil contamination or groundwater contamination. We all benefit from the agriculture that takes place in that region, and, in fact, all that food is consumed here in the Denver Metro area so there’s a high level of awareness there.

CURWOOD: I’m wondering, if, in the future, the experience of this flood might affect how you handle permitting for oil and gas wells.

HARTMAN: Well, I think anytime something out of the ordinary like this happens, it’s an opportunity to ask ourselves, can we do better? Is there a regulatory approach that needs to be reviewed here? By the same token, you have to balance that with the idea, this is, at least at this point in our state’s history, an extremely unusual event, and do you build regulations around an event this unusual or is there some middle ground you reach? Doubtless we will be examining closely what occurred here, what the impacts were, and whether there are things we can do in our regulatory capacity to address this if it were to occur in the future and reduce those impacts. But it’s awfully early for us to be thinking about that when we still don’t fully understand what the impacts were.

CURWOOD: Well, good luck sort of seems lame compared to what you’re up against.

HARTMAN: [LAUGHS] Well, I appreciate the sentiment. It’s good to speak about it with you.

CURWOOD: Todd Hartman is a spokesman with the Colorado Department of Natural Resources. Thanks so much, Todd.

HARTMAN: Thank you very much.