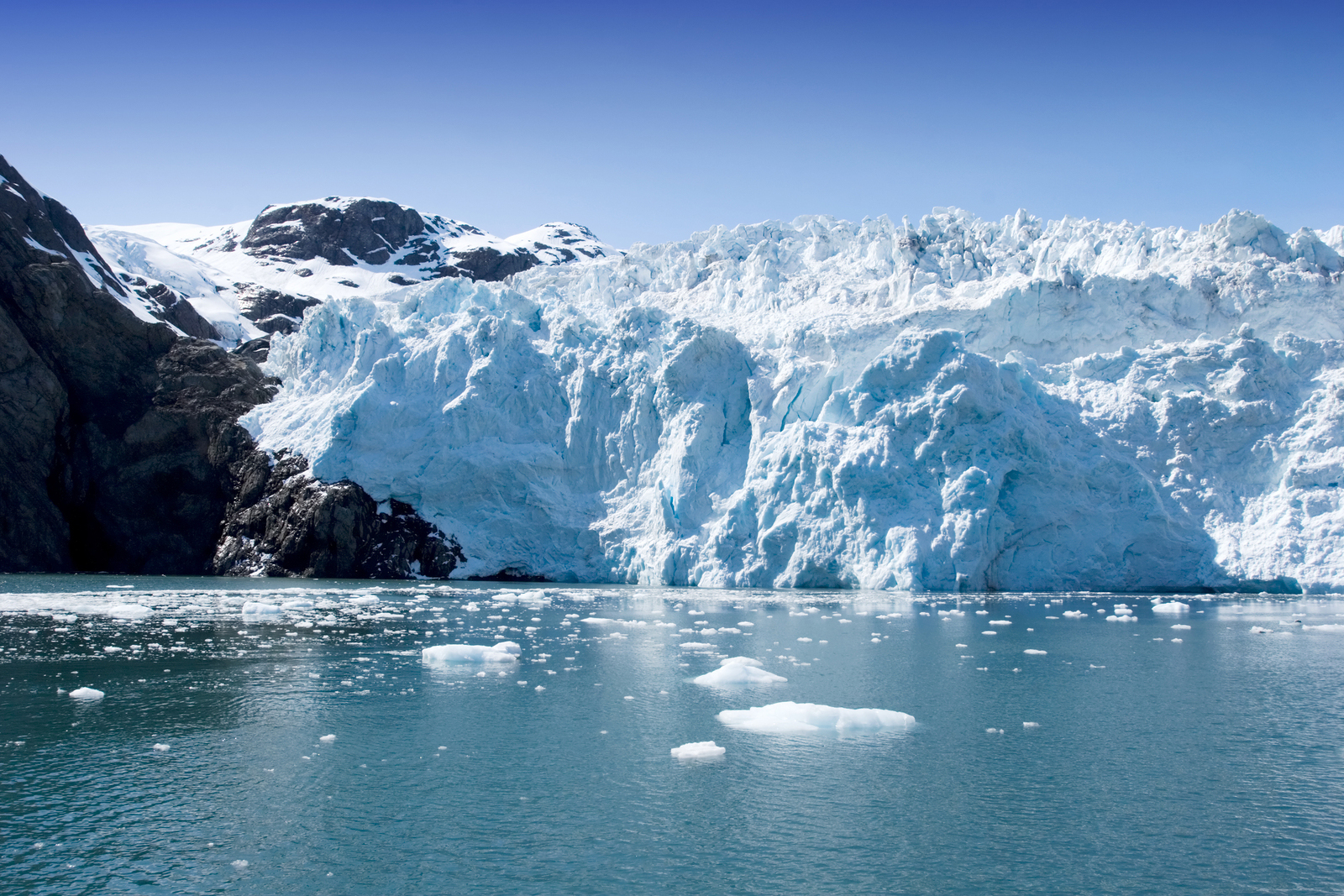 A landmark report from the UN’s Intergovernmental Panel on Climate Change (IPCC) says scientists are 95% certain that humans are responsible for global warming. Harvard scientist James J. McCarthy tells host Steve Curwood that arctic ice continues to melt and sea levels are rising faster than earlier predictions, as almost all of the planetary warming is being absorbed by the oceans.

CURWOOD: From the Jennifer and Ted Stanley Studios in Boston this is Living on Earth.

I’m Steve Curwood. The Intergovernmental Panel on Climate Change, or the IPCC, has finally released the first part of its fifth assessment. Every five years or so, more than a thousand scientists come together to consider the risks of human induced climate change, its potential impacts and the options for response. This first part looks at the latest scientific evidence. The findings on impacts and possible responses will follow next year.

Professor James McCarthy, an oceanographic biologist at Harvard, was prominently involved in drafting and editing the past four IPCC reports, but is watching this one from the sidelines. I caught up with him at his lab at Harvard where he told me that scientists have again upped their certainty about global warming, declaring that it’s 95 percent certain human activity is causing the biosphere to warm. 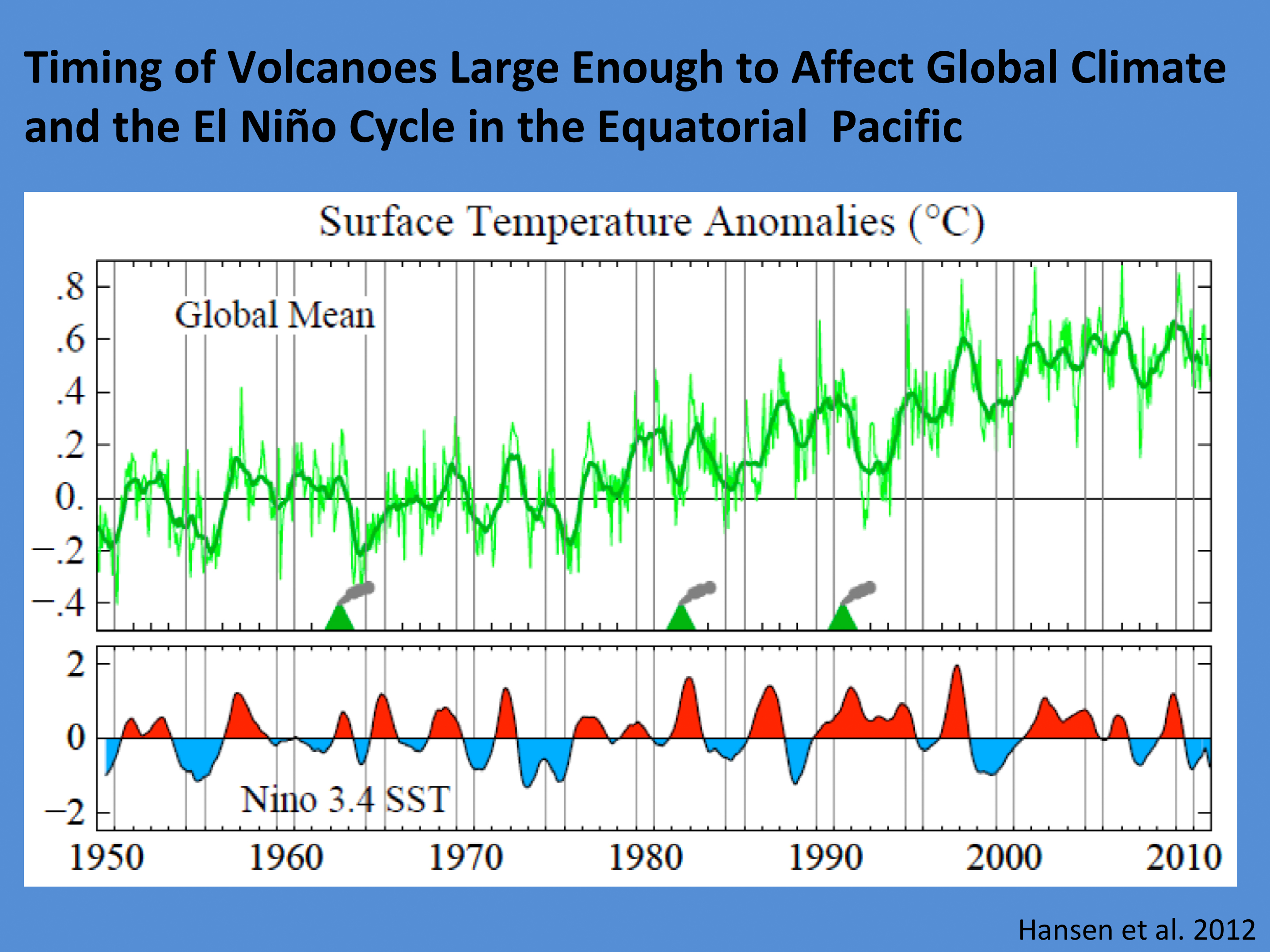 MCCARTHY: Everything we thought we knew about climate change we know even better now, and we have a longer record so we’ve seen more change, and we can be more confident of whether or not these reflect trends linked to climate or not.

CURWOOD: Now, there’s a significant portion of the scientific part of the IPCC assessment that’s devoted to explaining why the rate of atmospheric warming has actually been going down. The rate, things are still increasing, of course, but the speed to which they’re increasing seems to be going down. What explanations do they offer?

MCCARTHY: Well, first, I think it’s a mistake to focus on that. It’s the surface warming; it’s just one of arguably a dozen or so indicators of climate change. For a long time, climate scientists have realized that this global average surface temperature is something that’s easily expressed, and perhaps most easily followed, particularly for the non-scientists to get a sense of what’s happening. But if you look at the ocean, or you look at the Artic, you see there’s no slowdown. The Artic Ocean is continuing to lose ice. Right now, in the summer, the amount of ice in the Artic, that is the area with thickness is only about one-fifth what it was in 1980. 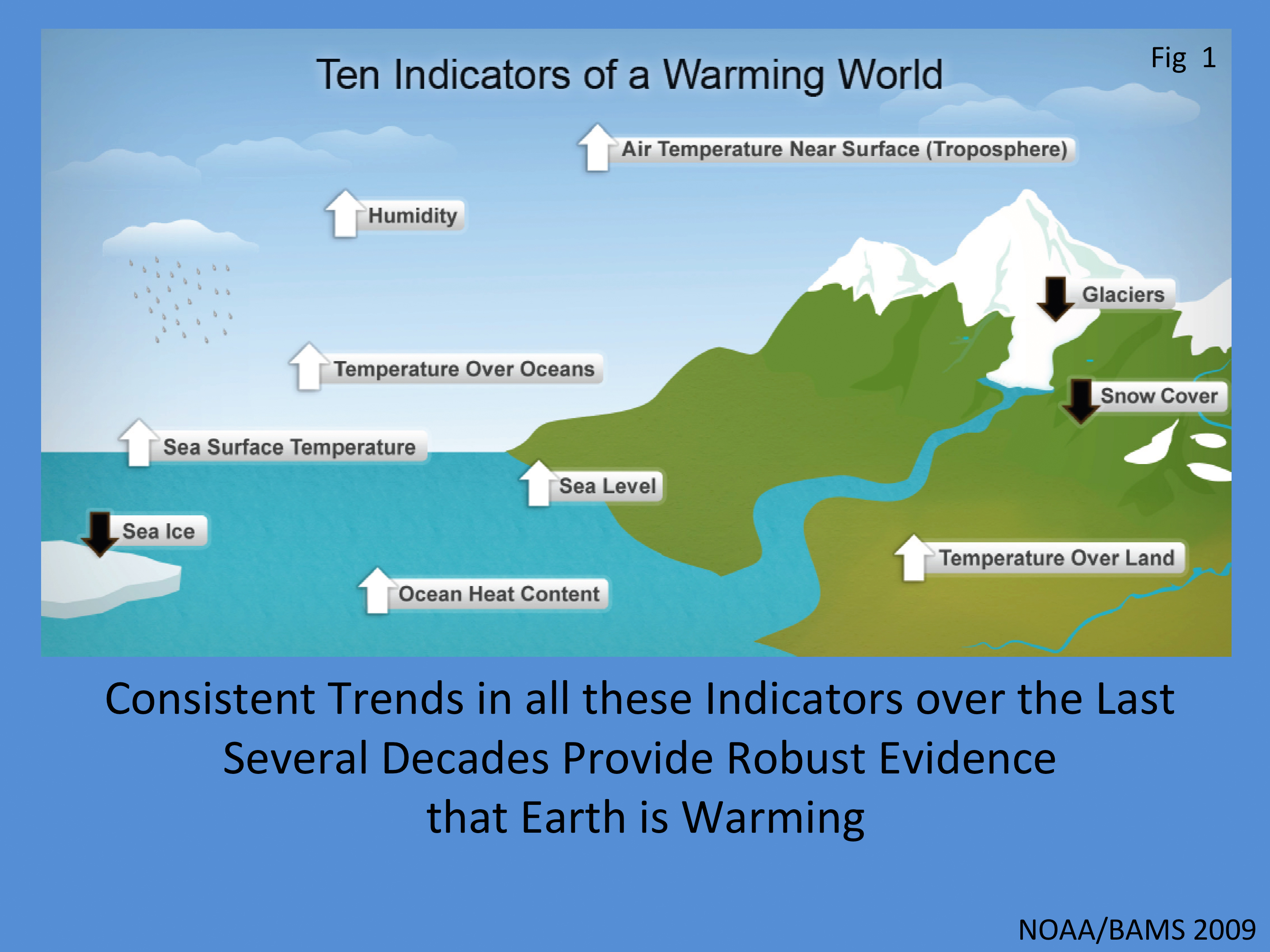 The deep ocean over the past decade has continued to accumulate heat, it shows no slowing relative to the prior few decades. The ocean is changing, at depths as deep as 2,000 meters, which I can tell you, when I was a graduate student working in the north Pacific, if you had told me this would happen in my lifetime, I would have said, “That seems impossible.” Just think about how much heat that would be to mix all the way to a depth of 2,000 meters, yet we see this worldwide now. So records show us, about 90 percent of the additional heat that the Earth’s system has absorbed as a result of the greenhouse gases is actually in the ocean. That’s why, I think, if you get overly concerned about what surface temperature data are showing, you’re missing the big picture.

CURWOOD: What are the consequences of this deep ocean warming, do you think?

MCCARTHY: One of the consequences of the deep ocean warming is that it will be with us for a while. The ocean circulation moves slowly at depth, which means it will be hundreds of years before the ocean comes to equilibrium, which means over that time, the ocean will continue, as that heat mixes, to expand its volume the way mercury rises in a thermometer when the air temperature warms. So this is one of the reasons that sea level rise, regardless of what we do with emissions now, will continue to rise for a long time after we stabilize emissions. 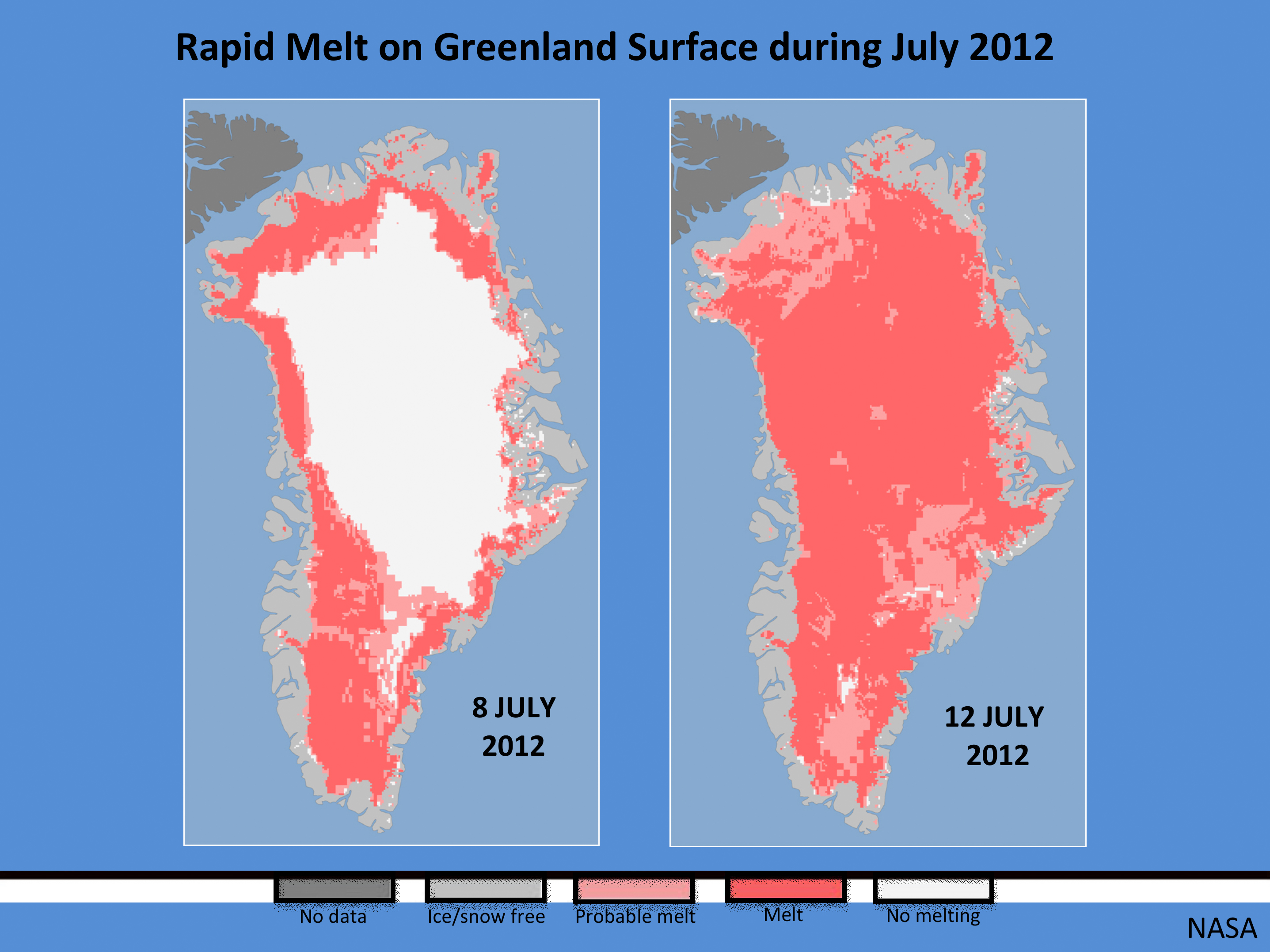 Melting atop the Greenland Ice Cap in the summer of 2012 (image: NASA)

CURWOOD: Much is being made about how much more carbon we can safely burn at this point. Well, what do you think? What do you see as the carbon budget for the planet?

MCCARTHY: Well, this has been in the news a lot, and I think it’s a very intriguing argument. The great paper Rolling Stone that Bill McKibben laid this out, the great work that the Carbon Tracker is doing. It’s showing that, if all the reserves that have been identified for fossil fuels could conceivably be combusted to drive our fossil fuel economy were to be burned, the planet would be uninhabitable, and to say uninhabitable, well, that’s an overstatement for some, but in many cases, certainly areas that are well populated today - many of our coastal areas - will be uninhabitable. 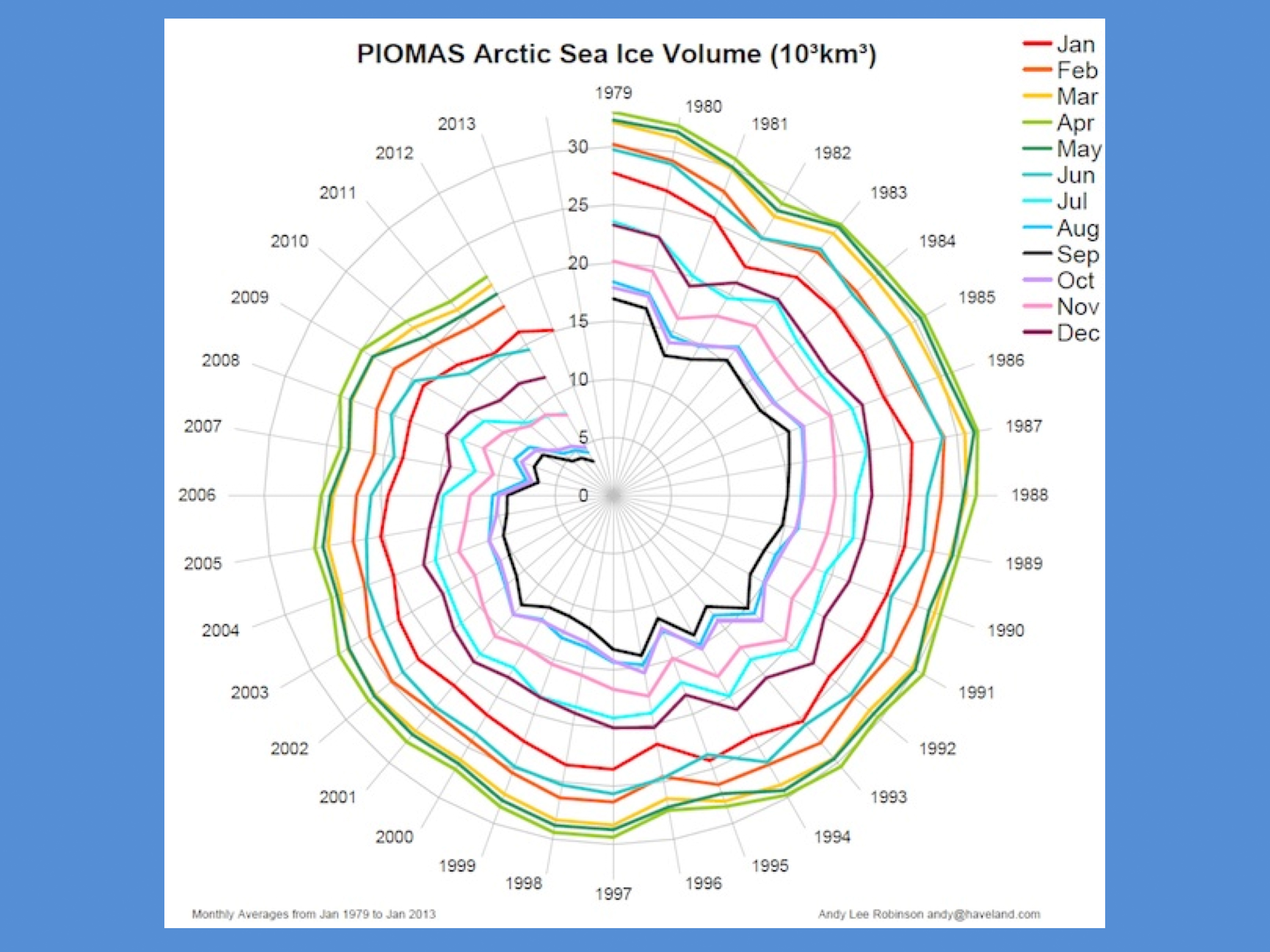 MCCARTHY: One of the frustrating things about the news coverage right now, frankly, is that it’s all about Working Group One, the science assessment. Working Group Two, which won’t be out for a few months, is the “so what?” question. So, I mean, should it really matter the Earth is warming or precipitation patterns are changing? Then following that, Working Group Three is the one that will look at policy options, mitigation strategies, cost benefit analysis...and I expect, Steve, that there will be far more specific recommendations about what could make a difference in terms of policy options that we’ve had in the past.

CURWOOD: So you’re not in this process this time, but if you were, what would perhaps be the most important recommendation you would make or want to have in this final report? 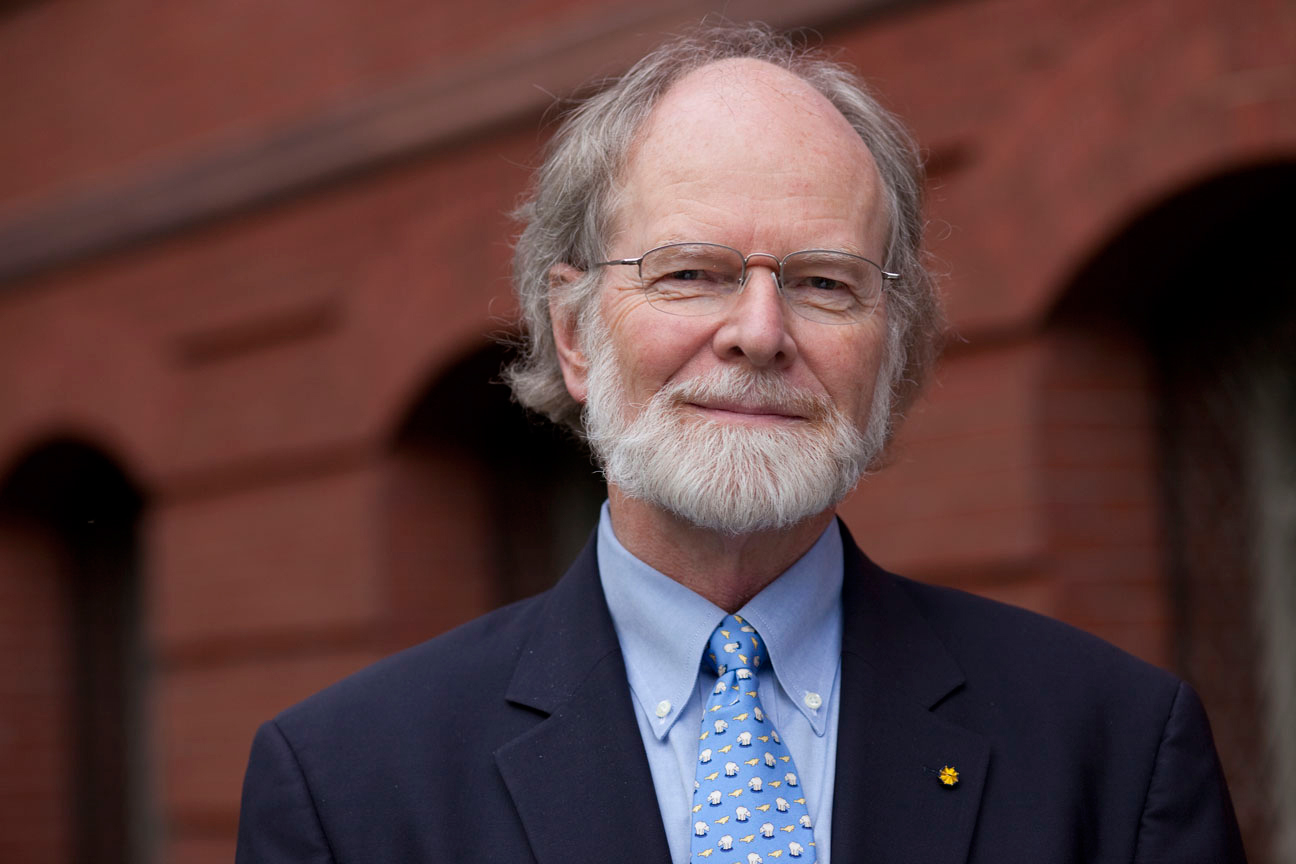 MCCARTHY: Well, I think one of the most important things to note is that we have made substantial process in the last decade that has not come about as a result of international partnership or even leadership on the part of key nations. But I think where we can see extraordinary progress is in cities around the globe. The cities have shown it is not that difficult to reduce CO2 emissions. The city of Boston under Mayor Menino launched a plan in 2010 to reduce emissions in the city by 25 percent by 2020. It’s happening. This was not an unrealistic target, and other cities are doing the same. So where you're free from the partisan politics, where you’re free from the enormous enormous power of the fossil fuel industries that have influenced so many of our elected officials, when you have mayors who are accountable to their citizens, who know they have to deliver something, you can see this actually works.

CURWOOD: To what extent do you think this latest assessment from the Intergovernmental Panel on Climate Change will affect the international negotiations efforts to get a big deal worldwide to deal with this?

MCCARTHY: One of the parts that will certainly help is its treatment of sea level rise. When we completed the 2001 IPCC report, there was no indication that the mass of ice in Greenland would likely change much over the next several decades, but within two or three years we realized that that was wrong. And now that you see, clearly, the contribution of ice melt from Greenland, and increasingly Antartica to sea level rise, it’s possible to make a much better projection. In the 2007 assessment, the highest rates were anticipated under the scenario that would have us burning fossil fuels, basically business as usual, continuing without any reduction in fossil fuel combustion - it’s about two feet. Many studies since then, and these are what are being reflected in the new IPCC report, show that that number could be closer to three feet. And I believe that this will attract attention worldwide, and I do hope engender cooperation that we haven’t seen recently in the international arena of climate change.

CURWOOD: James McCarthy is Professor of Biological Oceanography at Harvard. Thanks so much for taking this time today.

MCCARTHY: Thank you, Steve, and I always look forward to your show.

CURWOOD: There are some explanatory charts and graphs on our website, LOE.org.

Read a blog post by Prof. James J. McCarthy about the IPCC