The Hockey Stick and the Climate Wars 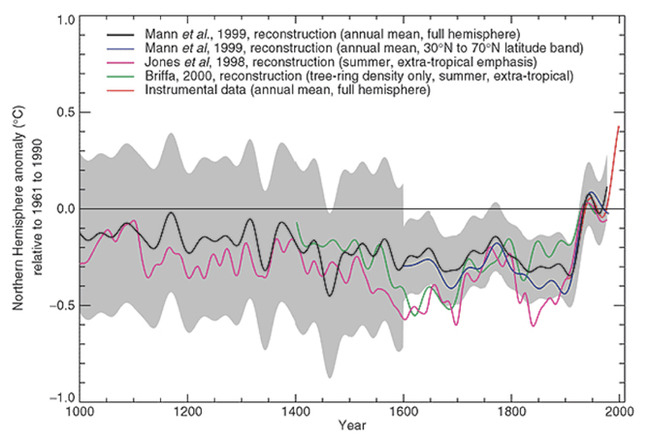 In a 2009 incident that came to be known as 'climategate', several climate scientists had their e-mails hacked and quoted out of context in an bid to discredit the researchers and their work. Host Steve Curwood talks with Penn State meteorologist scientist Michael Mann, who was a target of the attacks and has now written a book about the experience.

Michael Mann is a Professor of Meteorology at Penn State University and was a lead author of the third assessment of the Intergovernmental Panel on Climate Change. His career has focused on quantifying the connection between human related greenhouse gas emissions and a warming planet. 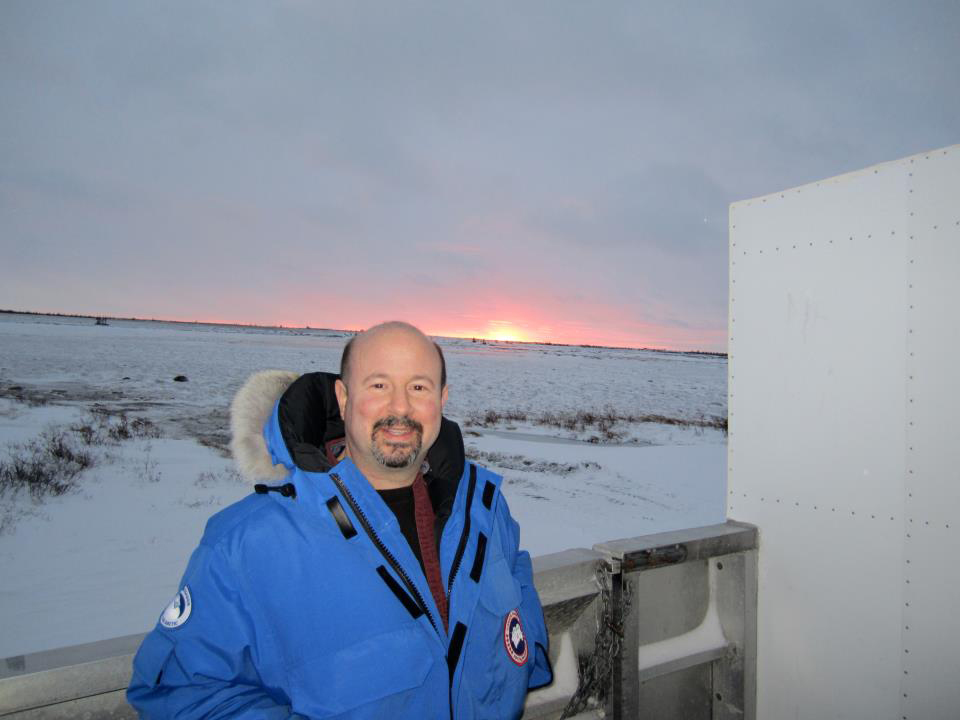 In 2009, he found himself at the center of a controversy that came to be known as "Climategate" when the emails of a number of scientists were hacked. Climate skeptics then selectively quoted the emails in attempts to discredit the scientists. Michael Mann was a major target, and now he’s written a book about that experience, it’s titled The Hockey Stick and the Climate Wars: Dispatches from the Front Lines. He says this wasn't part of the career he planned.

MANN: Well, I started out as a science nerd who simply wanted to be in the lab at my computer analyzing data, working on interesting problems. The last thing that I expected was that my interest in science would lead me into the center of this raging societal debate about human-caused climate change.

MANN: Well, we only have about a century of widespread thermometer measurements in the world. So we know the world has warmed by a little more than a degree Fahrenheit, but we don’t know how unusual that sort of warming might be in a longer term context without turning to other sources of information, so-called proxy records like tree rings, ice cores, corals, and so what my co-authors and I did in the 1990s was to take all the information available in these natural archives and use them to reconstruct the climate back into the more distant past, and what we found was the more recent warming was unprecented as far back as we could go, which was 1,000 years at the time, and the shape of the curve, which shows a long-term cooling trend from the medival era into the depths of the Little Ice Age, followed by a anomalous spike of the past two centuries, sort of resembles a well known sports implement - a hockey stick.

And the key take home message from this graphic is that that modern spike has no precedent as far back as we can go, and by inference it probably has something to do with what we human beings are doing. It became an icon in the climate change debate, and I almost instantly found myself a target for those seeking to discredit the science of climate change.

CURWOOD: Well, of course, hockey is a very competitive and body-checking sport. 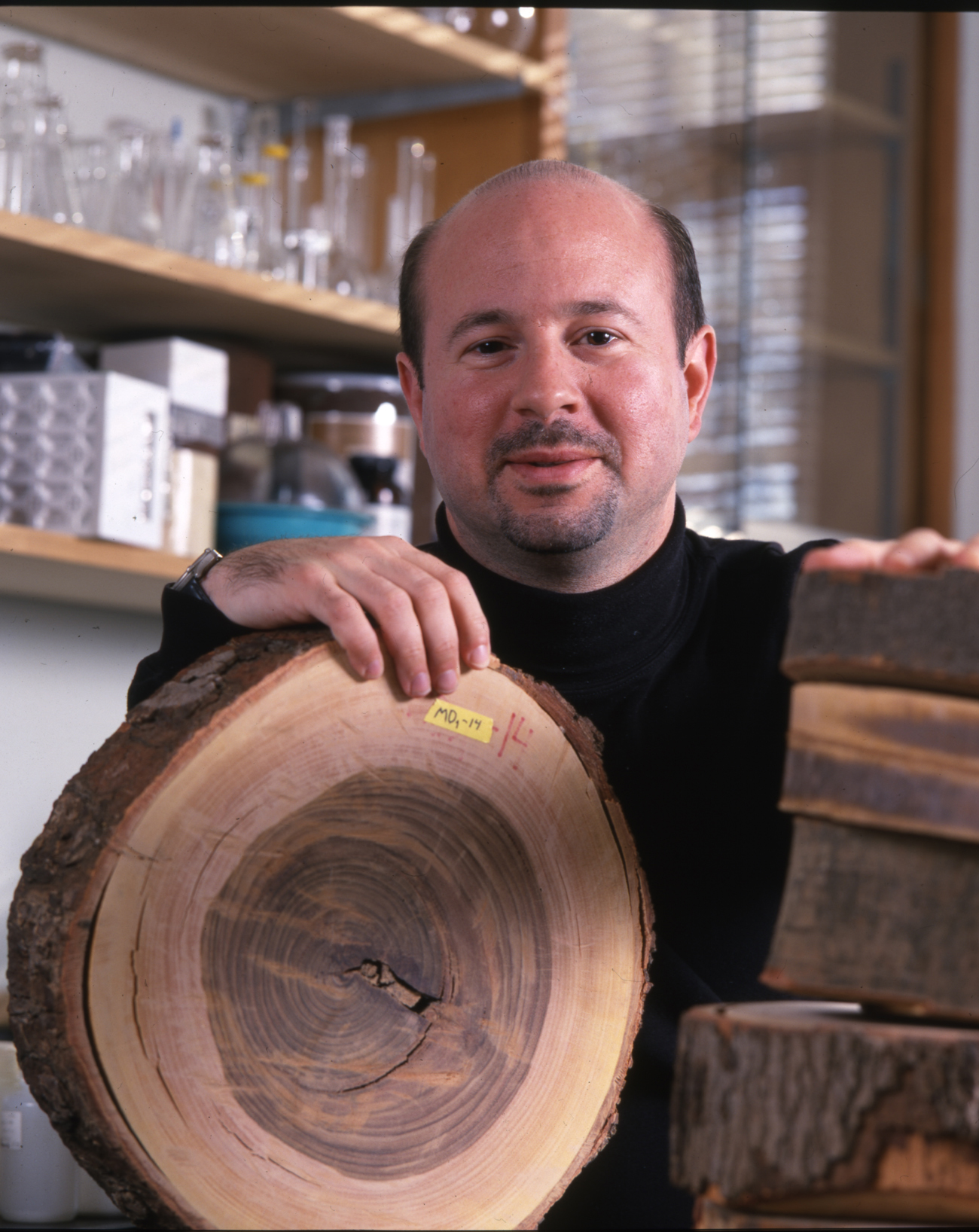 CURWOOD: If you want to keep your front teeth, you probably don’t want to play hockey.

MANN: Well, that’s right. I’ve taken a few body checks in my time, but I’ve given back a few. I was initially quite reluctant to get into the fray, but I had no choice because I being subject to attack. There were pretty large forces out there, looking to discredit me, and so I decided I needed to fight back against that, and the only way to do that was to jump into the fray, to become involved in sort of the larger public debate over human-caused climate change, and ultimately, I’ve embraced that role. I can think of no greater calling than to be in a position to inform what may be the greatest societal challenge we human beings have yet faced.

CURWOOD: Now, the incident that came to be known as “Climategate;” in that incident, your emails were hacked just before the UN Climate Negotiations in Copenhagen back in 2009.

CURWOOD: How did you find out, and what happened?

MANN: Sure. So it was actually a criminal theft of emails of a university e-mail server in the UK, and hackers broke into the server, stole thousands of emails, and then what they did was particularly pernicious. They combed through those emails, and they cherry-picked individual words and phrases, and took them out of context and plastered them up all over the internet out of context to try to make it sound like scientists had been fudging the data.

MANN: So, for example, in one email, a colleague of mine refers to a ‘trick’ that used in a graph that he was preparing, and to the outside world, it’s easy to try to make that sound nefarious. Oh, ‘these scientists are playing tricks on you’...when in fact, if you’re a scientist or a mathematician, you know that a trick is a clever approach to solving a problem, like a trick of the trade - here’s the trick to solving that problem. And the journal Nature at the time editorialized about how ridiculous that it was that these, that the critics were taking perfectly innocuous words that were part of the scientific lingo, and then intentionally trying to mislead the public into thinking that it called into question the science.

And it wasn’t a coincidence that this happened in the lead up to the Copenhagen summit in December of 2009 which was the first opportunity for meaningful progress in dealing with climate change in years, and it isn’t coincidental that the various media organizations and groups that were promoting these false claims about what the email supposedly showed were typically associated with fossil fuel front groups, groups like the Koch industry, the Koch Brothers, the Scaife Foundation, fossil fuel industry front groups like the Heartland Institute. There was this sort of echo chamber of industry-funded climate change denial that promoted these false, these fake allegations against scientists onto the TV screens of major news networks, and it was all in an effort to derail the Copenhagen Summit of December of 2009.

Now, several years later, there have been nine different investigations in the UK and the US, including the National Science Foundation inspector general, NOAA’s, the Department of Commerce inspector general, they have all come to the conclusion that these emails did not establish any improperiety on the part of the scientists. Ironically, the only wrongdoing here at all was the criminal theft of those emails in the first place. 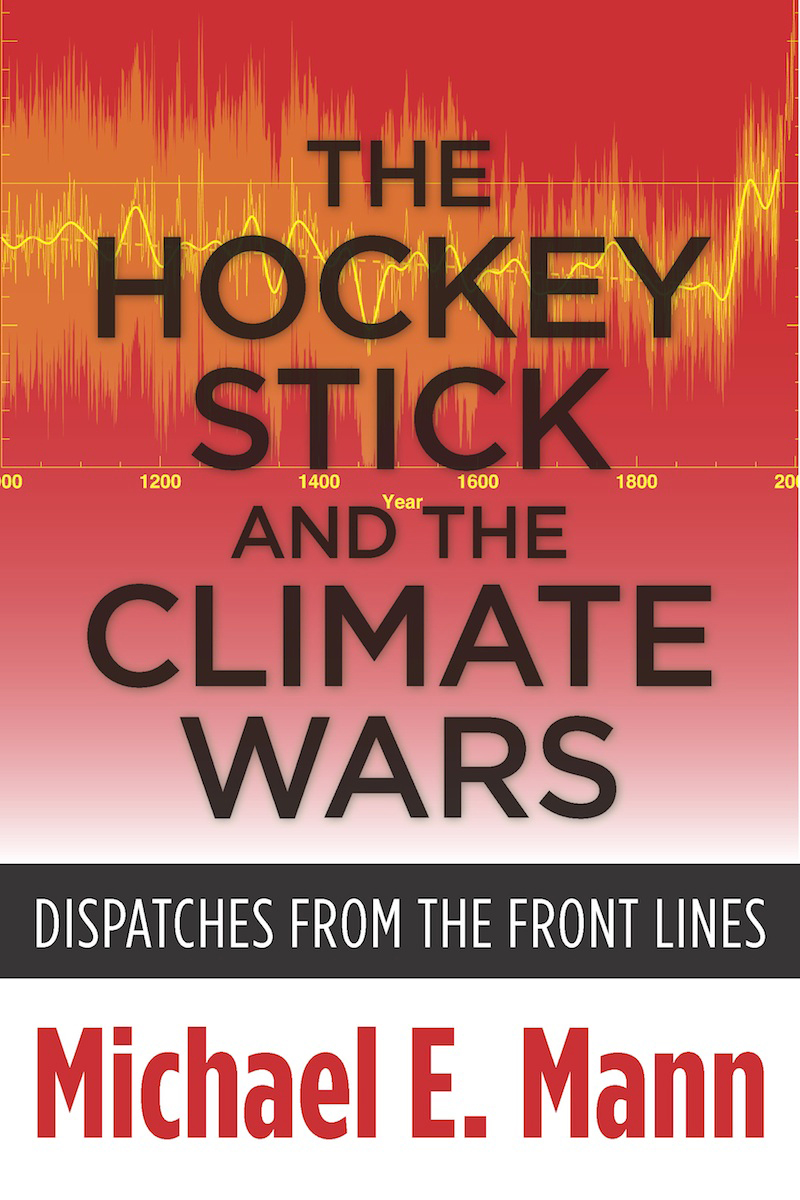 CURWOOD: Right after your emails and those other scientists were hacked, not long after, Senator James Inhofe, a Republican from Oklahoma, created a list of some 17 scientists that he believes should be prosecuted for perpetrating the ‘hoax’ of climate change as evidenced by those emails. What was your reaction to that?

MANN: Yes, I’m proud to say I was on that list along with the Presidential Medal of Science Recipient Susan Solomon. So these completely outrageous and false allegations that grew out of the stolen emails were used by the usual suspects like James Inhofe, who happens to be one of the largest recipients in the US Senate of fossil fuel money. It was used as an excuse to pursue a new round of attacks aimed at discrediting climate science and discrediting climate scientists.

Fortunately, once again, there were people on both sides of the political aisle -- institutions, major institutions, scientific institutions, editorial boards -- that strongly denounced what they saw as a transparent effort to intimidate scientists whose findings might not be convenient to the special interests that fund Ken Cuccinelli’s campaigns.

CURWOOD: So what do polls today show in terms of public opinion, and the legitimacy about scientific concern about climate change?

Unfortunately, there is still a large gulf between the public acceptance of the science -- maybe at its highest...maybe in the range of 70 percent of the public accept that the globe is warming -- and maybe only 50, 55 percent accept that its due to human activity. If you look at what the scientific literature says, 97 percent of experts in this field recognize that the globe is warming and that it’s due to human activities. So we have this huge gulf between 97 percent of the scientists, and maybe 55 percent of the public. That gulf exists because there has been a hundreds of millions of dollar disinformation campaign by the fuel interests to confuse the public about what the science has to say.

CURWOOD: Professor, before you go, the Intergovernmental Panel on Climate Change, a group that you worked with a number of years ago, came out with their latest report recently, their fifth assessment...

CURWOOD: ...that shows an even more clear link between greenhouse gas emissions and climate disruption. Can you tell me about that?

MANN: Sure. I’d be happy to. They’ve upped the confidence level from ‘very likely’ to ‘extremely likely’. Scientists are willing to say that something is ‘extremely likely’very rarely. That’s a very high degree of confidence. It’s ‘extremely likely’ that the warming of the past half century is due to increased greenhouse gas concentration, and moreover that the associated melting of ice, the rise of global sea level, and the increase in various type of extreme weather events can be tied to that human-caused warming.

CURWOOD: Now, given what’s happened to you as a scientist, who started off just to be a scientist, what advice do you have for a young scientist entering this field?

MANN: It’s a great question. One of my greatest fears is that the attack against scientists might dissuade young scientists from going into this field. Fortunately, I think the attack backfired. I think what they’ve done is to raise awareness, especially among the younger generation...a generation that’s very engaged in outreach and communication that grew up with social media, and they’re very engaged and they like communicating and they see a role now here, as a scientist, to be directly involved in the effort to communicate your science, and to fight back against efforts by others to confuse the public about science. That’s one of the reasons I’m so optimistic that we will get past this current impasse that we have with our politics, about dealing with this problem in good faith, that in the near future we will see considerable progress as that younger generation becomes more and more involved in the discussion and in the policy process.

CURWOOD: Penn State Professor Michael Mann’s new book is called The Hockey Stick and the Climate Wars: Dispatches from the Front Lines. Thanks so much, Professor.

MANN: Thank you. It was my pleasure.


The Hockey Stick and the Climate Wars