The Supreme Court recently ruled that a North Carolina state statute supersedes the federal Superfund law in cases of the timeliness of claims of damage by environmental pollution. This ruling appears to block lawsuits filed by military families who blame health problems on polluted water at the Camp Lejeune military base in North Carolina. Mike Magner, author of A Trust Betrayed, The Untold Story of Camp Lejeune, speaks with host Steve Curwood about the implications of this ruling.

CURWOOD: It's Living on Earth, I'm Steve Curwood. If you look back over industrial history, there's no end of examples of dangerous toxic pollution. Some stand out as among the worst – for the U.S., think Love Canal. The military equivalent could well be the Marine Corps’ massive complex at Camp Lejeune in North Carolina. Over the decades marines and their families drank water loaded with toxic chemicals, and the bad water is now blamed for maladies that range from miscarriages to deadly cancers. And earlier this month, the U.S. Supreme Court set a precedent that adds insult to injury for the thousand or more of those victims and their families who have sued for damages. The court ruled that a local state statute takes precedence over the federal Superfund law when it comes to time limits on filing claims. Mike Magner is author of A Trust Betrayed: The Untold Story of Camp Lejeune and joins us now. Welcome to Living on Earth.

MAGNER: Oh, thank you. It's a pleasure to be here.

CURWOOD: Mike, what happened at Camp Lejeune? Please set the scene for us.

MAGNER: Well, Camp Lejeune opened in 1941 to train marines for the beach landings that they would be doing during World War II, and it grew to the point where you could have 180,000 people or more on board at any one time. And what they were doing at the base in the ’50s and ’60s and ’70s was what industries and military bases all around the country were doing—and that is throwing everything they had in terms of waste on the land: battery acid, used battery acid in pits, putting fuel oil on the roads to keep the dust down. They were spraying down equipment and tanks and vehicles with a highly toxic solvent called trichloroethylene or TCE because it took off all the grease and oil. There was also a dry cleaner at the base that was leaking perchloroethylene, another toxic solvent. And the problem with Camp Lejeune is that it’s right on the coast of North Carolina and the soil is all very sandy. So everything that you put on the land goes right down into the groundwater and they were using the most shallow aquifer for their drinking water at the base.

CURWOOD: So all these chemicals wound up in the drinking water for Camp Lejeune? 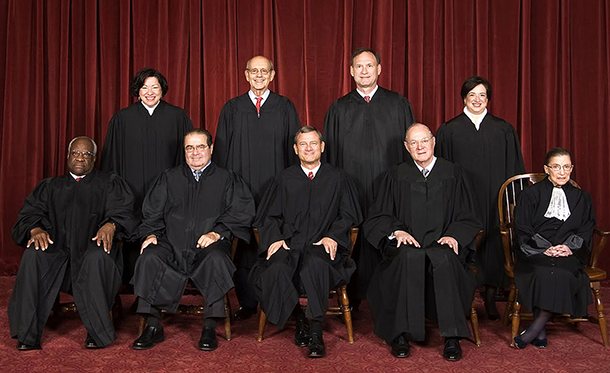 MAGNER: Yes - now not the entire system because they're more than 100 wells being pumped at this big base, but it did, in fact, contaminate about ten of those wells which happen to be in the most populated areas of the base.

CURWOOD: And briefly, what can these chemicals do to people?

MAGNER: There’s a wide range of effects from TCE—everything from liver cancer, leukemia, all kinds of various illnesses that you can't even describe. And, if a mother is drinking this water while she's pregnant, the effects on the fetus are terrible and we have a number of examples where children that were born at the base developed leukemia at an early age and many of them died.

CURWOOD: How many people were affected by this bad water at Camp Lejeune?

MAGNER: So it was a period of several decades and it's estimated that as many as a million people went through the base in that timeframe so there can be that many exposed to it.

CURWOOD: There are so many sad stories coming out of Camp Lejeune. Please tell us one.

MAGNER: One of them is Jerry Ensminger, who was a drill instructor at Camp Lejeune and a marine for almost 25 years, and he got pregnant—or his wife got pregnant at the base in 1975. And when that child was born she seemed quite normal, but at the age of six she was diagnosed with leukemia and she died at the age of nine. And it was not until 1997, when one the government scientific agencies put out a report that said that the contaminated water maybe link to childhood illnesses and Jerry saw that report on TV, and he actually spent the rest of his life campaigning on behalf of victims like him, demanding justice from the military and some kind of compensation.

CURWOOD: So how many people think that they were adversely affected by the bad water in Camp Lejeune?

MAGNER: There have been more than a thousand claims filed against the government demanding compensation for family members. Now, marines themselves are not able to sue the government for any damages that occurred while they were in the service, but veterans who were affected can go to the VA and can insist on disability payments. But these other several-thousand claims have been filed by marines on behalf of family members, like Jerry lost his daughter.

CURWOOD: And how are those people being helped at this point?

MAGNER: At this point they're not getting anything because the government is saying it's going to wait until all of the studies are completed—and the CDC, the federal science agency, is continuing to study links between the water and illnesses. And while those claims are pending, more than a dozen people have already gone to federal court to demand greater compensation and damages.

CURWOOD: Mike, what is the impact of the Supreme Court ruling? 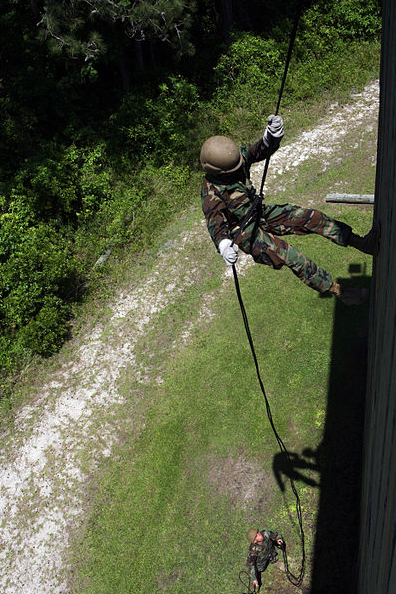 MAGNER: Well, the Supreme Court ruling wasn’t directly about Camp Lejeune, but it is about a case in North Carolina that involved similar toxic chemicals, TCE, which a company there dumped on the ground and it ended up affecting groundwater for a number of property owners. The case hinges on whether the Superfund law takes precedence over a state law in North Carolina called the Statute of Repose. Under that state statute, the company that was involved in the case argued that no one can sue them for any kind of environmental violations more than ten years after it occurred. Well, the property owners in that case didn't find out that their water was contaminated until, like, 22 years later. And they filed a federal lawsuit saying that, under the federal Superfund law, once you find out about contamination that affected you, you have two years from that point to file a case. And an appellate court ruled that the Superfund law did take precedence over the state law. And the government went to the Supreme Court on the side of the toxic chemical producer in North Carolina, and the Supreme Court ruled that the state law does take precedence over the Superfund law and that those people who filed claims more than ten years after the contamination are out of luck.

CURWOOD: Now, the Supreme Court ruling is on a different case than Camp Lejeune, but it sets an important precedent. What’s the impact of the ruling on the Camp Lejeune lawsuit?

MAGNER: The impact is that people who believe that they were harmed, or family members were harmed, may not be entitled to any kind of compensation because their cases could be thrown out.

CURWOOD: Now, what is to be done for these folks and their families that were so injured by the bad water at Camp Lejeune?

MAGNER: Well, I think one of the first things that needs to be done is maybe correct that law—that the Superfund law was not worded correctly to supersede the state Statue of Repose. So they could easily fix that if they can convince Congress to pass a law that makes that clear. Then their cases could proceed in federal court.

CURWOOD: And if nothing is done?

MAGNER: If nothing is done, those folks may be out of luck in terms of getting any kind of compensation for what happened, and the military will kind of walk away from many neglient acts without having to really pay for the people that were really harmed by it.

CURWOOD: Mike Magner is the Managing Editor of the National Journal Daily and author of A Trust Betrayed: The Untold Story of Camp Lejeune and the Poisoning of Generations of Marines and their Families. Thanks so much for taking the time today, Mike.


Read more about the water pollution at Camp Lejeune

The Official site of Marine Corps Base Camp Lejeune

More about the Janey Ensminger Act

More about the Caring for Camp Lejeune Veterans Act

Victims of Camp Lejeune pollution: The Few, The Proud, and The Forgotten