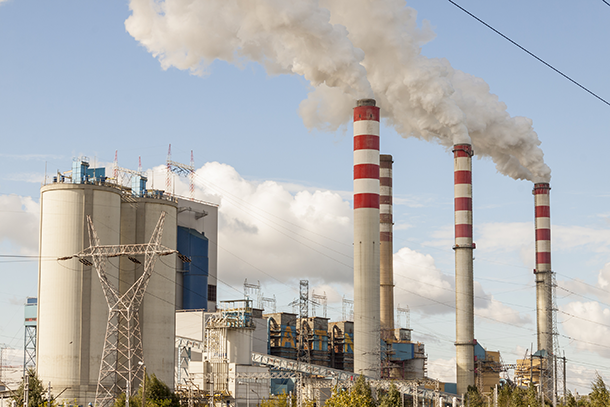 President Obama is using EPA authority under the Clean Air Act to try to curb dirty power plant missions including CO2 and mercury, but coal interests are fighting back in the courts. Vermont Law Professor Pat Parenteau tells host Steve Curwood that the latest of Obama’s regulations to wind up before the Supreme Court is the Mercury Rule.

CURWOOD: From the Jennifer and Ted Stanley Studios in Boston and PRI, this is Living on Earth. I’m Steve Curwood. The Clean Air Act is one of America’s most important environmental laws, and using its authority, President Obama’s EPA has imposed stricter mileage requirements for vehicles and restricted smog crossing state lines. But industry strongly resists the use of this act to clean up power plants, especially to curb carbon dioxide, and mercury and other toxins from coal. The EPA says its latest rule to cut toxic power plant pollution would prevent up to 11,000 premature deaths from cancer and respiratory illnesses. But coal power plant operators say the rule would cost too much money and the US Supreme Court has agreed to hear their appeal. Pat Parenteau is a Professor of Environmental Law at Vermont Law School and he joins us to talk about the case. Welcome back to Living on Earth, Pat.

CURWOOD: So, what exactly is the mercury rule anyway?

CURWOOD: And why is the coal industry challenging this rule?

PARENTEAU: Very expensive rule, almost $10 billion by EPA's estimates to comply, but also EPA asserts that the rule will create about $90 billion in health benefits from cleaning up mercury pollution through scrubbers.

CURWOOD: Now what did the Court of Appeals in DC say about the industry's complaints?

PARENTEAU: The Court of Appeals upheld EPA's rule by a 2-to-1 vote, and there was a dissenting vote by Judge Cavanaugh, claiming that EPA should have considered the costs of the rule when it decided it was appropriate - that's the word of the statute - to regulate hazardous air pollutants from coal-fired power plants. So the DC circuit said EPA had discretion to regulate these emissions based on health effects and did not have to consider their costs. 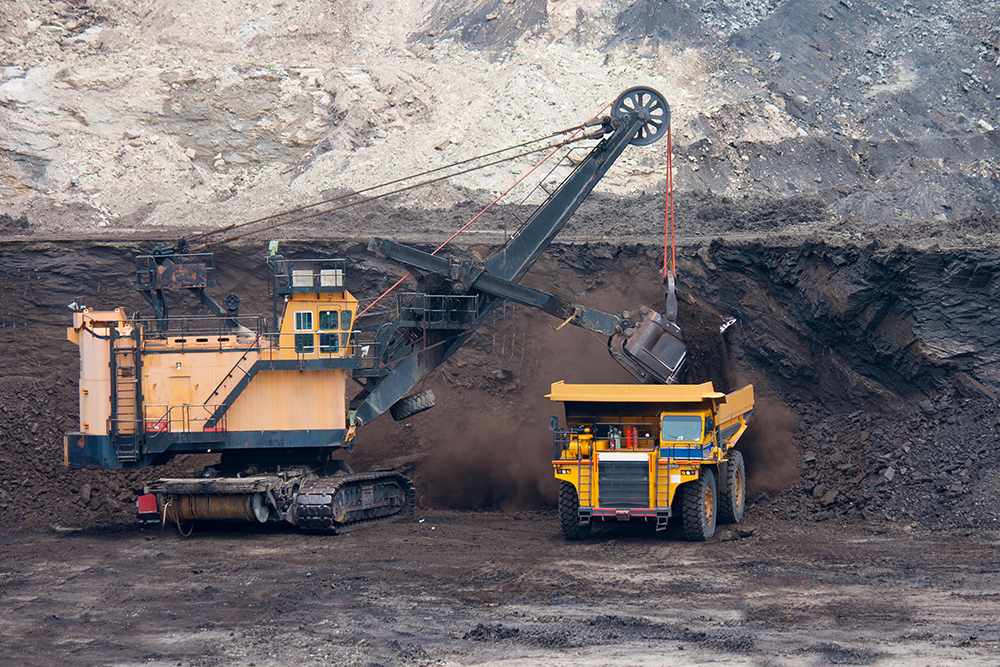 If upheld, the Mercury Rule would require coal-fired power plant operators to take extensive and expensive actions to clean the emissions coming from their plants. (Photo: bigstockphoto)

CURWOOD: So the dissenting judge’s view that cost should be considered is that what got the industry a ticket to the Supreme Court?

PARENTEAU: Yes, the statute is vague; it says that EPA may regulate where “appropriate and necessary” after studying the issue, and EPA's been studying hazardous air pollutants like mercury for over 10 years until it finally decided to take very decisive action and require that all these new and existing coal-fired power plants install scrubbers to take the mercury out.

CURWOOD: What you think of the chances that industry gets its way and the Supreme Court reverses the Appeals court and the EPA and the rule gets thrown out?

PARENTEAU: Well, anytime the Supreme Court takes a case it's usually not to simply affirm the lower court, so at least four justices out of the nine justices have some questions about why EPA didn't consider costs. It's interesting that the court reframed the question presented differently than the way the industry had framed it, and basically the court has said was it reasonable for EPA to decide that costs were not relevant to the consideration of regulation on the basis of health benefits. So the question, as the court has framed, is narrower than what the industry was looking for. That might mean that the ultimate decision could be a close decision, 5 to 4, for example, but it might well uphold EPA's discretion since the statute doesn't mandate that EPA must consider cost. So the court may say it's reasonable for EPA to say it doesn't have to consider the costs.

CURWOOD: Now, when in the past has the High Court looked at the costs of implementing pollution protections?

PARENTEAU: The main case is called the American Trucking Association case. This was a unanimous decision of the Supreme Court several years ago, and the question there dealt with what are called National Ambient Air Quality Standards. These are things like smog and soot and lead, and in that case the court said not only was EPA not required to consider costs, it wasn't allowed to consider costs. Now the language of the provision at issue in the American Trucking case is different than the section 112 provision that's at issue in the mercury case, so there's different language to be interpreted and that's why perhaps the earlier case isn't necessarily binding precedent. But it does show that the Supreme Court has in the past said that costs really aren't a relevant consideration when you're talking about human health. 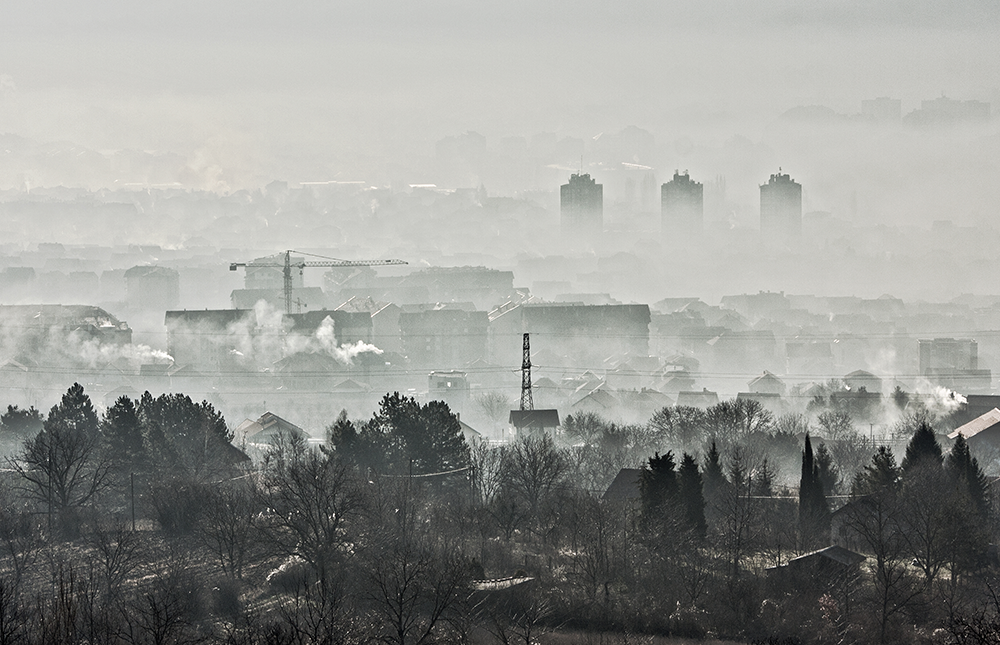 Pollution from coal-fired power plants can be dangerous, and the EPA claims that, by limiting harmful emissions, the Mercury Rule could prevent human exposures and as many as 11,000 premature deaths every year. (Photo: bigstockphoto)

CURWOOD: How important is this case, and in particular, how is the challenge to the mercury rule related to the efforts by the administration to put in rules to regulate power plants for CO2?

PARENTEAU: Yeah, that is a very interesting question because the power plants are now subject to regulation under two different provisions: section 112 which regulates the hazardous pollutants and section 111(d) which regulates carbon, and interestingly enough the industry groups that are now claiming that EPA's mercury rule is invalid, are the same groups that are claiming in the rule challenge to the carbon rules, that EPA doesn't have authority to regulate coal-fired power plants because they are already regulated under section 112. So if the court overturns the mercury rule on the grounds that it was improperly adopted under section 112, that will undercut the industry’s arguments that EPA can't regulate carbon emissions from coal-fired power plants under this other section 111. So industry is actually arguing at cross purposes in these two cases and depending on which way the court decides the mercury rule, it may defeat their argument in the challenge to the carbon rule.

CURWOOD: Now what's going on here? I mean, why so many challenges from the coal industry all at once, and seemingly inconsistent challenges?

PARENTEAU: Well, I think the reason is because the law is finally catching up with the health effects and the environmental effects of coal-fired electricity, in fact, coal mining and coal use in general. And a number of rules have now been issued by EPA. There was the Cross State rule dealing with pollution that drifts over state borders and affects people downwind, there was the rule now setting limits on mercury, there was the proposed rule to set limits on carbon. EPA has tightened the smog rule, that's also going to be challenged. All of these rules are aimed squarely at coal, and all of them are saying that coal's effects have to be taken into account and have to be regulated, and that means that coal-fired generation in the United States is in serious trouble, and I think the industry is reflecting that they're under stress. 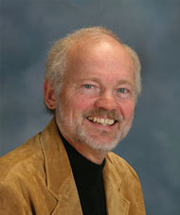 CURWOOD: Some would say that the days of the coal industry and particularly coal-fired power plants are numbered in America. To what extent do you think that this lawsuit and some of the others are part of a rear guard action, you know, desperation plays?

PARENTEAU: It does look that way. The coal industry's enjoyed a lot of benefits and a lot of exemptions from strict environmental regulation, and those days are over and I think it's fair to say that coal's days are numbered, at least as far as generating electricity. You see natural gas coming online much more quickly, you see renewable energy sources expanding, you see energy efficiency improvements being made and all of that spells bad news for the coal industry in the US.

CURWOOD: Pat Parenteau is a professor of environmental law at Vermont Law School. Thanks so much Pat.