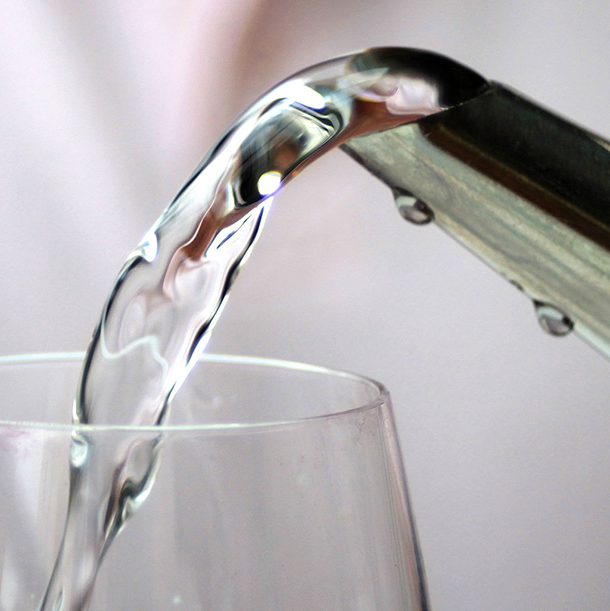 Two-thirds of Americans have tap water with added fluoride, thought to help prevent tooth decay, but research has raised questions about the additive’s safety. Host Steve Curwood examines the science around fluoride’s health effects and hears from eco-activist Laura Turner Seydel about potential, under-reported risks and measures the public can take for protection.

CURWOOD: It's Living on Earth, I'm Steve Curwood. For years anyone who questioned the safety of adding fluoride to the public water supply was seen as fringe and anti-science. Since shortly after World War II, fluoride has been added to water here in the US to help strengthen children’s teeth, and today it comes out of the taps in about two thirds of America’s households. But recently water fluoridation has come under closer scrutiny from science, and about 97 percent of tap water in Europe is now fluoride-free. Activists say it is time the US took similar steps. Topical fluoride in the form of toothpastes and rinses seems to be effective in combatting tooth decay, but studies now indicate swallowing fluoride with every drink of water could interfere with neurological development and thyroid function. Dr. Steven Peckham of the University of Kent published a paper on the association between fluoridated water and underactive thyroid, or hypothyroidism, earlier this year. 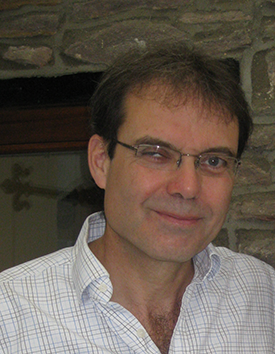 Stephen Peckham led a study on the association between water fluoridation and hypothyroidism in the U.K. that was published earlier this year. (Photo: University of Kent)

CURWOOD: And in 2014, we spoke with Dr. Philippe Grandjean, a Professor at the Harvard School of Public Health, about his research that found a correlation between fluoride exposure and lower IQ.

GRANDJEAN: We looked at more than 20 studies from China where they had compared children exposed to high fluoride content in the water and low. And on the average, the difference in performance among those kids was seven IQ points. That’s a sizable difference. And obviously some of the kids have been exposed to substantial fluoride concentrations in water, some of them were just a little bit above what’s common in this country and, therefore, I find that evidence very worrisome, and we need to follow up and determine if there is any risk in regard to fluoride exposure under US conditions.

CURWOOD: The US Centers for Disease Control maintains that water fluoridation helps to prevent cavities. But the Cochrane Collaboration, a global network of doctors and researchers who analyze science to improve public health, suggests the evidence is not so clear. The group found earlier this year that only three studies since 1975 have established credible links between fluoridated water and cavity prevention. Again, Dr. Peckham. 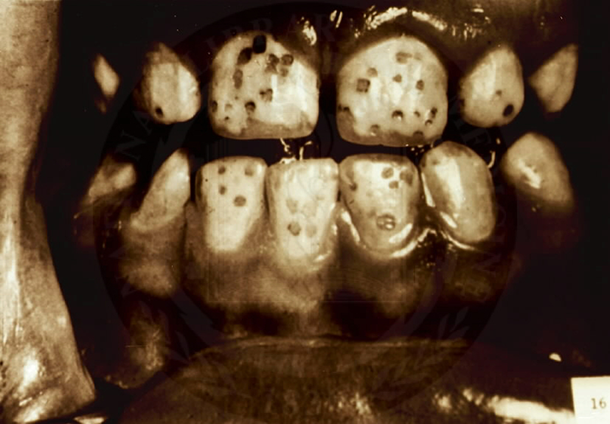 Dental fluorosis is pitting and discoloration of tooth enamel, and can be caused by drinking fluoridated water. In the U.S., dental fluorosis affects about 40% of children age 12-15. (Photo: National Institutes of Health, public domain)

CURWOOD: The Cochrane group draws the line at 1975 because that’s about the time when products like fluoride toothpaste, rinses, and treatments in the dentist’s office became widely available. The group found strong evidence that fluoride can prevent tooth decay when applied topically. Fluoride that isn’t swallowed doesn’t carry the potential health risks to IQ and the thyroid that Drs. Grandjean and Peckham say are a concern. Dr. Peckham says we just don’t know enough when it comes to fluoridated water. 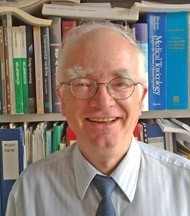 PECKHAM: It’s surprising that there hasn’t been a lot of really good-quality research looking at the effects of water fluoridation, and if you were to put water fluoridation up now as an intervention which was to be started, I suspect that on both scientific and ethical grounds, it would not be introduced.

CURWOOD: The lack of scientific research has caught the attention of activists including Laura Turner Seydel, co-founder of the Atlanta-based Mothers and Others for Clean Air. Ms. Seydel is urging the CDC to stop endorsing water fluoridation and in the meantime says consumers should protect themselves from unwanted fluoride. And it’s personal; Laura Turner Seydel told me she believes she has experienced the effects of fluoride in the public water supply.

SEYDEL: It’s something that I became concerned about seven or eight years ago. I have a problem with my thyroid, and the doctor that I went to suggested that it could have come from over-fluoridation, that I’d just had too much, and that it compromised the function of my thyroid. So I started delving into it deeper.

CURWOOD: What exactly does fluoride do to our hormone system? To our endocrine system to affect the thyroid do you think?

SEYDEL: Well, first of all, in the 40s and 50s, fluoride was used as medication for people who had hyperthyroidism, which means that your thyroid produces too much of a good thing, and so it would push you more into the normal range. So if people in this country are exposed to this much fluoride in our drinking water, in the food that we eat, the drinks that we drink, the soups that we consume, we're getting too much of a good thing and it pushes you over into the hypothyroid category, which means that your thyroid is not producing enough of the hormones that your body needs. And it weakens your immune system, it causes your metabolism to slow down, weight gain, things like that. 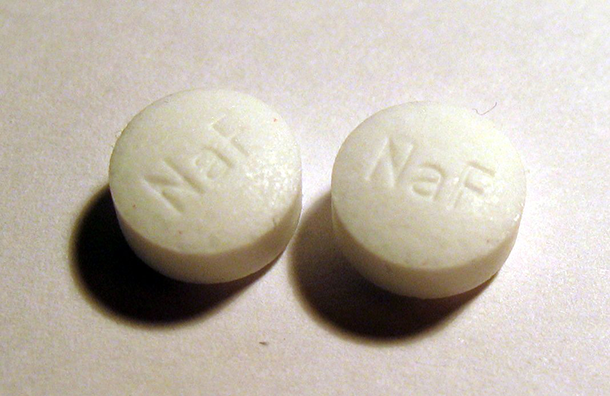 Sodium fluoride, shown here in tablet form, is one form in which fluoride is added to water to try to prevent cavities. (Photo: Mysid, Wikimedia Commons public domain)

CURWOOD: What are some of the other likely effects of fluoride in the body?

SEYDEL: Well, what we found out from some of the research is that one out in three African-Americans have a condition called dental fluorosis, and that is the pitting and discoloring of the hardest surface and your body, your enamel. So either white spots or yellow spots or brown spots, and I think we need to be telling communities of low income and communities of color that there is fluoride in their drinking water and we should assist them by making sure that they have healthy alternatives.

CURWOOD: So what are some of the alternatives for consumers then who want to use fluoride to strengthen teeth enamel?

SEYDEL: Well, I'm not calling into question topical treatment and good oral hygiene that would include fluoride. I think that parents need to watch their children very closely because a lot of those toothpastes taste like candy, they're bubblegum flavor, they are strawberry flavor...they taste really yummy to a young child and children should not have more than a tiny amount, and a parent should be there to make sure that they spit it all out. 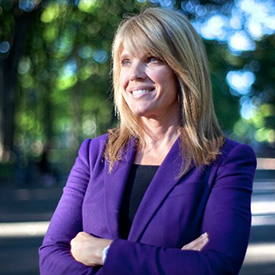 CURWOOD: So the bottom line is if one can afford it right now better to have either well water from a place that's not in the municipal system getting fluoridated or to go for bottled water, as expensive as it is.

SEYDEL: Well, I would say so. It's something that I definitely don't want in my drinking water, but I have reverse osmosis in my house so we can take the fluoride and other toxics out of our water. You know, if you can afford to have a system in your house, I would say do that or you can buy distilled water at the grocery store, but the best thing to do is to call the people in charge of the municipal water supply and let them know that you're not happy about it. Contact your elected officials. Contact the mayor of your city. There are about 99 cities around the country that have banned water fluoridation and you can see which ones those are on the Fluoride Action Network website.

CURWOOD: Eco-living expert Laura Turner Seydel is Co-founder of Mothers and Others for Clean Air. Thanks so much, Laura, for taking the time with us.

CURWOOD: And for more information about organizations that are looking into fluoride, please go to our website at LOE.org.

“Facts About Fluoridation” from LiveScience

Centers for Disease Control and Prevention (CDC) on water fluoridation