Coal mines in Wyoming. Coal stocks and bonds assets are risky given economic trends and the prospect of increased regulation on carbon. (Photo: Flickr Image Library CC BY 2.0)

New research from the London School of Economics estimates that a broad range of global stocks and other financial assets are overvalued because investment managers don’t take the risks of climate change into account. LSE researcher Alex Bowen tells host Steve Curwood that when investors factor in those risks, present values worldwide could fall by 2.5 trillion dollars, but the worst-case scenario is far, far worse.

CURWOOD: It’s Living on Earth, I’m Steve Curwood. Economists at the London School of Economics say denial of the risks of global warming, from rising seas to droughts to civil unrest, is promoting the overvaluation of certain financial assets – in other words, a bubble. Some of the risks have already been recognized, for instance, concerns over stranded assets that led shares in Peabody Coal to crash from the equivalent of more than $1,000 back in 2011 to less than $3 today.

But these economists say the risks are much broader than the fossil fuel industry. Alex Bowen of the Grantham Research Institute on Climate Change at LSE, is co-author of this study published in Nature Climate Change. He estimates financial assets worldwide are presently overvalued by perhaps $2.5 trillion, and in the worst case, $24 trillion. And he says massive climate-related write-downs are not far off in the future, which would mean huge losses for investors who ignore the risks.

BOWEN: This is basically the impact that could take place right now today on the value of financial assets if market participants suddenly came to realize how the risks were panning out. So the best way I think of thinking about this is what would've happened had participants in financial markets gone to sleep one night as complete climates skeptics, woken up the next morning and realized the current state of climate science. What impact would that have had on the value of financial assets at that moment? And our central guess if you like is that it would be $2.5 trillion USD loss. But then if financial market participants realized that actually some of the uncertainties were going to be resolved towards the pessimistic end of the spectrum, then they would mark down their assets as soon as they found that information. So we're talking about these losses to financial assets, they could take place today or tomorrow basically as soon as people active in financial markets change their view of what's going to happen over the next hundred years or so. 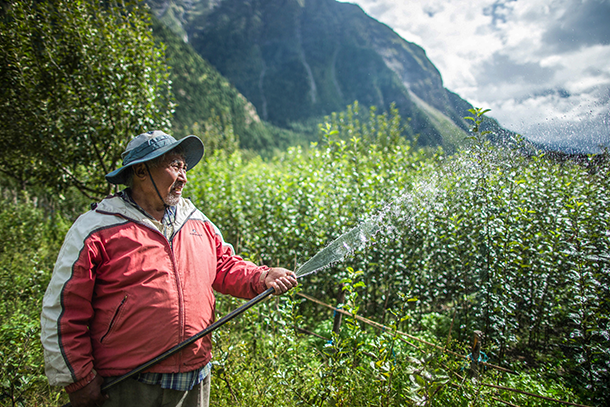 Agribusiness is one of the sectors most vulnerable to the threat of climate change. (Photo: Asian Development Bank, CC BY-NC-ND 2.0)

CURWOOD: Sounds like you're suggesting that when financial managers wake up to the risks of climate change to their assets, we could see a phenomenal sell-off, people wanting to get rid of those assets while they could get something for them. So the median projection is that we could lose $2.5 trillion dollars overnight and we could lose 10 times that if people are super pessimistic.

BOWEN: Indeed that's the case. Now it may be that some of this value at risk as it’s called is already reflected in the current market valuations, but it's remarkable how many investment managers haven't actually looked at issues such as the prospects of fossil fuel companies in a carbon-constrained world. It's amazing how many people still doubt the climate science.

CURWOOD: So who would feel the impacts of these losses the hardest, the ones that you're projecting here? 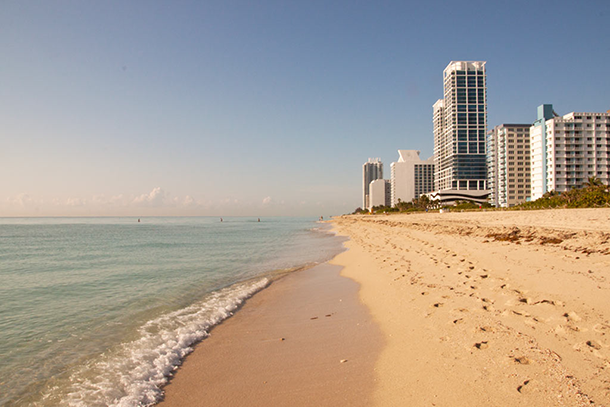 BOWEN: We didn't look at this in detail in the paper, but I think it's reasonable to suppose that the impacts of climate change would be fairly broadly spread, but some sectors would be hurt much more than others. I think that agribusiness would have particular problems because of the adverse impacts of climate change on agricultural productivity. Tourism is another one that's likely to be hit, and I think that amongst financial institutions wealth managers particularly exposed to any financial assets from poorer countries in the tropics will be worried about risks. Perhaps the sovereign debt of poorer countries from the tropics who are going to be hit much harder by climate change.

CURWOOD: What do you hope comes out of your paper, Alex? 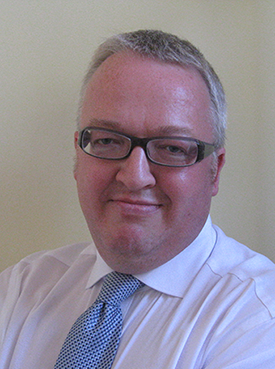 BOWEN: What I think is particularly important is that people who own or manage wealth look at the evolving states of climate science, climate economics, and keep an eye on whether scientists, for instance, begin to find that the climate is more sensitive to greenhouse gas emissions than they previously thought. We might get good news on that front. I'm not saying we're definitely going to see the pessimistic outcomes, but it’s surely very important for wealth managers to keep an eye on this kind of thing because it could have a very big impact on their portfolios, and they need to look at some of the sectors like agribusiness which would be particularly badly affected if climate change began to run away from us.

CURWOOD: Alex Bowen is a research fellow at the Grantham Research Institute on Climate Change and the Environment at the London School of Economics. Thanks for taking the time today.

BOWEN: Thank you very much.

The London School of Economics