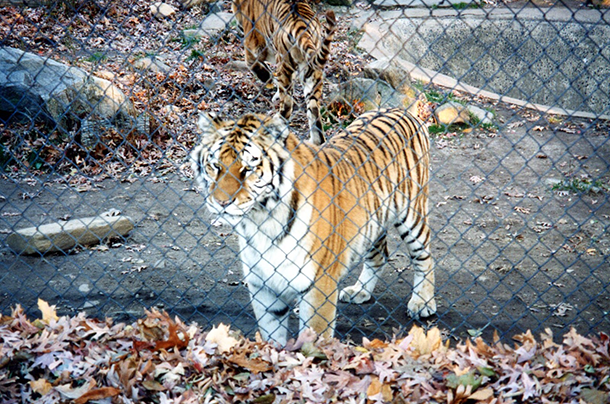 This week, Peter Dykstra and host Steve Curwood discuss the fact that the numbers of wild tigers are growing, that responses to replacing lead water pipes differ from city to city and look back on Aaron Burr, who proposed a municipal water system for New York City in the 18th century, but later as vice-president shot Alexander Hamilton.

CURWOOD: Some stories fit to print don’t make it onto the front page – and those are the ones that Peter Dykstra searches out beyond the headlines. Peter’s with Environmental Health News, that’s EHN.org and DailyClimate.org and joins us from Conyers, Georgia. Hello, Peter.

CURWOOD: Uh hey, that’s two weeks in a row for you ... you feeling OK?

DYKSTRA: I’m feeling fine and I’ve got a survey from the World Wildlife Fund. Several Asian governments and conservation groups and together they report that tiger populations are on the rise in Asia after a century’s worth of decline.

CURWOOD: Now that is some good news, but tigers are hardly out of the woods, or should I say, out of the forests of the night.

DYKSTRA: Oh not at all. The count is 3,890 tigers, up from about 3,200 six years ago. But consider that in 1900 it was a hundred thousand wild tigers in Asia. And here’s a number that really shocked me: there are far more captive tigers alive today than wild ones – at least 5,000 alone in the U.S. in zoos, circuses, wildlife ranches and private menageries.

CURWOOD: That is kind of surprising. But what do you think are the reasons for the increase in the wild?

DYKSTRA: Well there’s better wildlife protection, a slowing of habitat loss, and a commitment by Asian nations including Russia, China, and India to try and double wild tiger populations. There’s another recent Google-Earth-based study has measured both the loss and the protection of tiger habitat, identifying key habit areas because even if we want tigers out of the woods, we don’t want them out of the forests.

CURWOOD: Unless they’re in zoos. Hey, what’s next?

DYKSTRA: Well here’s a tale of two cities and their respective dealings with lead contamination. Fifteen years ago, Madison, Wisconsin launched an ambitious project to eliminate lead drinking water pipes from the city. It cost just under $20 million to remove lead from 5,600 properties, with the owners footing about 20 percent of the bill. 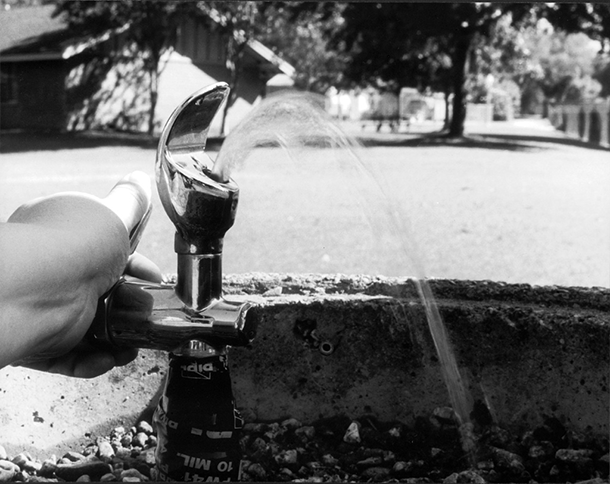 DYKSTRA: Yeah, but the estimate for doing the same thing in Wisconsin’s biggest city, Milwaukee, is at least half a billion dollars to swap out 70,000 lead water lines. But onto another lead story from another city.

DYKSTRA: As with many big cities, Philadelphia’s school system is facing enormous challenges over budgets and the infrastructure of aging schools. As early as 1993 the city knew its schools might have a lead problem and while it took a few years and some pressure from health officials, by 1999 Philadelphia’s schools started to get the lead out. They removed some lead pipes, dismantled some water fountains and painted do not drink sign over bathroom sinks.

CURWOOD: So the problems are all solved in Philly?

DYKSTRA: No but let’s call it mixed results. Things may be better, but this is hardly a shining success. The Philadelphia School Board knew, but didn’t tell anyone about the lead issues for six years at first. And when they did, one report says EPA testers were blocked from entering schools to do their jobs and find out how bad the problems are. Those “Do Not Drink” signs are still up in many schools and when the water fountains were removed, some were never replaced, leaving kids with few places to get a drink of water at school.

CURWOOD: And that shows just how hard to fix those problems can be, particularly for governments and school systems that are a bit short on cash. Hey what do you have us from the history vaults this week?

DYKSTRA: Let’s take you back to April, 1799 in New York City. A group of citizens headed by a future Vice President got together to create a financial firm and launch an ambitious project – a centralized water system for the growing city. It was called the Manhattan Company, and it was the origin of not only one of the largest drinking water systems in the world, but the financial side evolved into today’s giant J.P. Morgan Chase. 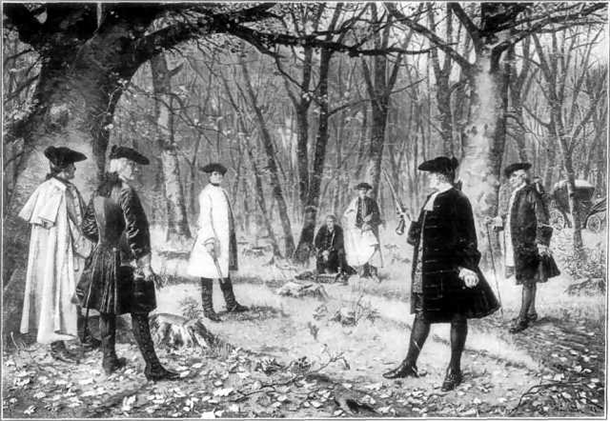 CURWOOD: Hmm, the New York water system and JP Morgan Chase – two things that are too big to fail. Who was the Vice President?

DYKSTRA: The one and only Aaron Burr. The big financial competitor for Burr’s Manhattan Company was the Bank of New York, founded by Alexander Hamilton, who had been George Washington’s Treasury Secretary. The Bank of New York also eventually got swallowed up by JP Morgan Chase. Now of course, Burr and Hamilton didn’t like each other very much. Five years later at a spot not far from the modern day Jersey end of the Lincoln Tunnel, Burr killed Hamilton in a duel.
Hamilton today is the subject of a Broadway musical and model for the ten dollar bill; Burr finished out his term, but was a pariah best known today for being tied with Vice President Cheney as having shot the most people while in office.

CURWOOD: And I thought modern-day politics was a bloodsport! Peter Dykstra’s with Environmental Health News and the Daily Climate.org, that’s EHN.org and the DailyClimate.org. Thanks Peter, we’ll talk to you again next time.

DYKSTRA: OK, Steve. Thanks, we'll talk to you soon.

CURWOOD: And there's more on these stories on our website, LOE.org.


The Washington Post: “Wild tiger numbers are up for the first time in a century”

WisconsinWatch.org: “First in the nation: City of Madison replaced all lead pipes”

The Guardian: “How Philadelphia schools’ vast effort to rid water of lead went under the radar”