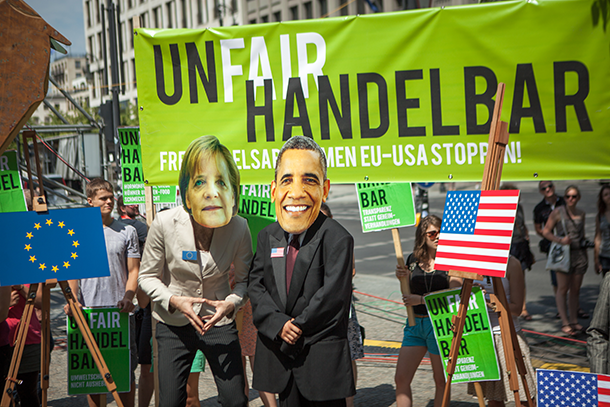 The EU division of nonprofit Greenpeace released the negotiation text of a partnership between the US and the EU that’s meant to loosen trade barriers. Host Steve Curwood sat down with Jorgo Riss, Greenpeace EU director, for his views on the possible risks for key environmental, labor and consumer protection policies.

CURWOOD: From the Jennifer and Ted Stanley studios at the University of Massachusetts Boston and PRI, this is Living on Earth. I’m Steve Curwood. Trade deals have been fodder on the US campaign trail this year, with Donald Trump and Bernie Sanders being the most outspoken. And with the recent leak of negotiation documents related to a proposed US-Europe trade deal, there may be even more in future. The environmental organization Greenpeace has released a trove of leaked documents related to what’s called the Transatlantic Trade And Investment Partnership, or TTIP that would loosen trade barriers between the United States and the European Union. Proponents say it could bring in more than $100 billion in revenue for both sides, but Greenpeace EU says the 284-page draft text they released shows it would put global business interests ahead of people and environmental protections. Greenpeace EU director Jorgo Riss joins us from Brussels to explain. Welcome to Living On Earth, Jorgo.

RISS: Hello Steve, I'm happy to be on your show.

CURWOOD: So why did you decide to release all these documents associated with the negotiations for TTIP?

RISS: Well, the TTIP negotiations between the United States and the European Union have now been going on for almost three years in utmost secrecy. In Europe, we had a little bit more information because early on in 2013, civil society and a number of countries here in Europe were saying, “we want to know what's going on, we want to know what you're negotiating,” and the European Commission eventually had to agree to release their demands in the negotiations, some opportunity to discuss them. On the US side, absolute secrecy as far as I know, nothing released to civil society at all. 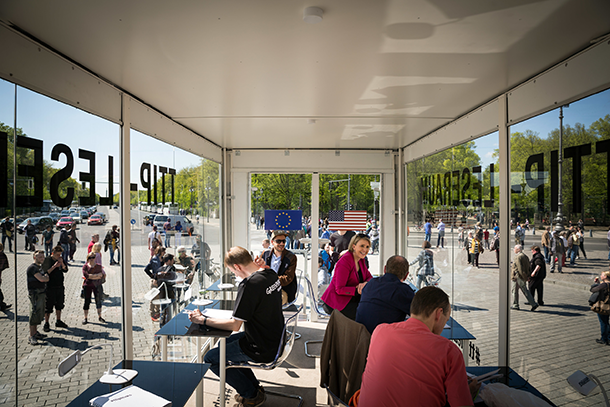 CURWOOD: So, tell us, don't reveal your source, of course, but how do you know these documents are legitimate what you have, and what exactly are they?

RISS: Greenpeace was approached by an individual who had access to the documents, who had obtained a full set of documents of what is currently on the table in the negotiations between the USA and the European Union. We first spent a significant among of time retyping all these documents because we had reason to believe that the originals had certain markers that would allow to trace them back to the source. Then, we worked with a network of investigative journalists and after they confirmed our retyped version corresponded to the originals and the originals were indeed authentic negotiating documents, we destroyed the originals so that no one could ever force us to release them and we hope in that way to have protected the source as well as possible.

CURWOOD: What do you think is the most disturbing thing from your perspective that you discovered in these documents?

RISS: It is clear from the documents that the negotiators do have direct contact with some big industry interests, chemical industry and others. We see that the negotiators are moving towards an agreement that would open the door to big industry to have much more their hands on regulation, leave their fingerprints on new laws, on anything from standards on children's toys, levels for residues from pesticides on food, etcetera etcetera. So it really sets up a framework in which future regulation that is meant to protect public health and the environment, could be early on be heavily influenced by industries that have a direct financial interest in these areas.

CURWOOD: Talk to me about the precautionary principle and why it's an important factor for you in these negotiations. 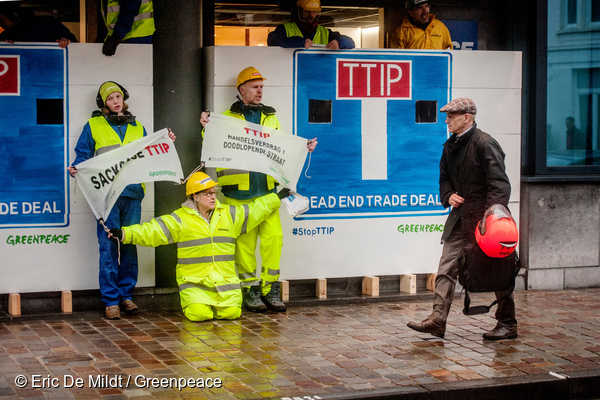 RISS: Today, in Europe, if you want to produce a chemical and sell it in the EU, you have to provide some basic data to show that it's safe. The European Union, based on the precautionary principal, changed its chemicals regulation system from one where the burden of proof was on public regulators to one where the burden of proof was shifted to the chemicals industry. Before the turn-of-the-century, the European Union had the same type of approach to regulating hazardous chemicals as the United States still has today, and it was up to the public authorities to prove that a chemical was hazardous before they could restrict its use, and that system really didn't work in an environment where the industry was already producing thousands of chemicals, over a hundred thousand different substances were in production the European Union at the time the system changed. For Europeans, getting the precautionary principal into the EU treaty was a big achievement in the 1990s and since then, we've seen the development of some of the most advanced legislation on chemicals in the European Union. And so, in the TTIP leaks, we see that the US negotiators are pushing very heavily that the EU backtracks on this fundamental change of shifting the burden of proof from the public to the private sector.

CURWOOD: Jorgo, how do you respond to claims made by government leaders on both sides of the Atlantic that this deal will spur very much needed economic growth?

RISS: Yeah, that is what they always say. I mean, each time a new trade treaty, a new trade deal is being promoted, we're promised that this will bring growth, that this will bring jobs. I can only say that looking back whether it’s NAFTA in North America or the common market in the European Union, it has always turned out that in reality the benefits where significantly lower, and even now the proponents say that the TTIP in the best possible scenario might lead up to 0.5% of GDP growth. That's not huge, and there are as many economic forecast studies around that go exactly in the opposite direction and they talk about job losses in significant sectors so you have studies going both ways to predict the future but I can say that the promoters of trade always promise a lot.

CURWOOD: What would it take to make a responsible trade deal in your view? 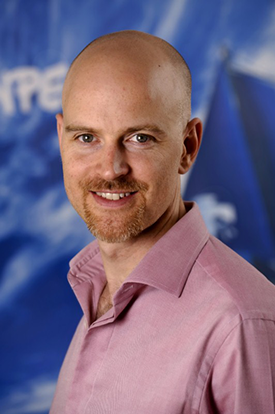 Jorgo Riss is the Director of Greenpeace EU and based in Brussels. (Photo: courtesy of Luisa Colasimone)

RISS: On one hand, you could say we actually don't need such a treaty because trade is going fine between the two biggest economies on the planet. But if you do want, Greenpeace would say the following: we would say first of all, it has to be compatible with the fight against climate change. You can't have a trade deal today where you don't even consider whether increased trade or continuing current levels of trade, whether that is compatible with the achievements of the EU and United States now and the Paris agreement of last year, and secondly, the trade deal should increase standards of living, increase standards of well-being, you know go for something that really improves the lives of people in United States and in Europe rather than go for a deal where you listen closely to what the chemicals industry and some other big businesses are telling you.

CURWOOD: What's your prediction on the effects of this leak will have on further negotiation. Do you have any idea?

RISS: It's very clear that leaks promote public debate, and especially in a case like this where there has been such heavy secrecy that many people have never heard of the TTIP, a leak will hopefully make them for the first time ask, “what is this, and what does it mean for me?.” And I'm sure there's probably a lot more in the back, which goes outside the expertise of Greenpeace. It's not an easy read, but I think for people who work for a better environment, for better society, for labor rights, they should check it and they should see that there are probably a lot more ticking bombs in there that we need to take care of.

CURWOOD: Jorgo Riss is the director of Greenpeace EU. Thanks so much, Jorgo.

RISS: Steve, thank you very much.

CURWOOD: By the way, Cecilia Malmström, EU trade commissioner, says “alarmist headlines” in response to the Greenpeace leaks are a "storm in a teacup." And a spokesperson for the US Trade Representative told Living on Earth, “while the United States does not comment on the validity of alleged leaks, the interpretations being given to these texts appear to be misleading at best and flat out wrong at worst.” There are links to the full comments on our website LOE.org.

European Commissioner For Trade Cecilia Malmström responds to the leak

About the most recent round of TTIP negotiations in New York