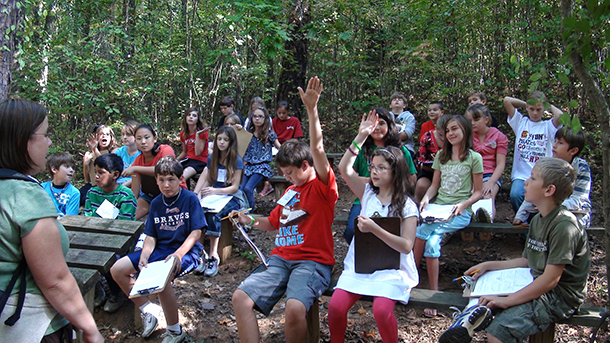 The Next Generation Science Standards have attracted opposition from some states because of reluctance to formally include climate change in curricula. (Photo: U.S. Department of Agriculture via Ford Elementary School, Flickr CC BY 2.0)

CURWOOD: It's Living on Earth, I'm Steve Curwood. Time to focus on the stories beyond the headlines now with Peter Dykstra. Peter’s with DailyClimate.org and Environmental Health News, that’s EHN.org and is on the line from Conyers, Georgia. How’s it going, Peter?

DYKSTRA: It’s going all right, Steve. You know, the Next Generation Science Standards have been adopted in 18 states. They’re the new, unified approach to teaching science in schools. But the NGSS has endured a volley of lawsuits and legislative challenges, which is why it hasn’t been adopted yet in the other 32 states.

CURWOOD: Well, I would imagine that teaching climate science these days is a pretty big sticking point for some folks.

DYKSTRA: Yeah, but it’s not the only sticking point. The opposition is just as big to the teaching of another cornerstone of modern science, evolution. And there are a couple of coal-dependent states that actually have adopted the Next Generation Science Standards, even though the standards treat climate change as scientific fact, and those states are Kentucky and West Virginia.

CURWOOD: Well, perhaps it’s a bit counterintuitive, but in fact, Kentucky did educate John Scopes of that famous monkey trial and by a narrow vote, even refused to outlaw the teaching of evolution. So, tell me, Peter: where do the other states line up in terms of science education today?

DYKSTRA: I’ll give you a couple of examples. Wyoming is the biggest US coal producer, its legislature initially banned the new standards completely, then they revoked the ban, but that state hasn’t yet signed off on them yet. And another state with a brainy reputation that’s the home of both MIT and LOE hasn’t finalized things yet, either.

CURWOOD: Well, you gotta ‘love that dirty water’ here in Massachusetts! Hey, what else do you have for us today?

DYKSTRA: Well, a billionaire, a college professor, and a movie actor go into a bar, and get attacked…..

CURWOOD: Uh-oh, who are we talking about here? 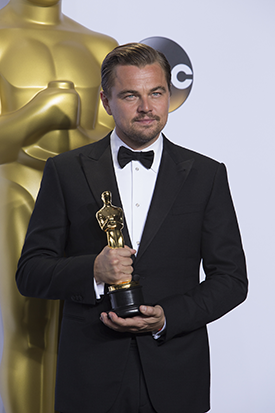 DYKSTRA: It’s the work of a nonprofit group with Republican National Committee roots called America Rising Squared. They’re gearing up social media, planning to follow the celebrities with cameras to post anything they might be able to make political hay out of, they’re running web ads and more. These are standard tactics on all political sides these days, and they’ve helped make this year’s campaign the bipartisan train wreck that it is.

CURWOOD: Yeah. Well at least something is bipartisan these days. But, seriously Peter, typically these tactics are used against candidates, not supporters.

DYKSTRA: Well, that’s not been forgotten here - Hillary Clinton takes her share of grief on the website, too. But from the looks of the early posts on the website, people like Steyer and DiCaprio will get attacked as fossil fuel hypocrites every time they board something with a bigger carbon footprint than a stagecoach.

CURWOOD: Ah, such is political life these days. Hey, what do you have from the history vault for us today? 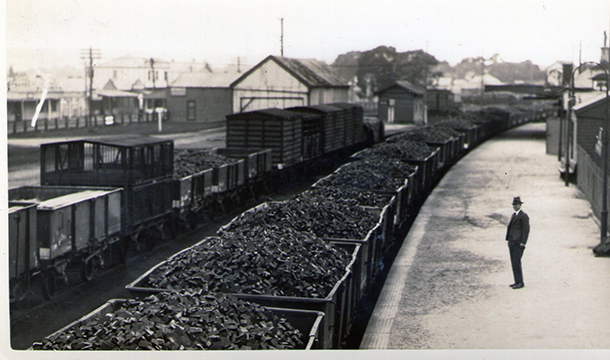 Trains, homes and factories in St. Louis burned a particularly dirty kind of coal 75 years ago, until the city cleaned up its act after a local newspaper shed light on the problem. (Photo: Wikimedia Commons public domain)

CURWOOD: Ah, yes. Well, that was Joseph Pulitzer’s newspaper, though he’d been dead for some thirty years by the time they got this prize.

DYKSTRA: Right, but this was classic public service reporting. They did a series on what was then called “The Smoke Nuisance”. Trains, homes, factories all burned coal – not just any coal, but a particularly dirty coal mined mostly in Southern Illinois. And the newspaper used editorials, editorial cartoons, news stories, and they even published an Anti-Smoke Roll of Honor for companies that had cleaned up their acts. All of which led to tighter, better-enforced municipal ordinances in St Louis and a more breathable city and a Pulitzer Prize.

CURWOOD: Yeah, and, of course, in that way they smoked the journalistic opposition, huh?

CURWOOD: Peter Dykstra is with Environmental Health News - that’s EHN.org - and DailyClimate.org. Thanks, Peter, talk to you next time.

More about the Post-Dispatch’s Pulitzer-winning reporting