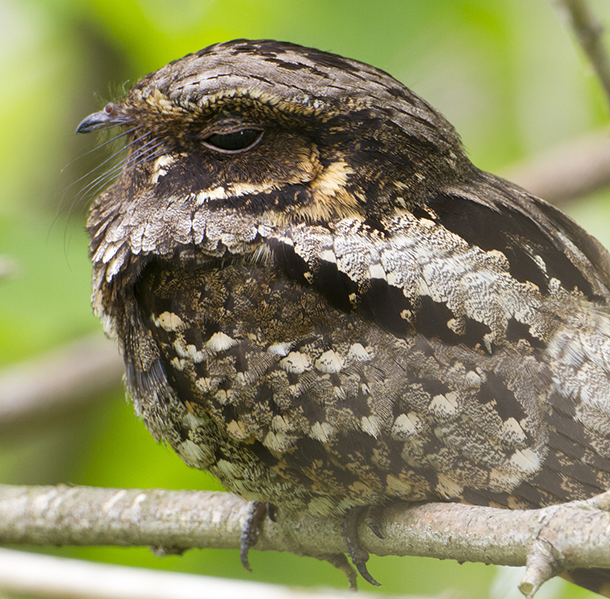 Eastern Whip-poor-wills are not technically songbirds, but their calls function as a song. (Photo: Laura Gooch, Flickr CC)

Most songbirds sing during the daylight hours, but it’s the Eastern Whip-poor-will that comes alive as the sun sets. BirdNote’s Michael Stein reads Henry David Thoreau’s account of the lovely nightjar bird’s song and notes how habitat loss is causing the population’s decline.

CURWOOD: A bird who relishes the dark cover of the US forests is the star of today’s BirdNote, and the shrinking of those forests is having noticeable effects because it relies on tree cover to nest. Here’s Michael Stein. 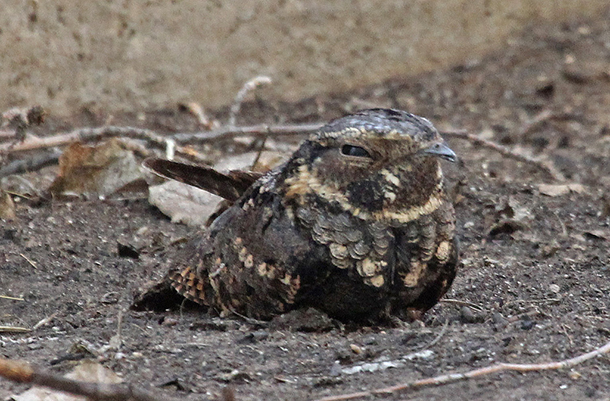 …They sing for several hours in the early part of the night, then sing again just before sunrise.”
Clearly and continuously, the bird announces its name [Whip-poor-will song].
In summer to early fall, Eastern Whip-poor-wills breed in woodlands of eastern North America. Their camouflaged plumage blends seamlessly with dead leaves on the forest floor. At dawn and dusk and all through moonlit nights, whip-poor-wills sally out from tree branches to hawk flying insects.
Woodland habitat has greatly diminished for Eastern Whip-poor-wills, as forests become more fragmented. The National Audubon Society lists them among the Top 20 Common Birds in Decline. Protecting and restoring large expanses of forest are crucial for many forest species, including the whip-poor-will.
[Whip-poor-will song and crickets]
It remains, as Thoreau described: “…a bird . . . of the night side of the woods, where you may hear the whip-poor-will in your dreams.”
I'm Michael Stein. 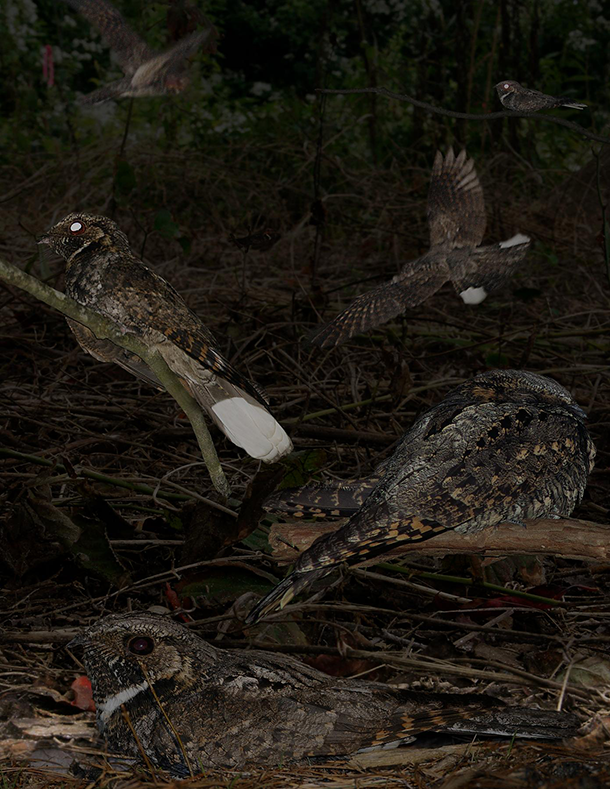 Eastern Whip-poor-wills are part of a bird classification called nightjars. This group is known to be active during the late evening, night and early morning. (Photo: Richard Crossley, CC BY-SA 3.0)

More about Whip-poor-wills on All About Birds