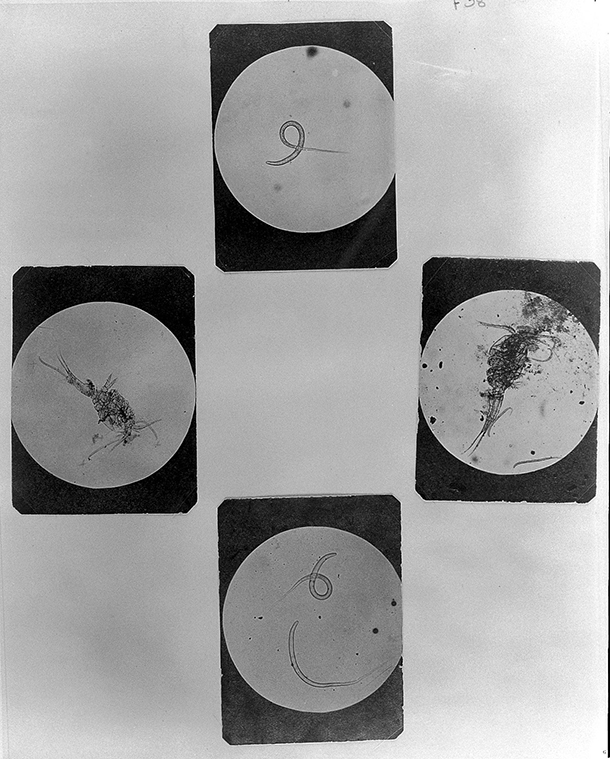 The Guinea worm, an unpleasant parasite that once infected millions of people in Africa, was nearly eradicated. But the worm, which grows up to three feet long inside the body, and causes pain and suffering as it emerges through its host’s skin, is hanging on by infecting dogs, as Living on Earth’s Don Lyman reports in this note on emerging science.

LYMAN: The Guinea worm is a particularly unpleasant parasite. People pick up the larvae by drinking unfiltered water, or by eating undercooked or raw fish. The larvae grow into adults and mate in the abdomen. The worms can grow up to three feet long and emerge through a painful blister in the skin.

The parasite was on the verge of eradication, reduced from about 3.5 million cases in 21 countries in 1986, to just 11 cases so far this year. But now the Guinea worm appears to be on the rebound. The reason? Dogs. 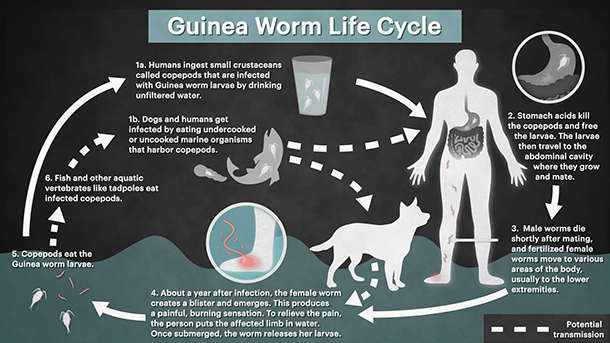 In the northern African country of Chad, 498 infected dogs were found from January to May of 2016, a 150 percent increase from the same period last year. And health experts expect infected dog numbers to exceed 600 by the end of this year.

Since dogs roam freely, they can potentially spread Guinea worm larvae to water sources used by humans. The pain when the worm emerges causes the infected host to seek relief in water, where the female worm exits the victim’s body, releases her larvae, and the worms’ life cycle begins again.

So health workers are paying people $20 to keep dogs infected with Guinea worms tied on a leash until the parasite emerges. The Carter Center, which originally helped launch the Guinea worm eradication effort, reported that 81 percent of the 498 infected dogs) earlier this year had been isolated and contained. But that still left 95 dogs which possibly infected water sources.

Scientists and health workers say it’s a big task ahead of them trying to eradicate Guinea worms from dogs, but they believe it can be done within a few years. Then the Guinea worm could join smallpox as the second human disease ever to no longer afflict people.


STAT News: “Guinea worm, on the brink of eradication, puts up a surprisingly stubborn fight”