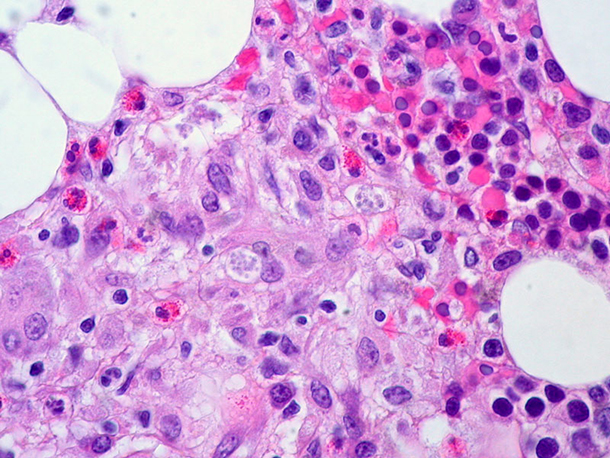 In this week's round-up, Peter Dykstra speaks with host Steve Curwood about new research into drug-resistant fungus, and the threat to one of America’s favorite fruits. Also, he presents a roundup of changes warmer ocean waters are bringing to sea creatures off the Atlantic coast, and remembers the failure of a big solar leader and a win for blue whales.

CURWOOD: Time now to join Peter Dykstra to check out what's happening beyond the headlines. Peter's with Environmental Health News, that's EHN.org and DailyClimate.org and joins us from Conyers, Georgia. Hi, Peter. Hey, it's nearly fall, but I guess it's still pretty hot there, huh?

DYKSTRA: Still in the 90s and hi, Steve, we haven’t talked in a few weeks, so let’s start off with some fungus.

DYKSTRA: Well, we hear a lot about antibiotic resistance, and how some dangerous forms of bacteria are becoming virtually immune from the drugs we deploy to kill them off. But there are new concerns about potentially lethal threats from drug-resistant fungus.

CURWOOD: Now usually when we think of fungus, it’s something minor, like athlete’s foot or something.

DYKSTRA: Yeah but not always. We’ve been increasing the use of fungicides on crops, and researchers have identified that as a factor in the potential rise of drug resistance. Athlete’s foot fungus can make your toes itch, but an aspergillus infection could go straight for your nervous or immune systems. Some estimates tell us that fungal infections may already claim a million lives per year worldwide, and they also threaten an iconic food source.

CURWOOD: Oh, which one?

DYKSTRA: Well, a fungus called Black Sigatoka is taking aim at the Cavendish banana – the banana that’s found in just about every market and kitchen in the U.S. To date, the only way to battle Black Sigatoka is of course, increased fungicide spraying. I saw one estimate that fungicides represent about 35% of the cost of growing a banana.

CURWOOD: Ouch, hey, what else do you have?

DYKSTRA: A little medley of ocean oddities from the northeast U.S. coast. A little bait fish called the peanut bunker made itself very obvious in a few New Jersey harbors in late August. Huge schools of them were chased into shallow water by predators, possibly bluefish. There tends to be less oxygen in shallow, warmer ocean water, and with all those fish yearning to breathe free, they suffocated, leaving a mess that had to be cleaned up with front-end loaders and dump trucks, not to mention a horrible smell. Next stop, the Connecticut coastline.

CURWOOD: That’s closer to home for Living on Earth, what’s happening there?

DYKSTRA: Well it’s what isn’t happening nearly as much - lobstering. Warmer waters are the key factor in driving lobster populations as much as 200 miles farther up the coastline. The haul for Connecticut lobstermen peaked at about 3.7 million pounds in the late 1990s, it’s now less than five percent of that, and the news for popular sport fish like flounder and black sea bass isn’t much better.

CURWOOD: But there’s also been one recent arrival, a manatee that’s been hanging around off Cape Cod. How unusual is that to have a tropical animal like that that far north? 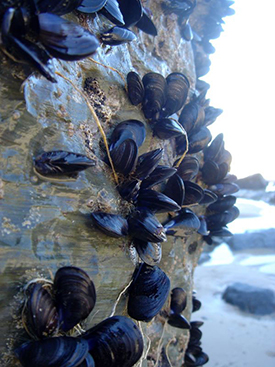 DYKSTRA: It’s a little weird, but not completely unprecedented. Some manatees range as far north normally as Delaware Bay in the summer. The last spotting off Cape Cod was in 2009. The big question is whether this one will head back south for warmer waters before winter. Care for a final bit of east coast saltwater gloom?

CURWOOD: Well, if you must.

DYKSTRA: Scientists report a 60 percent decline in mussel populations in the Gulf of Maine in the last 40 years. Blue mussels are a popular seafood on the plate, and in the ocean these filter-feeders help keep the water clean.

CURWOOD: So what kind of link might there be to warming ocean temperatures?

DYKSTRA: That’s less certain. Could be warm water, overharvesting, and possibly ocean acidification could be at play.

CURWOOD: It’s been a weird year here along the East Coast indeed. Hey what do you have from the history vault this week?

DYKSTRA: Well, let’s take a quick look at a couple of big anniversaries from the past few weeks. Five years ago, solar company Solyndra failed, taking a half billion dollars of Federal funding with it. The aroma of scandal around its fate became a blunt instrument for clean energy foes to try and beat down new sources of energy.

CURWOOD: I’d say it was more of a sharp spear than a blunt instrument. What else?

DYKSTRA: Fifty years ago the International Whaling Commission, long regarded as a rubber-stamp for the whaling industry, banned the hunting of blue whales, the biggest animals we’ve got, while we’ve got them. A half century later, they’re still gravely endangered, spread so far apart across our oceans that some scientists say blue whales have trouble even finding each other to reproduce. 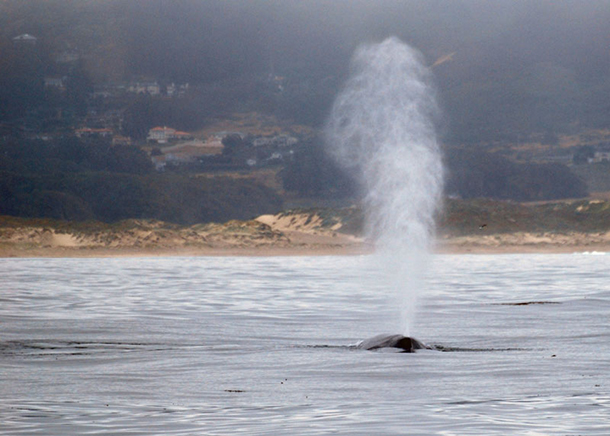 Blue whale numbers have dwindled since the first half of the 20th century due to excessive hunting. (Photo: David Slater, Flickr CC BY 2.0)

DYKSTRA: One more anomaly in the Atlantic, and hopefully huge news for a huge species.

CURWOOD: Peter Dykstra is with Environmental Health News, that’s EHN.org and DailyClimate.org. Thanks Peter, we'll talk to you soon.

DYKSTRA: OK, Steve. Thanks a lot. Talk to you soon.

Sequencing the DNA of banana fungus