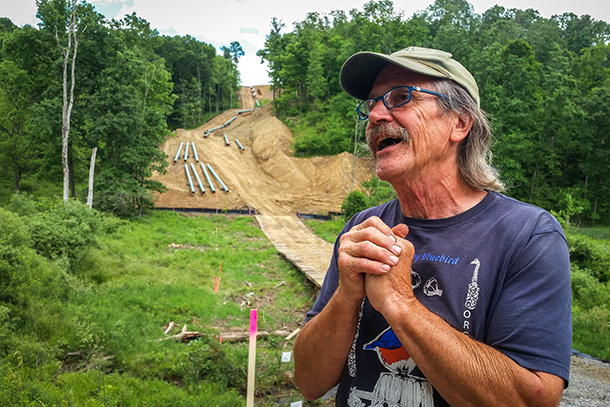 Mick Luber, an Eastern Ohio farmer, has had to contend with multiple natural gas companies such as Marathon and Kinder Morgan that want to route their pipelines through his farm. (Photo: courtesy of Julie Grant)

Fracking companies in the Pennsylvania region want to expand their network of pipelines for the export of liquid byproducts of natural gas such as ethane and butane, used to make plastics. Allegheny Front reporter Julie Grant investigates the legality of the industry’s claim to private land under eminent domain, given claims that these byproducts serve profits much more than public good.

CURWOOD: It’s Living on Earth, and I’m Steve Curwood. It's Living on Earth, I'm Steve Curwood. Fossil fuel pipeline projects continue to attract controversy, especially when companies persuade governments to invoke the power of eminent domain to take people’s land. Companies argue that natural gas access is a public good, but when the proposed pipes would carry by products of fracking such as propane, butane, or ethane - some landowners are fighting back, saying these products are not in the public interest. Julie Grant of the Allegheny Front has the story.

GRANT: The quiet hills of Eastern Ohio, in Harrison County, have become a popular spot. And not just for the cicadas you hear - but also for oil and gas development. Mick Luber grows his tomatoes, greens, even fava beans here, at his organic farm, and sells them at markets in Pittsburgh and Wheeling. He says recent years have brought a compressor station and multiple well sites so close, they wake him up at night. 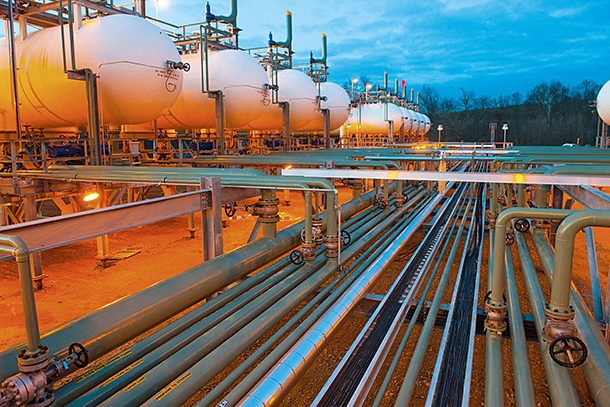 LUBER: For the first year that they were fracking, it was hard for me to go outside. I felt so bad hearing the roar of all this stuff. It’s nice to have the cicadas that drown them out.

GRANT: Now pipelines companies, like Kinder Morgan, are showing up. They came knocking on Luber’s door…

LUBER: They wanted to come right down through this main field, and go up over the top of that hill. There’s a spring right up there. That’s the most fertile part of this farm.

GRANT: Marathon is already building a pipeline on the southern border of his farm. Luber points up to the valley, where pipes are lined up, waiting to be connected. The ground has been stripped bare.

LUBER: This is what you end up with. This was all woods.

GRANT: Shell is also planning a line here. So when Kinder Morgan showed up, Luber said no. No pipeline, not even a survey.

LUBER: I told them I didn’t want it.

GRANT: Kinder Morgan sued. One of the main arguments in Luber’s defense: the contents of Kinder Morgan’s pipeline. Not natural gas for home heating, but to send ethane to Canada for NOVA Chemicals to make plastics. Ethane, along with propane, and butane, are known as natural gas liquids. They’re by-products of natural gas that’s being fracked in the region. Increasingly, landowners are arguing that they shouldn’t have to give up their property rights for companies to transport these liquids to make plastics, especially if they’re being sent to foreign countries.

Kinder Morgan spokesperson Allen Fore says, “Yes, they should. Plastics are in the public interest.”

FORE: But you tell me anybody in this country that doesn’t use plastics in some way, and that plastics aren’t critical to their everyday lives, from cups to medical devices, to automobiles.

GRANT: You might think the federal government would have a say in whether transporting these natural gas liquids to make plastics is important enough to usurp individual property rights. If this were a natural gas pipeline, the Federal Energy Regulatory Commission, FERC, would also have authority over siting its route. But what about these liquids, like ethane?

RAIDERS: FERC has no authority to regulate natural gas liquids in the United States. At all.

GRANT: Attorney Rich Raiders represents about a dozen landowners in Pennsylvania against eminent domain action from a different pipeline company, Sunoco Logistics. He says when FERC has authority, as it does for siting natural gas pipelines, landowners are part of the routing discussions.

RAIDERS: That’s an all public, eyes-open discussion. Whereas for a natural gas liquids line that’s between the individual landowner and the pipeline operator, and no government entity is involved at all.

GRANT: Well, the federal Pipeline and Hazardous Materials Safety Administration does require permits for large earth disturbances and around bodies of water for pipeline routes. But when it comes to eminent domain, that’s being decided in state courts.

The Kentucky Supreme Court recently let a lower court ruling stand. It found that the pipeline company in that case is not a public utility, which means it doesn’t have the power of eminent domain to site a natural gas liquids pipeline. In Pennsylvania, pipeline companies that want eminent domain power also have get certified as a “public utility,” by the state Public Utility Commission, the PUC. To do that, they have to show that their project will benefit the people of the Commonwealth. And what that means, is under debate. 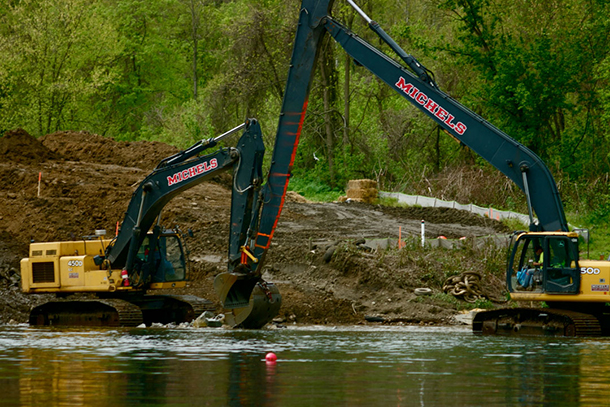 One of the biggest headline grabbers on this issue has been Sunoco’s Mariner East project. It includes two pipelines - an older one that’s been repurposed and newer one, both carrying natural gas liquids. The new line begins in Ohio, near Mick Luber’s farm in Harrison County, runs through Pennsylvania to the Marcus Hook Industrial Complex, on the Delaware border near Philadelphia. From there, Raiders says the propane is being shipped to Europe.

RAIDERS: That’s not a need of the Commonwealth.

GRANT: And so he argues Sunoco should not have the power of eminent domain. The company would not record an interview for this story. In an email, Sunoco says the project will provide propane for heating fuel to markets in Pennsylvania. Sunoco says the Mariner East 2 pipeline it’s a utility, based on certification granted by the PUC to their older pipeline back in the 1930s. Some are fighting that stance in court. And a state appeals court recently sided with Sunoco. Pennsylvania’s Commonwealth Court ruled in July that the company is a public utility, and that that power extends to all 17 counties along the contested pipeline’s path. Sunoco’s email says, still, they’ve come to agreement with the majority of landowners.

ANDERSON: The bottom line is when they’re approaching landowners in Ohio, they have this big stick called eminent domain. And so they say, “Look, we’ll give you X number of dollars per linear foot. But if you don’t accept that, we’re just going to take your property. And that is where we have a problem.” 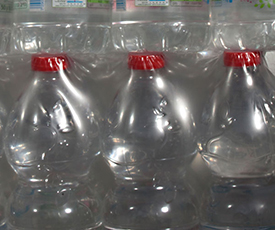 The compound known as ethane serves as the building blocks for many different materials, including commercial plastics. (Photo: zeevveez, Flickr CC BY 2.0)

FORE: If you look at our route, you can see a lot of zigs and zags and turns, certainly not a straight line. Those are all based upon big issues like avoiding environmentally sensitive areas, or individual landowner concerns.

GRANT: Like Mick Luber. Kinder Morgan recently announced they would re-route around his farm. Still, Luber doesn’t see it as a victory.

LUBER: Well, as long as these guys are still doing this stuff, what is the victory? You know, you can’t stop the vigilance. People have got to keep standing in their way.

GRANT: Kinder Morgan says, Luber got what he wanted. But the company wants to make it clear, they can’t re-route for every landowner who has a problem with their pipeline. I'm Julie Grant.