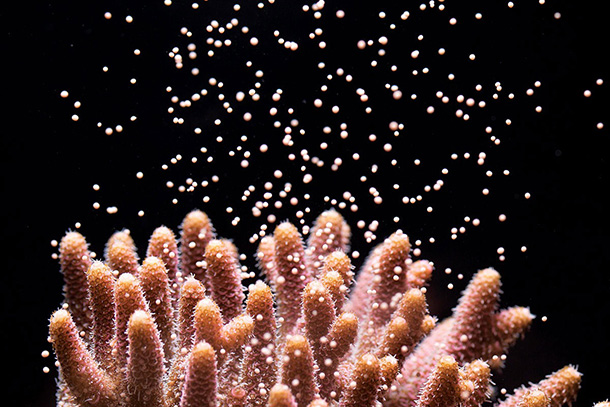 In an effort to protect sensitive coral larvae, Hawaiian state legislators are considering a ban of sunscreens that use the chemical oxybenzone. (Photo: Penn State, Flickr CC BY-NC-ND 2.0)

In this week’s Beyond the Headlines, Peter Dykstra tells host Steve Curwood about bans on certain antibacterial soap and sunblock ingredients and some hope for the Tasmanian devil, which has been largely wiped out by a contagious cancer. In the history calendar, it’s 100 years after the opening of the first supermarket.

CURWOOD: Let’s head beyond the headlines now with Peter Dykstra. Peter is with DailyClimate dot org and Environmental Health News, that’s e-h-n dot org and joins us from on the line from Conyers, Georgia. Hi, Peter.

DYKSTRA: Hi, Steve. Let’s start with three common consumer goods that may see big regulatory changes soon. First, the US Food and Drug Administration has banned antibacterial soaps containing triclosan, saying the chemical is no more effective than ordinary hand soap and may actually hold some risk as a potential endocrine disruptor.

DYKSTRA: Yeah, FDA first proposed a review of Triclosan back in 1978, but their decision last week isn’t the end, since it still allowed for use in some hand sanitizers, cosmetics, and even some toothpastes.

DYKSTRA: Another long-running environmental battle – the UK government says it plans to ban plastic microbeads in consumer products by next year. The tiny plastic particles are turning up in the ocean and in fresh water, like the Great Lakes. They're ingested by marine creatures, creating a huge hazard.

CURWOOD: But haven’t a lot of companies voluntarily promised to stop using microbeads? 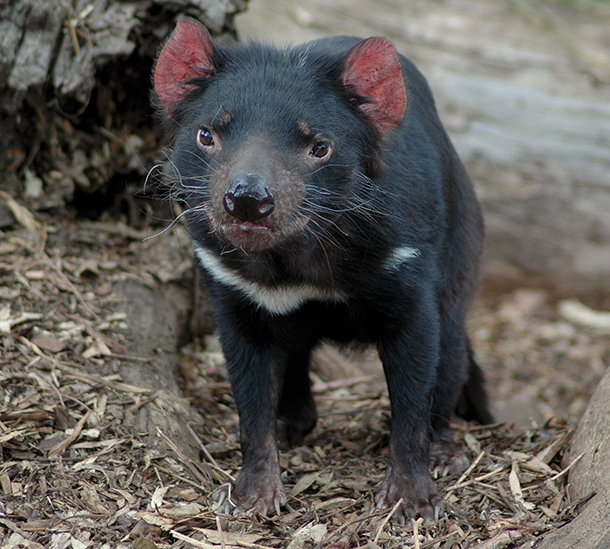 Tasmanian devil populations have been reduced by as much as 80% by a contagious cancer, but the discovery of populations with genetic resistance to the disease brings new hope for the species. (Photo: KeresH, Wikimedia Commons CC BY-SA 4.0)

DYKSTRA: Yeah, including Johnson & Johnson, who makes facial scrubs and body washes, and Procter & Gamble, who among other things makes Crest toothpaste, which for now still has microbeads in some brands but not Triclosan.

CURWOOD: Well that makes for some strong arguments for reading the ingredients before you buy. So you said you had three Peter, what’s the third one?

DYKSTRA: Oxybenzone is a common ingredient in some sunscreens. University of Hawaii researchers say it also stresses coral larvae – one more factor in the alarming decline in coral reefs. They say that on the island of Maui alone, enough oxybenzone washes off swimmers to fill a 55 gallon drum every day. So, state legislators are considering a ban of sunscreens that use oxybenzone.

CURWOOD: So no sunscreens at all on the sunny beaches of Hawaii?

DYKSTRA: No, there are alternatives that don't contain oxybenzone, said to be just as effective, that use zinc oxide or titanium oxide as the active ingredient.

CURWOOD: So what else do you have for us today?

DYKSTRA: There's some hope for an iconic, exotic animal threatened with extinction. Tasmanian devils have been blitzed by an epidemic of infectious cancer that they catch from each other by biting and that’s claimed as much as eighty percent of their population in recent years.

CURWOOD: Now over here, most people know the Tasmanian devil as Taz, the cartoon character.

DYKSTRA: Right, and Taz in the Warner Brothers cartoon is faithful to the real Tasmanian devils, but only to a point. The real ones have outsized heads and a ferocious growl and bite when feeding, but unlike the cartoons they usually walk on all fours and don’t whirl around like a tornado. They are also said to stink to high heaven.

CURWOOD: So what’s the good news for this animal that I'm not sure I want to really meet in person?

DYKSTRA: Researchers have found three separate devil populations whose genomes show an extra resistance to cancer, which shows up in the form of smothering facial tumors. It’s hoped that these populations can survive the cancer epidemic and keep the Tasmanian devil alive in the wild and not just in cartoons. 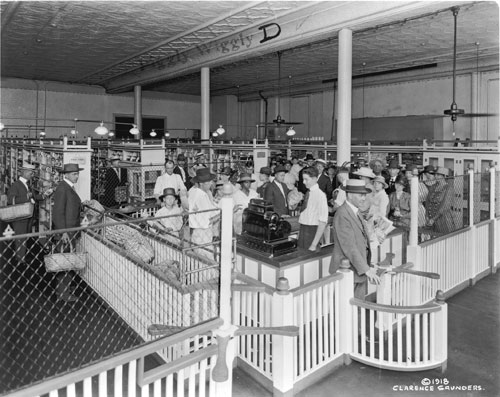 CURWOOD: That's an interesting development. Hey, what's the anniversary you have for us this week?

DYKSTRA: Well when we think about ideas that have shaped modern life, there are the obvious ones like electricity, automobiles, the internet and a lot more. But 100 years ago this month, a grocer named Clarence Saunders had an idea that changed the way the vast majority of us get our food. Up until then, the standard in food shopping was that you’d write down a list, hand it to a clerk and the clerk would pick out your food for you. But in September 1916, Saunders opened his store, with the dignified name of “Piggly Wiggly,” in Memphis Tennessee.

CURWOOD: And thus the modern supermarket was born, huh?

DYKSTRA: Right, and this idea let Saunders run his store with fewer clerks.

CURWOOD: So today, some would call him a job-killer.

DYKSTRA: Perhaps, but it also spawned two more ideas – the shopping cart and also the bane of all weight-conscious consumers, impulse buying. Not to mention the first step toward today’s megamarkets, including hundreds of Piggly Wigglys all over the south, where you can get food from nearby farms or all over the world.

CURWOOD: Unless, of course, you live in a food desert with no quality food stores.

DYKSTRA: Right, and you can find those in just about any American city, too.

CURWOOD: Indeed, you can. Peter Dykstra is with Environmental Health News, that's EHN.org and DailyClimate.org. Thanks, Peter and talk to you again soon.

BBC: “Plastic microbeads to be banned by 2017, UK government pledges”