Sounds of Space: The Songs Of Uranus And Neptune 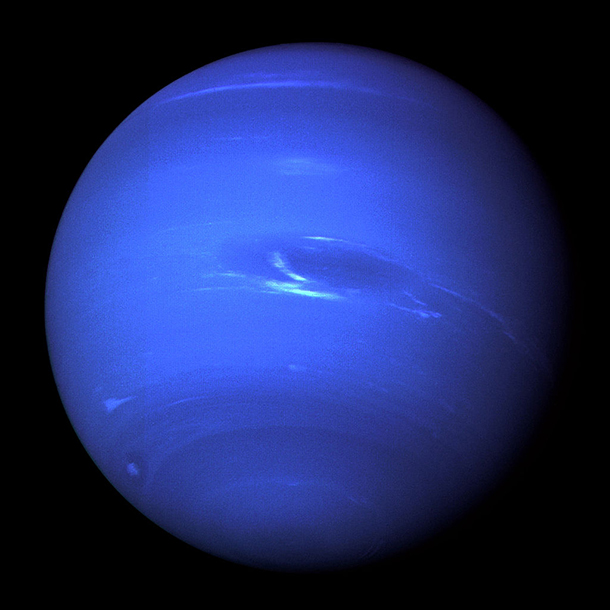 The farthest planet from the Sun, Neptune was named for the Roman god of the sea. (Photo: NASA/JPL)

As they passed through the outer reaches of our solar system on the way to interstellar space, NASA’s twin Voyager spacecraft sent back data that include electromagnetic vibrations from Uranus and Neptune and other outer planets. NASA transformed that data into sounds we humans can hear, on its Symphonies of the Planets CD.

CURWOOD: We leave you this week listening to the outer reaches of the Solar System.

CURWOOD: Uranus is the seventh planet out from the sun, and NASA has transformed its electromagnetic vibrations into frequencies we can hear.

CURWOOD: Surrounding Uranus are thirteen rings of dust and debris, and they resonate like a singing bowl.

[RINGING OF RINGS OF URANUS] 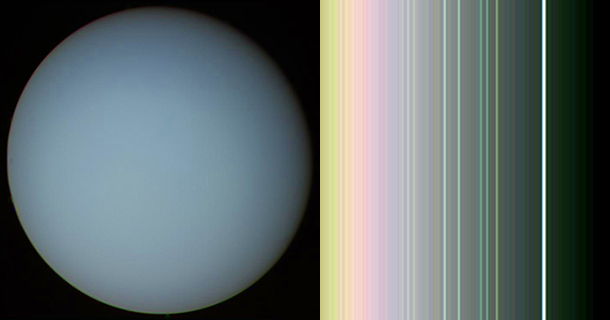 Uranus, and a false-color image of the planet’s rings (which are nearly invisible). (Photo: NASA/JPL)

CURWOOD: Heading further out, you come to Neptune, named for the Roman god of the Sea,
And fittingly, its vibrations evoke waves washing on a shore.

CURWOOD: There’s more on NASA’S “Symphonies of the Planets” CD.


About the Voyager mission

The complete Symphonies of the Planets

More sounds of the solar system from NASA