A Corporate Way to Meet the Paris Climate Goals 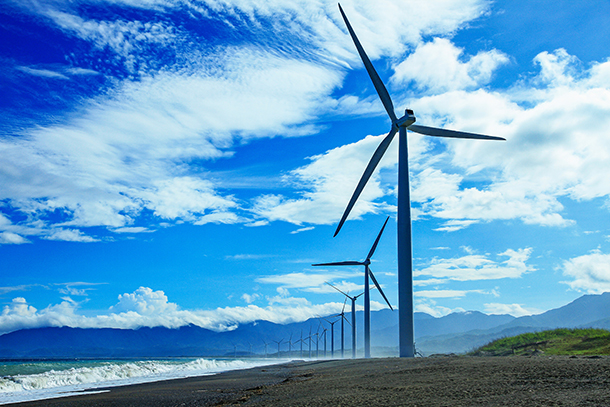 The report calls for a rapid transition to low-carbon technologies like Wind Power.
(Photo: Global Landscapes Forum, Flickr CC BY 2.0)

Al Gore, Lord Stern and the head of Shell Oil are part of the ‘Energy Transitions Commission’ that has issued a report out how countries could halve global carbon emissions by 2040 and stay well below the 2 degree warming mark agreed at the Paris Climate Conference. Rachel Kyte, the UN’s Special Representative for Sustainable Energy was also part of the group and explained to Living on Earth’s Helen Palmer how we can create the necessary energy transformation.

CURWOOD: It’s Living on Earth, I’m Steve Curwood. While some criticize corporate input at the UN global warming negotiations, others say it’s vital. For example, a team of investors, government, and climate advocates has developed an ambitious game plan to cut global carbon emissions in half by 2040. The group is called the Energy Transitions Commission and as well as the chairman of Shell Oil, it includes former US Vice President Al Gore, British economist Nicholas Stern and former US Senator and UN Foundation chief, Tim Wirth. Its new report is titled, “Better Energy, Greater Prosperity” and one of the report’s commissioners, Rachel Kyte, joins us now. She’s the UN Secretary-General’s Special Representative for Sustainable Energy, and she spoke with Living on Earth’s Helen Palmer.

KYTE: The report basically says that there is a pathway to be being well below two degrees by the middle of the century and it depends upon on clean electrification. So, it means if we can clean up the electricity supply, if we can have massive inroads in energy efficiency, so the amounts of energy that we used to do thing, and if we electrify everything including particularly transport, then we can get to an energy system which allows to be well below two degrees, which allows us to be decarbonized by the middle of the century, and that that is affordable and feasible technologically. So, it's important because this group of people are saying this is doable. So, it's not an impossible task because of technology, because we believe that the costs of financing this are possible, and it's going to require enormous amounts of political will and real leadership, but it's possible.

PALMER: What are the financial obstacles that stand in the way of us getting to where we need to be?

KYTE: Well, actually, what is interesting about the work is that often we talk about the substantial amounts of investment in infrastructure that are needed, but actually when we went into this as a Commission and when we started looking at well, what's the incremental costs of doing this in such a way so we can have a pathway to clean electrification, and we have a pathway to an energy system which is the decarbonized and which is serving people efficiently, really, we're talking about one between $3 and $600 billion per annum over business as usual. So, I think that's the number we have to focus on. That's not a order of magnitude number that is unrealizable. 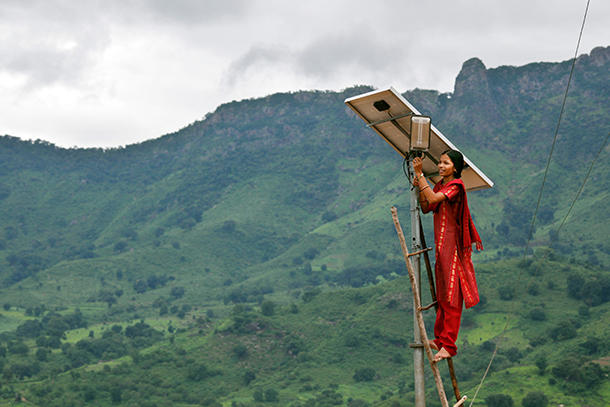 PALMER: So, it's not exactly pocket change, but it's not break the bank either.

KYTE: Yeah, I mean it's a third of a nuclear submarine, it's not something that we can't imagine.

PALMER: So, what kind of carbon pricing mechanisms will need to be put in place to make this happen?

KYTE: Well, I think the most important thing is that there is a price on carbon and the Commissioners are not prescriptive about which way to price carbon, but I think we all realize the price has to be an effective price, i.e. the price has to be sufficient to drive down the amounts of carbon in the energy system and the economy, and I think one of the problems we see around the world at the moment is that for many parts of the world, the price on carbon is too low to be effective, but so an effective price on carbon and then also an effective use of public policy to not subsidize fossil fuels where in fact that's harmful.

PALMER: What other public policies do you think need to be put in place?

KYTE: There is a need to sort of level the playing field for renewable energy in many parts of the world, and by that, what we mean is that the institutions and the systems and the regulation of the energy system in most countries was designed around a model of a centralized fossil-fuel-fed grid that took fossil feels and distributed that transmitted as far as it could be. I think what this report shows is that the energy systems of the future, in addition to being the carbonized, are going to be increasingly decentralized, so that they'll be much more distributed. There’ll be multiple grids, there’ll be electricity generated off the grid. Buildings will generate energy and store it and feed it back into the grid, so it's going to be a much more modular distributed system, and the institutions and the utilities and the regulations around that are going to have to shift, and so there's a really important role for public policy in embracing what energy systems of the future are going to look like and creating a level playing field for renewables to feed into the grid, to encourage more renewables, to encourage more distributed systems and I think that there's a lot of good work going on around the world and we see real process being made in many countries, but that's a big lift for government, and it’s a big lift for a new set of institutions, and I think that that comes out very strongly in the report.

PALMER: Yes, and particularly the situation of the developing world. Of course, in some instances they're a bit ahead of the curve because they don't have big centralized systems, so putting in a modular system would be easier. But still, having the cash to actually do it is a huge big hurdle. 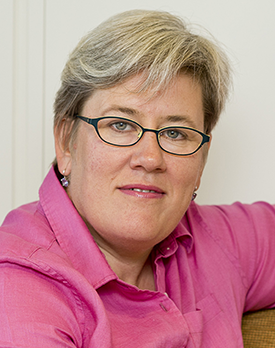 Rachel Kyte is the Chief Executive Officer of Sustainable Energy for All and a member of the Energy Transitions Commission.
(Photo: World Bank Group)

KYTE: Yes, I think that for many developing countries they are facing a prior order of business, which is that they have large gaps in the access to energy. So you have energies where the penetration of electricity services is only perhaps 20, 25 percent of the population so the prior order of business is we've got to get everybody energy. The good news is that because of the falling price of technology, and because of innovations in business models as well, it's possible to imagine closing that energy access gap, perhaps more cheaply and quickly than had been the case in the past. So, closing the energy access gap remains very important, and also linked into that is the question of efficiency. We tend to think that efficiency is a question for developed countries, but there are very very energy-intensive economies that need to make more progress, but for many developing countries actually the level of energy intensity in their economies is very high where they're dependent on heavy fuel oil or diesel for the energy that they do generate, and so, for many developing countries as they imagine growth and urbanization, it's important they grow as efficiently as possible, that they really maximize their energy productivity.

PALMER: It is obviously an existential question, this future of the decarbonization of the planet. Are you actually hopeful?

KYTE: Well, I think that in my line of business it's better to be an optimist and wrong than to be a pessimist and right, and so yes, I am optimistic, but I'm also optimistic because I travel around the world and I talk to government, I talk to mayors, I talk to leaders of private companies and I talk to bankers and financiers. You know they, from a risk perspective, but also from the perspective of opportunity and more inclusive and cleaner growth then the energy transitions fundamental and people want to be on the leading edge of that rather than on back edge of that, and that's true in Zambia and true in Chile and Morocco, and I've just come back from Tonga and the Pacific and it's true in the South Pacific. And I think it's true in the cities and states in the United States of America, so yes, I'm an optimist that we can do this and I'm optimistic that we will do it. Where I think we really have to double down is with the speed with which we do it.

CURWOOD: That’s Rachel Kyte, CEO of Sustainable Energy for All. She spoke with Living on Earth’s Helen Palmer.