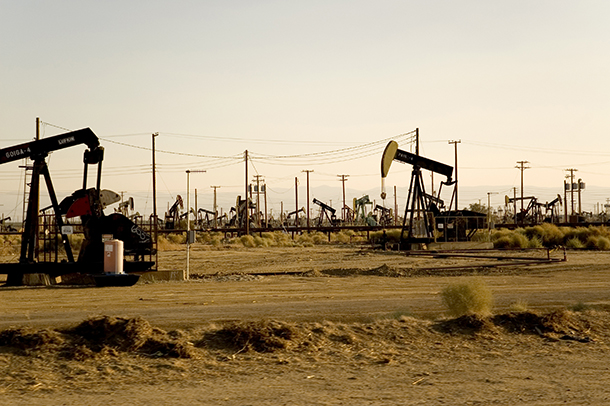 The U.S Court of Appeals for the D.C Circuit ruled the Environmental Protection Agency cannot suspend a regulation that makes new oil and gas wells reduce methane leaks. The powerful greenhouse gas methane contributes to air pollution and damages public health. David Doniger, Director of the Climate and Clean Air program at the Natural Resources Defense Council who helped bring the suit and Host Steve Curwood discussed the significance of this ruling.

When first emitted methane is around 80 times more powerful than carbon dioxide as a global warming gas. And in a setback to the Trump Administration’s push to roll back regulations, the U.S Court of Appeals for the D.C circuit has ruled that the E.P.A can’t suspend rules to control methane and other pollutants from new oil and gas wells. Some experts predict the Administration will also lose a case just filed by the attorneys general of California and New Mexico against the Interior Department’s suspension of a similar rule for public lands.

We turn now to David Doniger, a lawyer in the Clinton Administration who litigated the EPA case for his present employer, NRDC. Welcome to Living on Earth David.

DONIGER: Thanks. Nice to be here.

CURWOOD: Now, when the EPA announced it was suspending enforcement of the methane rule, what were the reasons that it gave for suspending, and what was it trying to accomplish?

DONIGER: Well, the oil and gas industry come to Pruitt, the EPA administrator, their long-time buddy from working with him as an Attorney General for Oklahoma, and they said, “Take this EPA rule away from us,” and Pruitt issued a stay, and the basis for the stay was a claim that the companies had not had a fair opportunity to comment a year ago when EPA initially issued the rule, and the Court of Appeals turned him down flat, saying that's all trumped up. They had plenty of opportunities to comment on each of the issues, and you don't have the authority to issue a stay of these regulations.

CURWOOD: Now, this isn't the only methane rule that industry is pushing back against. I gather there's also one that the Senate voted to maintain regarding methane coming from public lands. What's that rule exactly? 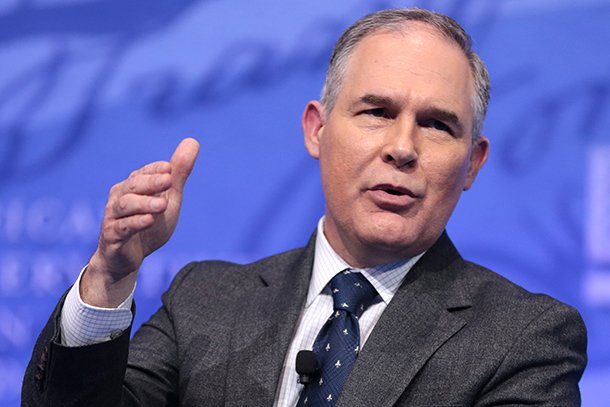 DONIGER: Yeah, the Bureau of Land Management in the Interior Department also regulates the pollution from these drilling and processing operations when they occur on public lands, and that rule covers both new equipment and existing equipment, and it's grounded in a statute that tells the federal government to prevent the waste of methane, which means throwing the stuff away without getting proper royalties for it. Even though the Senate refused to to kill this rule, the Bureau of Land Management has decided to stay it, to suspend it indefinitely, while they work on a rule to repeal it, and this is illegal also.

CURWOOD: So, what does all this mean for the oil and gas industry, the Interior Department, the Bureau of Land Management, the EPA? What's going on here?

DONIGER: Well, the oil and gas industry is really split. There are a lot of companies that have complied with the rule already, they've done their leak detection. They're fixing leaks when they find them. And then there are others which are resisting, I think, out of a sort of cussedness that they don't want the federal EPA telling them what to do.

CURWOOD: How hard is it to limit emissions of methane from these oil and gas operations? 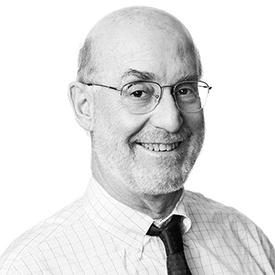 Former EPA attorney David Doniger is the Director of the Climate and Clean Air program at the Natural Resources Defense Council. (Photo: Courtesy of NRDC)

DONIGER: Well, limiting the emissions of methane is really simple. It's a matter of using infrared cameras to detect the leaks, and then you fix the problems that you found - a leaky valve, broken seal, something needs to be tightened up. This should be pretty simple stuff. It's just zipping it up. It's not requiring any major change in the design of the equipment. Compared to the billions of dollars in revenue from these oil and gas wells, the expense of checking to make sure they don't leak is pretty trivial.

CURWOOD: What are the public health risks of these emissions of methane?

DONIGER: There's really three kinds of pollution that come from these wells and the pipes that gather up the gas and take it the processing plants and so on. There's methane, which is a very powerful global warming pollutant. There's hydrocarbons which contribute to smog, and ozone smog is a problem in many of these, even in western areas which you think of as rural which have smog problems. And then there's also specific hydrocarbons like benzene and and other ones that are particularly toxic and cause cancer. So there are problems for the near neighbors, the communities in the region, and for the whole globe.

CURWOOD: So, what's going to happen next?

DONIGER: Well, in this case I think this is it. The court has issued its decision. EPA's unlikely to appeal it. The stay is gone. The rules are back in effect. Now, Scott Pruitt has to decide whether he wants to do the oil and gas industry the favor of issuing a stay or deferring enforcement in some other way, and we'll hold him into account if he does. There's many other actions that Pruitt and other cabinet officials have taken to yank rules in effect with no public process, and those actions are in danger now, and we're talking about rules for other air pollutants, for chemical plant safety, for pesticides. The Transportation Department, they've yanked some rules for carbon accounting in highway planning. The Interior Department is yanking their own methane rules and some others. The Occupational Health and Safety Administration has yanked some worker safety rules. All of these things now we may be able to hold the government to account.

CURWOOD David Doniger is Director of the Climate and Clean Air Program at the NRDC. Thanks so much for taking the time today, David.

DONIGER: Thanks a lot, Steve.