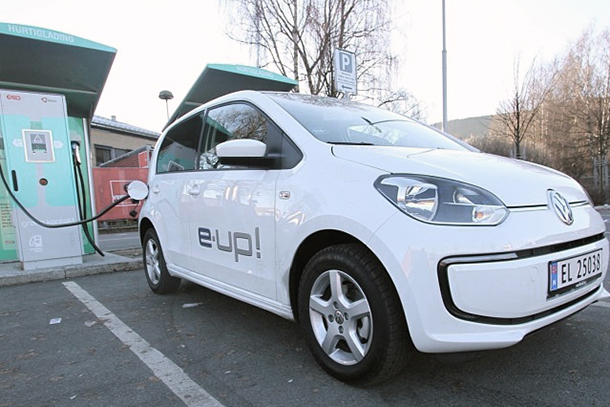 In Greenland, gyrfalcons inhabit ancient nests that in some cases contain 2,500 years of accumulated guano! But increasingly, as Peter Dykstra and host Steve Curwood discuss, Greenland’s gyrfalcons are being pushed out of these nests by peregrine falcons, which feel more welcome than ever in Greenland thanks to warming in the Arctic. Also, Volkswagen may build a factory in Rwanda to manufacture low-emission and electric vehicles; and we mark the 59th anniversary since a U.S. naval submarine began collecting data on ice thickness during the Cold War.

CURWOOD: Time now for a look beyond the headlines with Peter Dykstra. Peter is with Environmental Health News, that’s EHN.org and DailyClimate.org, and joins us now on the line from Atlanta. Hi, Peter, what do you have for us today?

DYKSTRA: Hi, Steve. Let's start out with a rare opportunity to put Rachel Carson, William Shakespeare, and guano as old as the Roman Empire in the same story.

CURWOOD: By guano, we mean bird droppings, right? Good luck on this one.

DYKSTRA: Well, the author part is easy. Shakespeare was said to be a big fan of the ancient sport of falconry. Rachel Carson's writing on the pesticide DDT is largely credited with saving bird species, including the peregrine falcon here in North America.

CURWOOD: Hmm, OK. Well, their writings certainly had wings, one might say; but what about this ancient guano?

DYKSTRA: Right, well gyrfalcons are big, surprisingly laid-back birds of prey, and some of them summer in Greenland. They tend to appropriate other bird species' nests, including some that are 2,500 years old. And after two and a half millennia of use, a bird nest tends to be made mostly of petrified bird poop.

CURWOOD: With a laid-back gyrfalcon as a nest-squatter, huh? 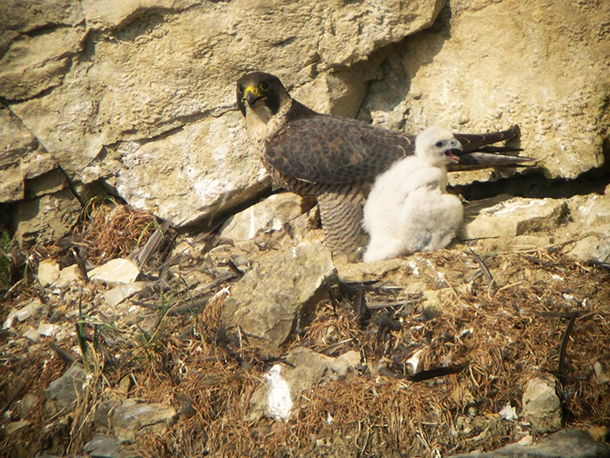 DYKSTRA: Correct. But some peregrine falcons also summer in Greenland, in increasing numbers thanks to the DDT ban, and warming is the prime suspect in their recently showing up much farther to the north in Greenland, where they have no problem evicting the gyrfalcons from their prized, purloined poop palaces. Researchers have been following this unlikely drama for years, knowing that this 2,500 year-old guano nest just ain't big enough for the two falcons.

DYKSTRA: It's what I live for.

CURWOOD: All right, what's next?

DYKSTRA: In what may be part of a continuing penance for a major emissions cheating scandal, the Rwanda Development Board says Volkswagen may be looking at building a factory for low-emission and electric vehicles in the tiny African nation.

CURWOOD: Hmm, so what is this? Green guilt, or is it a good business move?

DYKSTRA: Well, could be both. Rwanda and its capital city, Kigali, suffer from pollution problems all too common in the developing world. And virtually all of Africa has potential to grow its middle class like China and India have done in recent years.

DYKSTRA: Well, 59 years ago this week, the nuclear sub USS Nautilus began its first-ever trip under the ice of the North Pole. Decades later, when the Cold War finally melted away, the US and Russian navies declassified their years of data on how thick the ice was up there. 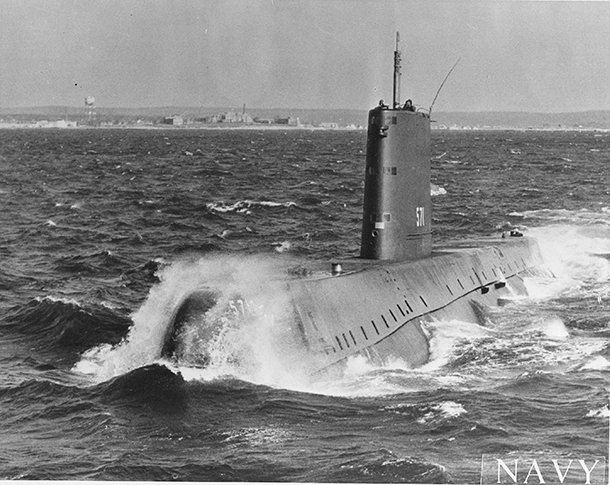 Data collected by the USS Nautilus dating from the Cold War is giving scientists a record of the change in Arctic ice thickness over the decades. (Photo: US Navy, Wikimedia Commons CC)

CURWOOD: I'm afraid I may already know the answer to this, Peter, but why were the Americans and Soviets so interested in Arctic ice thickness back then?

DYKSTRA: Yeah, you probably do know the answer. The Americans and the Russians were engaged in preparation for thermonuclear war, and those submarines under the North Pole ice might be needed to poke through the ice and fire their missiles. So one little legacy of nuclear madness is that we have a 59-year-long record of the decline of Arctic ice thickness thanks to a vestige of the Cold War.

CURWOOD: Peter Dykstra is with Environmental Health new -- That’s ehn.org – and DailyClimate.org. Thanks, Peter. Talk to you again next time!

DYKSTRA: OK, Steve. Thanks a lot. We’ll talk to you soon.


The Atlantic | The Battle Over 2,500-Year-Old Bird Nests Made of Poop

History of the USS Nautilus