The Value of National Parks 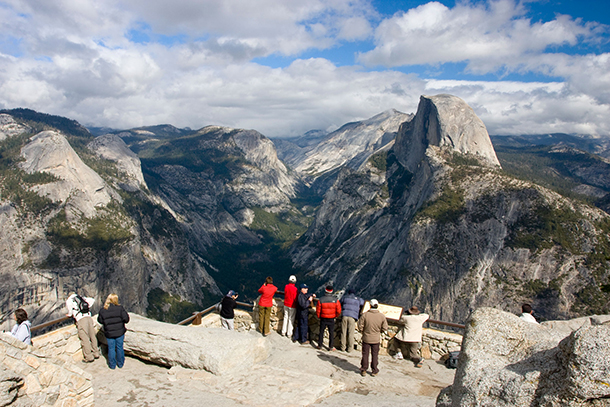 The view from Glacier Point in Yosemite National Park. As of June 30th of this year, attendance was up by 3 million from that time last year. (Photo: Taylor Davis, Flickr CC BY-NC-ND 2.0)

Research from Harvard and Colorado State finds that Americans value maintaining the National Parks system through their taxes at over 30 times its annual appropriations. Host Steve Curwood sat down with Harvard professor Linda Bilmes to discuss why Americans care so deeply for these iconic places and how to put their future and protection on a sustainable financial footing.

CURWOOD: From PRI, and the Jennifer and Ted Stanley Studios at the University of Massachusetts, Boston, this is an encore edition of Living on Earth. I’m Steve Curwood. Ryan Zinke’s Interior Department and the President are reassessing the size and status of some 27 National Monuments, but Americans are overwhelmingly in favor of public lands. Indeed, taxpayers seem prepared to actually pay to support the National Parks.

That’s what Linda Bilmes of Harvard’s Kennedy School of Government, and colleagues from Colorado State University discovered when they carefully surveyed taxpayers. Their research shows that the public would pay more than $90 billion a year to preserve and protect iconic places from Acadia to Zion. Congress typically grants the US National Park system less than $3 billion a year, and there’s a multi-billion dollar backlog of corroded or broken infrastructure. Professor Linda Bilmes is also a former US assistant secretary of commerce for administration and budget, and we joined her in her office at Harvard. Welcome to the Living on Earth!

BILMES: Thank you very much.

CURWOOD: What prompted you to do this study?

BILMES: I was lucky enough to serve on the Second Century Commission. It was a group of prominent Americans including Sandra Day O'Connor, Sylvia Earle, Rita Colwell, James McPherson of Princeton, and a number of senators and congressmen, and we were thinking about how to protect the National Parks over the next 100 years. And one of the conclusions that we reached was that the financial picture was not sustainable given the way that the National Parks are funded at the moment. So in order to begin thinking about creating a more sustainable financial structure for the national parks, we needed to establish a baseline for what the parks were actually worth, and actually no one had done this before. So this led me to begin thinking about how one could estimate the total economic value of the National Park Service and to do it in time for the centennial. 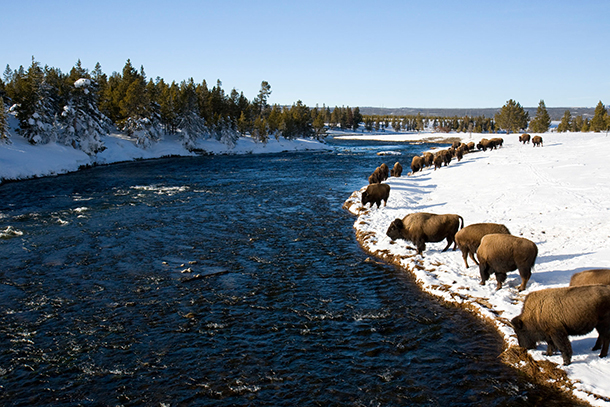 An assessment of the economic value of the National parks that was published this month puts the worth of America’s national parks at $92 billion per year. (Photo: Lorne Sykora, Flickr CC BY-NC-ND 2.0)

CURWOOD: Now some would say that our National Parks are priceless, you can't put a price on something like the Grand Canyon or the Grand Teton. So what you're talking about, I gather, is the capital value of this, that is, as an asset that America should look at. It's not really for sale.

BILMES: No, it's not for sale, but you raise a very important point, which is how do we actually value a priceless asset? And economists do this by asking what one would pay not to lose that asset, so in the conservation field we are particularly at a disadvantage because there's a very robust, well-established accounting procedure for figuring out what the value is of constructing a building, for example, but there's no agreed-on methodology for how one accounts for not constructing a building, for protecting the land.

CURWOOD: So how do you solve this dilemma?

BILMES: Well, we used a methodology similar to that used by civilian US agencies, such as the Food and Drug Administration and OSHA, and we conducted an economic survey. So I want to stress that this was not a poll, but an economic survey in which we went out and asked households what they would pay to not lose the National Park Service units and programs. Surveys were sent out to households across the country, and with different amounts of money on them, and so we could figure out that at the higher levels of payment fewer people would be willing to pay, even if they love the parks, and at the lower levels, for example, $10, $15, practically everyone was willing to pay that much in higher taxes. And we're not advocating higher taxes for parks, but this was a way of getting at what the value was that the public attributes to protecting the parks and park programs.

CURWOOD: So, some 90, 95 percent in your study said that these parks are important. I mean, what else are we unanimous about as Americans these days?

BILMES: Well, I think that there are very few entities and public assets that command this kind of respect, and really love, that we heard in this survey. But I think beyond that what we felt we were trying to do was to understand how people who didn't necessarily visit the parks felt about the parks and the programs because we already knew that those visit the parks typically love them and many surveys show that a lot of people like the parks very much. They think they are wonderful, but the question was, could we quantify the fact that I might place a value on protecting Gettysburg or protecting Ellis Island or protecting the Grand Canyon, even if I don't visit, that that still means something to me, and that's where we were amazed to find that the value was $92 billion which is more than 30 times what the annual appropriation for the parks is.

CURWOOD: So what is being spent on the park service now and what does it need? 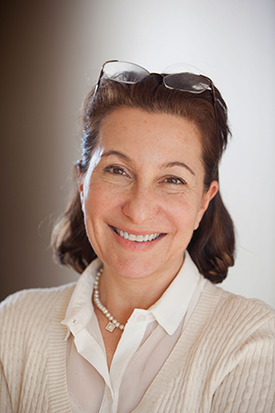 BILMES: Well, the Park Service currently gets an annual appropriation of about $2.5 billion a year and the Park Service budget has actually been declining over the past 20 years. In fact it's 15 percent below, in today's dollars, what it was in 2001. In addition, the park service has a maintenance backlog of about $12 billion, and that is a backlog of infrastructure projects, for example, campgrounds and trails and bridges and roads and things like that. So not only is the annual appropriation insufficient to cover its needs, but it has been completely unable to finance its long-term infrastructural, maintenance needs. So, in other words, the National Parks as they're currently funded are decaying because of the fact that we're not keeping them up.

CURWOOD: And yet the public is willing to spend much, much more, almost 30 times more then what the annual appropriation is. So why are we in this state?

BILMES: Well, I would say that there are two major points around the National Park funding. First of all, our study shows that the public places a very high value on the parks and so we are urging Congress to give a birthday present of some amount of money to begin tackling the maintenance backlog for the parks. But when you think about the broader issue which is that the public is conservatively valuing the parks at 92 billion, and the amount we spend on the parks, even including fees and so forth is below $3 billion, there's no way that the government is going to be able to make up that huge gap.

So this is where private philanthropy comes in, and there is a National Park Foundation, which has operated for a number of years. The private philanthropy has played a role in shoring up many individual parks. However, we don't have an overall philanthropic, long-term perpetuity funding structure for the Parks. So I've been urging for some time that we set up an endowment for the Parks which is a funding mechanism that Harvard University has, for example, and many museums and hospitals and others that have a kind of forever mission because the mission of the parks is to protect these special places, unimpaired forever and the only way that they can do that is if they have an endowment which they can tap into to try and make the investments and keep up with the long-term maintenance, repair, and stewardship which is their mission.

CURWOOD: Your favorite park or parks?

BILMES: You know, I have to say that I grew up in San Mateo, California, and the Golden Gate National Recreation Area is probably my favorite because I know it best. It stretches along the coast of San Francisco, is a fantastic place, and it also does an enormous amount of educational efforts. I'm also very, very partial to Yosemite and to Yellowstone in the winter. Yellowstone Park, when it's empty in February and it's cold, is like no place on the planet.

CURWOOD: Linda Bilmes is the Daniel Patrick Moynihan Senior Lecturer in Public Policy at the Harvard Kennedy School. Thanks so much for taking the time.

BILMES: Thank you so much for having me.