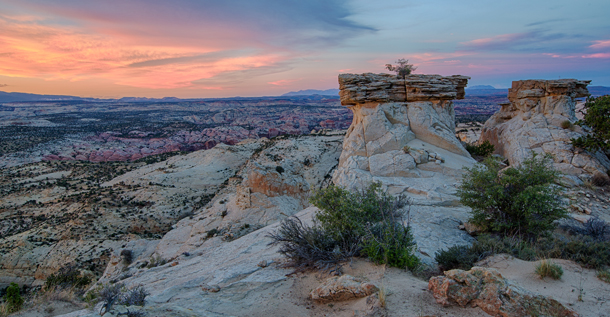 The sun sets on the Grand Staircase-Escalante national monument in southern Utah. The site is one of many that Secretary Zinke has recommended shrinking in a leaked memo to President Trump. (Photo: Bureau of Land Management, Flickr CC BY 2.0)

Following a four-month review of more than two dozen National Monuments, Secretary of the Interior Ryan Zinke submitted confidential recommendations to the Trump Administration in August. A leaked report spotlights Zinke’s proposals to shrink a number of Monuments and open some to extractive industries like mining, grazing and fishing. Vermont Law professor Hillary Hoffman joins Host Steve Curwood to discuss the legality of altering these protected and popular spaces.

CURWOOD: It’s Living on Earth, I’m Steve Curwood. After four months of reviewing America’s National Monuments, Secretary of the Interior Ryan Zinke delivered his confidential recommendations to the White House in August. A leaked report says Mr. Zinke wants to shrink some Monuments, and also allow greater commercial uses such as mining, logging, and fishing. Presidents can create a National Monument out of federal lands with just the stroke of a pen, thanks to the 1906 Antiquities Act, and they are just about the same as a national park. But according to Vermont Law School Professor Hilary Hoffmann, while many years ago administrations did make small changes in monument boundaries to fix surveying mistakes and title disputes, a law passed in 1976 now gives Congress the sole power to revise or eliminate national monuments. Professor Hoffmann joins us now –Welcome to Living on Earth.

HOFFMANN: Thank you for having me.

CURWOOD: So, what's the public support for these proposals to shrink these national monuments and add some commercial activities?

HOFFMANN: The local support across the board has been for the monument designations. There's been limited opposition to the monument designations primarily from those who favor the extractive industries like mining and grazing, and these are particularly for the land-based monuments. But when Secretary Zinke put forth this review period for the National Monuments that are currently under review – and there was twenty something monuments that he was considering recommending, altering or modifying their boundaries – the overwhelming majority of public support was to keep the monuments exactly the way they are, to keep them at their current size and the current scope and not to touch the designations of the previous executives. 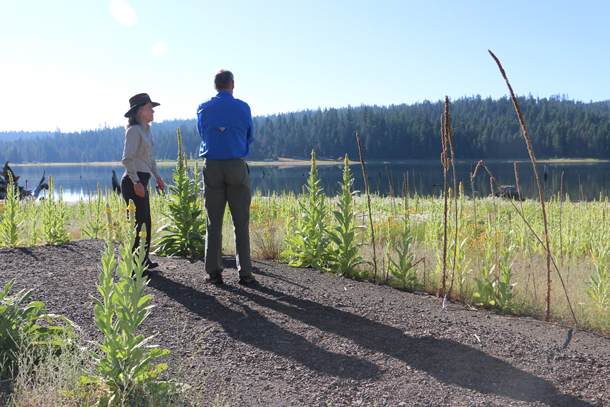 In July, Secretary of the Interior Ryan Zinke (in blue) visited the Cascade-Siskiyou National Monument in Oregon as part of a review of the nation’s monuments. (Photo: Bureau of Land Management, Flickr CC BY 2.0)

CURWOOD: Professor Hoffmann, talk to me about the politics behind this move. What does the Trump administration think it can gain by shrinking these National Monuments and allowing more commercial activity? What is the basis of this?

HOFFMANN: Well, potentially it would curry favor with some of the local interests. In Utah the delegation has been overwhelmingly supportive of mining and grazing and other extractive industries, and so this would potentially gain him some support amongst those local small contingencies that oppose National Monuments. They're described often by the local news outlets and by the local county commissioners as “federal land grabs.” And so, some in the local community feel that this is the federal government overreaching its authority and stealing land, if you will, that locals have always had access to and been able to use. And that's somewhat problematic for a couple of different reasons: one reason is that a National Monument can only be established on land that is federal land. So this was already federal land, it's just that the level of protection was slightly increased from what it was before, and National Monuments absolutely preserve access. So, if people are worried about being able to access these public lands, they can still use them after the National Monument designation is in place, it's just that the management is going to be a little bit more careful.

CURWOOD: So, there's money for commercial interests if Grand Staircase Escalante or Bears Ears or both weren't National Monuments? 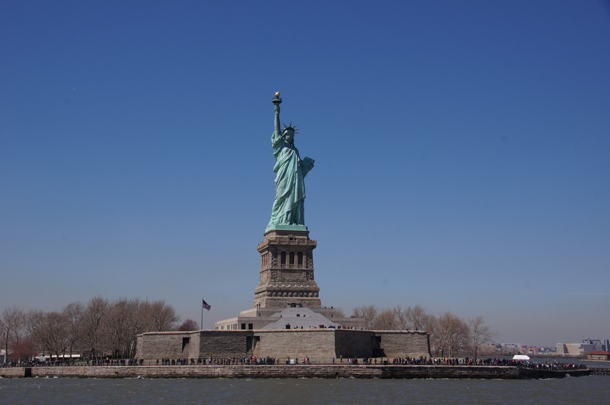 National Monuments are designated by presidents for their historic, cultural or scientific importance to the country, and not all of them are composed of vast wilderness. The Statue of Liberty was designated as a national monument in 1965. (Photo: Fredrik Rubensson, Flickr CC BY-SA 2.0)

HOFFMANN: Sure, well, of course, there's money any time you're talking about extracting mineral resources from the public lands and there might be limited job creation in the near term, but the federal government subsidizes those extraction programs so heavily that the American public isn't reimbursed for the cost of the fossil fuels that are extracted. Economists have studied National Monuments and their impact on particularly rural western economies and National Monuments have a very positive impact on rural western economies, so a lot of business owners and small towns in southern Utah favor and support the continued existence of these National Monuments because they bring tourists to their doorstep.

CURWOOD: Why doesn't the Trump administration take this to Congress as the law provides that Congress could shrink or even rescind these National Monuments? You've got a Republican White House, Republican Senate, Republican House of Representatives. Why not go the legal route?

HOFFMANN: Well, it's not clear to me that President Trump won't do that, so it's possible that President Trump will take this to Congress and legally speaking Congress does have the power to do what the Trump administration seems to want to do with these Monuments. But certainly Executive Action, unilateral presidential action is faster. It accomplishes the purpose more quickly. The problem is that the resulting litigation would bog down the courts for years to come, so there are plenty of interest groups who support these National Monuments that are gearing up for litigation, if Trump decides to unilaterally abolish or reduce any of the National Monuments.

CURWOOD: Talk to me about how if at all National Monument designations in the past have sought to address inequities faced by Native Americans, the first Americans in this country. 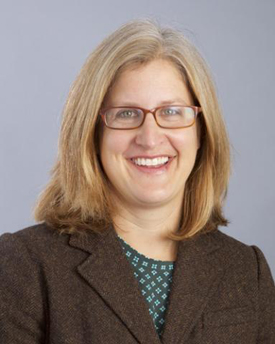 HOFFMANN: Well, that's such an important question because so many of the public lands and the places that have been protected by Congress since the nation's inception were the aboriginal homelands of Native American nations, and so, many of the places that are culturally important and sacred to these various tribes are located on public lands and are outside of the tribes' homelands today. So, for tribes like the Navajo and the Hopi and the Zuni and the Ute in Southern Utah and Northern Arizona, the Bears Ears region has really important cultural and historic ties for those tribes and President Obama recognizing those ties in the establishment of Bears Ears National Monument is really a significant step forward in acknowledging the place of Native American nations in this country's history.

CURWOOD: So, if the President were to accept these recommendations as they currently exist, what kind of response might we see to this, from environmental groups, from the Congress, from the public do you think?

HOFFMANN: I think there will be a lot of public outcry. I think the public overwhelmingly supported the continued existence of all of the Monuments that were subject to the Secretary's review. There will definitely be litigation. There are plenty of, business alliances and organizations that will inevitably bring lawsuits challenging whatever actions President Trump decides to take.

CURWOOD: Hillary Hoffmann is a Professor of Law specializing in Natural Resources Law and Management, Climate Change and Native American law at the Vermont Law School. Professor Hoffmann, thanks so much for taking the time with us today.

NYTimes: “Here Are the 10 National Monuments the Interior Department Wants to Shrink or Modify”

Washington Post: Why Americans are fighting over a gorgeous monument called Bears Ears