Puerto Ricans Flee Maria For Florida - Where They Can Vote 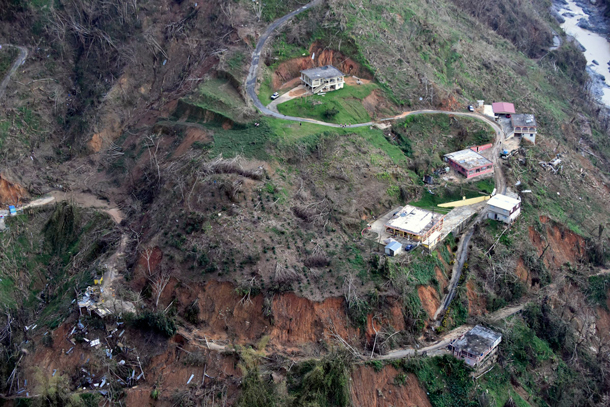 Much of Puerto Rico’s water and power systems are still broken after the destruction of Hurricane Maria and while tough economic conditions on the island have stimulated migration to the mainland over the past decade, the devastation of hurricane has turned this flow into a torrent. Thousands are heading to Florida and as they move in, their climate-related migration is coming with political implications. Puerto Rican voters have leaned Democratic in recent state-wide and presidential elections when the winning margins have been roughly 1%. The Director of the Center for Puerto Rican Studies at Hunter College, Edwin Meléndez, and Professor of Government and Politics at the University of Southern Florida, Susan Macmanus, join host Steve Curwood to analyze the impact of these newcomers on this major swing state’s politics.

Weeks after Hurricane Maria hit Puerto Rico, much of the island remains without water or electricity, and now it’s beginning to lose another valuable resource, its people.

MELENDEZ: What our data suggest is that between 100,000 and 200,000 people will leave Puerto Rico this year. Half that flow will go to Florida, even more than half.

MELENDEZ: That exodus is going to continue for a few years. Over the last 10 years, more than half a million Puerto Ricans migrated so we can safely talk about the depopulation of Puerto Rico nowadays. 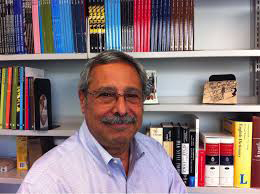 CURWOOD: As Puerto Ricans are US citizens, Florida’s election watchers see that influx as a possible curve-ball to politics in the swing state. Susan McManus is a Professor of Government and International Affairs at the University of South Florida in Tampa.

MCMANUS: We are the state that’s long been known as an immigrant magnet state, particularly for Puerto Ricans. There are large concentrations of Puerto Ricans in our state and have been for quite some time.

CURWOOD: Now, with 100,000, perhaps 200,000 more Puerto Ricans, that he says that next year probably more of the same, how will this influx of Puerto Ricans from the island to the mainland where, of course, they can immediately register to vote, how might this affect the balance of power between Republicans and Democrats? I'm thinking particularly about the statewide elections, for example presidential and gubernatorial and senatorial elections where they have been some razor-thin margins.

MCMANUS: Absolutely. For the last four elections, two governor's races and two presidential races, the margin of victory in our state as just been one percent. We're known as “the one percent state”, and a lot of it has to with that people come from all over, including other countries, and of course, Puerto Rico. Only about a third of the people who live here were born here.

CURWOOD: So, how would you characterize politically, the recent migrants coming from Puerto Rico into Florida?

MCMANUS: Historically, what's happened is, people who have come straight from the island have really not have strong party attachments, and they have been very up for grabs by most parties and particularly influenced by adept campaigners who can speak Spanish. I go back to the days of Jeb Bush who did well among the Puerto Ricans and Marco Rubio as well. 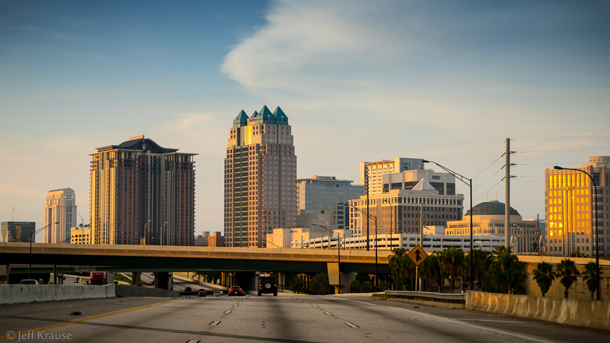 But there are also those who come to Florida via the northeast, go from the island to New York and New Jersey down to Florida. They are staunchly Democrats. But more recently we see that young Puerto Ricans are leaning more independent, but if they have a choice and it's party-intensive, they lean more Democratic. The Puerto Rican population coming here is fairly young, and so Democrats right now are salivating. They see a terrific opportunity to register all the new arrivals, and Republicans are very worried because we are a one percent state.

CURWOOD: Now, there are a number of factors in a number of races, but if you were to look ahead to the presidential race, and should President Trump be running, I would think that the Puerto Ricans who have had to leave the island in a relative hurry...well, they might be as mad as heck.

MCMANUS: That's certainly what Democrats are counting on, and it's why they are already aggressively organizing registration drives for people who arrive here. We have, for example, right on the heels of the terrible hurricane, around 35,000 Puerto Ricans and more are coming every day, but there's already talk of some wanting to return again. So, you know, we don't know the net figure, but Democrats see this as a golden opportunity, knowing that the demographics of this state are changing and the Hispanic vote is very important. 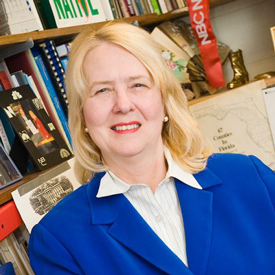 Susan MacManus is a distinguished professor of Government and Politics at the University of South Florida. (Photo: Florida State University)

CURWOOD: So, how does the environment affect voters there in Florida?

MCMANUS: It's interesting that you ask the question because just yesterday we released a USF/Nielsen Sunshine state survey of 1,200 Floridians, and the topic was the environment, and the question was "What is the biggest threat to the environment in Florida?" And it varies tremendously from what part of the state you're talking about. For example, concern about rising sea levels is very intense in the heavily populated southeast part of the state and it shows up as the number one issue in both the Miami, Fort Lauderdale and Palm Beach media markets. Whereas, in other parts of the state they are more invasive species. In other places, it's the Lionfish that has come in, and in some places it's related to the Everglades.

So the environment is a big issue in Florida, but if you just say climate change by itself, the really significant thing is that the group of voters that are most engaged and driven by that wording are the young millennials. And many people do not realize that Florida is no longer just a retiree state. In 2016’s election cycle, 50 percent of Florida's voters were either millennials or GenExers, and they are what we are calling “the environment generation”.

CURWOOD: Susan McManus is a Distinguished Professor of Government and National Affairs at the University of South Florida in Tampa. Thank you so much, Professor for taking the time with us today.

MCMANUS: I appreciate it being on your very, very powerful program. Thank you so much.


NYTimes: “An Exodus From Puerto Rico Could Remake Florida Politics”