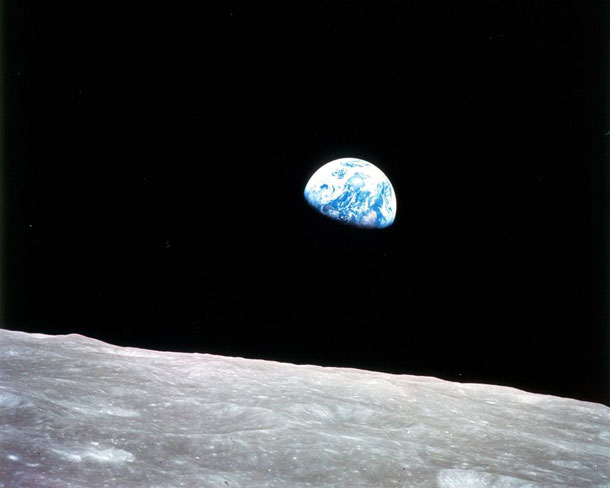 Peter Dykstra and Host Steve Curwood explore some novel concepts for bringing sails back to shipping, and discuss the beginning of the end for the popular plug-in hybrid electric vehicle, the Chevy Volt. Then, they remember the iconic “Earthrise” photo, taken 50 years ago by the crew of Apollo 8, the first people to ever orbit the moon. As they entered moon orbit on Christmas Eve, they shared the picture with the world.

CURWOOD: Well it's time to check in with Peter Dykstra now for a look beyond the headlines. Peter's an editor with Environmental Health News, that's EHN dot org, and Daily Climate dot org, on the line now from Atlanta, I believe; Peter, you there?

DYKSTRA: I am. How you doing Steve.

CURWOOD: Good, and what do you got for us today?

DYKSTRA: Ships at sea are a huge, huge contributor to greenhouse gas. And engineers and startup companies are looking at sails on even our biggest cargo ships.

CURWOOD: Wow. That would be amazing because I think I saw a statistic go by the other day that says all those ships out there would be number eight country in the world for global warming emissions. So what's the plan?

DYKSTRA: Well there are a couple different designs. None of them have gone into the actual use phase. One of the ideas that's popular: not really sails per se, but these cylindrical turbines right up and down the deck that suck in wind and cut down on the use of bunker oil and the heavy fuel that powers big ships. Another one involves solar panels on masts put on the deck. There's a third design that uses the 21st century version of actual sails. Couple of quick numbers, they're looking at immense potential cuts in fuel costs, maybe as much as half of the current fuel costs. Fuel on a typical cargo ship can be fifty thousand dollars a day or more. And by that I mean a lot more. 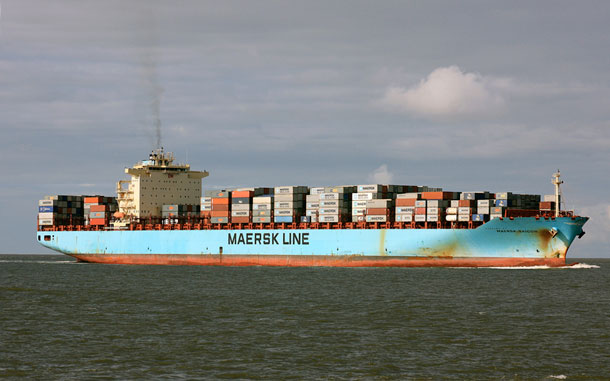 Cargo ships are powered by bunker fuel, which is a major source of air pollution. (Photo: Wolfgang.W., Flickr CC BY 2.0)

CURWOOD: Oh my. Well, hey we've been using sails as a civilization since, what, last couple thousand or more years, maybe this will work? What else do you have for us today.

DYKSTRA: Some news from GM. There was of course the announcement earlier in the month that they were going to close five factories and lay off about 15,000 people. One of the factories they're closing down is in Hamtramck, Michigan outside Detroit. That's where they make the Chevy Volt. And when that factory shuts the Chevy Volt goes away.

CURWOOD: Why are they doing this, does it have to do with the seventy five hundred dollar tax credit disappearing do you think?

DYKSTRA: That's a possibility. Right now there's a federal tax credit of up to seven thousand five hundred dollars. But there's a catch: once a specific model reaches 200,000 cars sold, that tax credit goes away. Tesla's already there. They've sold over 200,000; the Chevy Volt could reach that limit before it ends production in the month of March.

CURWOOD: Hmm, you know, I guess people wouldn't be interested in paying another seventy five hundred dollars for the same car at this point.

CURWOOD: Hey what do you have from the history vaults for us.

DYKSTRA: Fiftieth anniversary. This is actually a bit later in the month just before Christmas, but it's a really cool anniversary. In December 1968, Apollo 8, one of the precursor space missions to Apollo 11 that landed men on the moon -- but on Apollo 8 there were three astronauts, Frank Borman, James Lovell, and Bill Anders. Anders took a photograph that endures as one of the most famous photographs ever, of an Earth rise, something that human beings had never seen before.

CURWOOD: Peter, how did you feel when you first saw that photograph?

DYKSTRA: I thought it was pretty cool. And for some reason I was expecting the earth to be a different color, even though it's predominantly ocean. But it was just a beautiful picture from space. It led to a lot of speculation about all of the things we can learn about Earth, about living on Earth, from space.

CURWOOD: And when I saw that I had a couple reactions: first thing, I-I choked up, because it just was so astonishing. And then I thought about the people who'd gotten us this photograph and how huge the void is, because the Earth in that picture is so tiny compared to the vastness of space, and how they had to have everything work right in order for them to get back home safely. 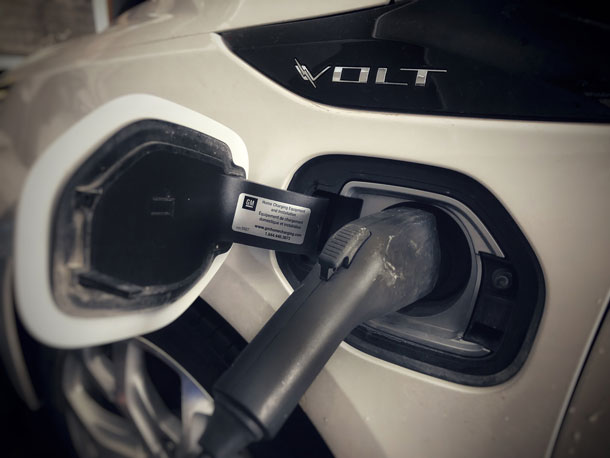 DYKSTRA: And they had computing power on board that was less than we carry in our pockets under an iPhone.

CURWOOD: Indeed. Hey Peter, we're heading into the holidays so it'll be a little while before we talk to you again. Peter Dykstra is an editor with Environmental Health News, that's EHN dot org, and Daily Climate dot org. Happy Holidays, Peter.

DYKSTRA: Yeah happy holidays to you and the staff and all the listeners. Thanks a lot Steve.

CURWOOD: And there's more on these stories at our website, LOE dot ORG.

What you need to know about the EV tax credits