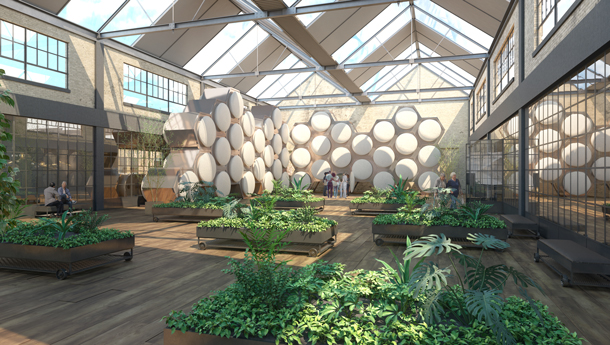 For most of recent human history, we’ve laid our dearly departed to rest through burial and cremation. But these can bear an environmental burden linked to land use and greenhouse gas emissions. Now, Washington State residents have a new green option: human composting, also known as natural organic reduction. Host Steve Curwood spoke with Recompose CEO Katrina Spade about the process of human composting and her mission to help families turn lost loved ones into fertile soil.

CURWOOD: The ritual of bidding farewell to our deceased loved ones is an important step in the mourning process. Most of us are familiar with the traditional casket burials and cremation. But now there is a third option: natural organic reduction, or human composting. On May 21st, Washington became the first state to legalize this form of death care. Katrina Spade is CEO of Recompose, a company that helps people compost their loved ones into fertile soil. Katrina, welcome back to Living on Earth!

SPADE: Thanks for having me.

CURWOOD: Now, the process of human composting is based on the principles of livestock mortality composting. So, talk to me about that and how it would translate for people.

SPADE: Well, I found out about livestock mortality composting back when I was a grad student in architecture school. And, it's this great practice that farmers have used for decades now in the US to recycle farm animals back to the land. And, it had never been done for humans before, but it seemed really like a great option. And, so, I started to investigate what it would mean to take that sort of agricultural process and make it feel meaningful and appropriate for humans.

CURWOOD: Just what exactly happens in this human composting -- or recomposing, as you say.

SPADE: The basic idea is we take a body and create the perfect environment around it, using natural materials like wood chips, and straw, and alfalfa, for microbial activity. My favorite way to think about this process is it's almost exactly what's happening on the forest floor, as dead organic material like leaf litter, sticks, and your errant chipmunk break down and become topsoil. What we're doing is basically creating that same process, but controlling it more carefully and accelerating it by providing all the right materials and the oxygen that those microbes need.

CURWOOD: And how long does this composting process take?

SPADE: So, the process takes about one month. And, that includes the breakdown of bones and teeth as well. It's pretty quick. 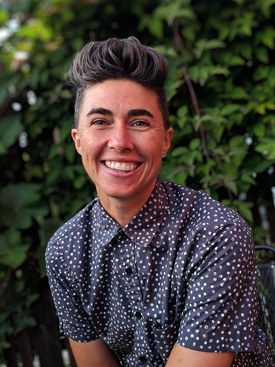 CURWOOD: From an ecological and economic standpoint, why is human composting a better form of burial than cremation or a traditional casket?

SPADE: The main reason I started to develop this idea was that neither cremation or burial felt particularly meaningful to me. I started to wonder what would my family do with my body if I died, and I realized they'd probably cremate me. But they would do so just because it was a default, not because fire is of particular meaning to me or my family. And by the way, the rates of cremation in the US are rising really fast. And, so, in Washington State, where I live, we have a 78% cremation rate. And in the US more broadly, it's rising very quickly. So we can assume that cremation is becoming the default for most Americans. And when I started to look into cremation, I realized it has a significant carbon footprint, and, you know, of course, uses fossil fuels. And so it just seemed to me like the last gesture we make on this earth -- well, for me anyway -- I didn't want it to be one that contributed more to the state of the world as it is.

CURWOOD: And, compared to the traditional burial, casket and all?

SPADE: There's definitely a carbon footprint with conventional burial as well. There's the manufacturer and transport of caskets and grave liners and headstones. I mean, the truth is, I believe everyone should have the choice that feels meaningful to them. So, I'm not saying that natural organic reduction should replace these other options. But, just that we should have an option – we should all have an option – that feels right for us.

CURWOOD: Now, human bodies do come with all kinds of chemicals. I know we're mostly water, but there are also some medicines, things of that nature, oh, there could be the odd piece of metal from a hip or knee replacement or something like that. With composting, these chemicals may get released into our environment. What's the process for dealing with that?

SPADE: Well, this is a great question, because one of the things we did early on was say, okay, we know from livestock mortality composting that the process of composting breaks down livestock on a molecular level. And so there's actually some studies showing that antibiotics, for example, that have been given to livestock do break down in the composting process. But, when we did a pilot with donated bodies at Washington State University, our questions were, what happens to pathogens, what happens to heavy metals, and what happens to pharmaceuticals? And we were able to kind of tick off, or check off each of those boxes – which was not surprising, like we expected that result. But it was very satisfying to see that, in fact, it's a very safe process. And, so, the first thing to know is for pathogens – you know, those are bacteria that cause disease – the process creates a great deal of heat from microbial activity, and that heat is what destroys dangerous pathogens. And so what we're looking for when we do a successful natural organic reduction is a certain temperature threshold, again, created by microbial activity, that destroys pathogens. And we saw this reached very quickly and many times over in our study. And when it comes to heavy metals, what we're looking to see is that the levels are way below EPA’s limits for heavy metals in soil. And we saw that as well, which again, wasn't very surprising, but was great to see. And then finally, the thing about pharmaceuticals, for example, is we have a big problem with pharmaceuticals in our environment, that has to do much more with wastewater and how we use the bathroom than it does with actual dead bodies. At the same time, we were really thrilled to see a 95% reduction of pharmaceuticals from the composting process. So we can say with confidence that natural organic reduction won't add to the problem of pharmaceuticals in our environment. This particular form of death care actually does solve that problem.

CURWOOD: Talk to me about the amount of soil that human bodies can create and, and what you suggest people use that soil for. 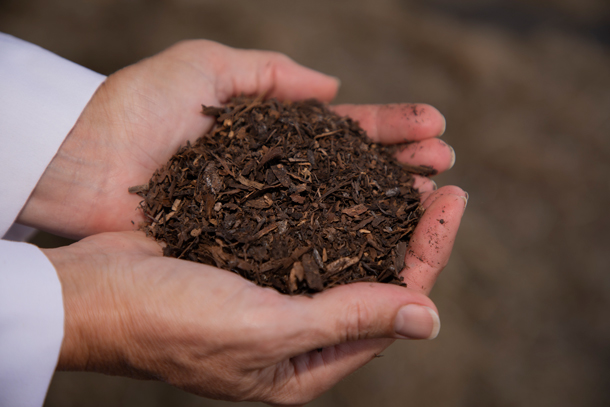 Natural organic reduction, or human composting, is a process that only takes about a month in which loved ones are composted into fertile soil as a new form of after-death care. (Photo: Courtesy of Recompose, Credit: WSU Communications)

SPADE: Yeah, so, because the body is laid into a mixture of wood chips, alfalfa, and straw -- and it's quite a bit of that mixture -- we see a creation of about a cubic yard of soil. It's a lot. And what we're doing is creating partnerships with conservation lands around the Puget Sound area, so that if a family only wants a small amount of that soil, they can know that the rest of it is going to restore forest lands that need that. If a family wants all of that cubic yard and wants to go grow a tree on their own, that of course is great, too.

CURWOOD: You know, probably not everyone is comfortable even listening to our interview and a lot of people respond negatively to the notion of human composting like a banana peel or something. So, how do you approach this sort of “Jeez, sounds kind of yucky” mentality?

SPADE: Yeah, you know, I even hesitated to say the word dead bodies back there! But it can be hard, I think, to think about death and the care of bodies after we die, no matter how we're talking about caring for them. It can be a difficult thing to listen to. And I think when it comes down to it, if you look closely at any death care option, if you look closely at the process of embalming, if you look closely at what happens to a body in a casket underground, if you look closely at cremation itself, any of those things can feel a little uncomfortable. And so I'm sure that the same is true when people think about what is often called human composting. I've found personally that thinking about death on a daily basis has really given me a lot of joy in living life. I've been very aware over the past few years because I'm thinking always about death care itself. And, that's brought me an incredible, I think, perspective about how precious life is. So there's some beauty in talking about this stuff, but it can be very difficult.

CURWOOD: Katrina Spade is the CEO of the human composting corporation Recompose. Thanks for taking the time with us today, Katrina.

SPADE: Thank you so much for having me