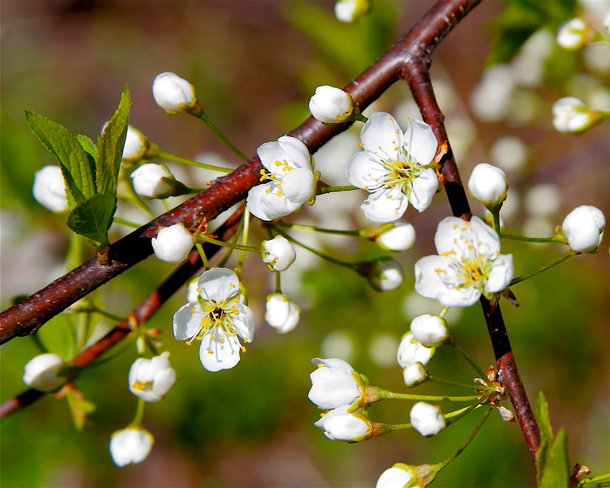 The fire cherry (Prunus pensylvanica) was one of many species for which Henry David Thoreau tracked both the flowering and leafing-out dates more than a century and half ago. (Photo: Dan Mullen, Flickr CC BY-NC-ND 2.0)

The Nineteenth Century writings of environmental philosopher and naturalist Henry David Thoreau are treasured not only by students of literature, but by today’s scientists as well. Boston University Professor of Biology Richard Primack is using Henry David Thoreau’s careful observations of New England in the 1850s to help track how a warming world is now affecting trees and flowers in the region. On a rainy spring day Living on Earth’s Don Lyman met up with Professor Primack for a stroll around Walden Pond in Concord, Massachusetts.

CURWOOD: In the historic suburb of Concord about 20 miles west of Boston there is an oasis of woods and water made famous by writer Henry David Thoreau, called Walden Pond. Back in the 1850s Mr. Thoreau wrote his famous book, "Walden; or, Life in the Woods" about his time living there in a 150-square-foot, hand-built cabin. The volume has been an inspiration to nature writers ever since and includes detailed descriptions of his daily walks around the Walden Woods and the plants and animals he encountered. Today Henry David Thoreau’s writings are helping scientists who study how a warming world is affecting trees and flowers in New England. One of them is Boston University Professor of Biology, Richard Primack. On a rainy spring day Living on Earth’s Don Lyman met up with Professor Primack for a stroll around Walden Pond.

LYMAN: So Professor Primack, what are we looking for today?

PRIMACK: We've been doing a study for the last 16 years, where we've been repeating the observations made by Henry David Thoreau, the famous environmental philosopher and naturalist who lived by Walden Pond in the 1840s. And we're repeating his observations of when plants were flowering and leafing out in Concord, observations which he made in the 1850s. And we're seeing if they are doing the same things today that they were doing 160 years ago. So, you know, we're walking here along the edge of the beach, not far from the main beach area. And what we're doing here is we're looking at some of the plants that we are presently monitoring. And what we can see here is this is a plant that I'm actually specifically looking for, this is a plant that has silvery leaves, and the leaves are just starting to expand, I can see the shapes of the leaves. And this is a bigtooth Aspen, the leaves are all drooping down, but I can clearly see their shape. They'll expand over the next few days. And this is the stage that Thoreau would have recorded as leafing out. And then if you look over here on the edge of the beach here, we have these leaves coming up from the ground. These are three-parted leaves that look like clover, most people would look at them and think they're clover leaves. But in fact, these leaves here are the leaves of the yellow wood sorrel. And even though it's leafing out very well, it's not flowering yet. Should be flowering this time of year, but we've actually had extremely wet weather, over the last four weeks, we've had about the most rain of any April and early May that's ever been recorded in Massachusetts, it's very close to the record. So this is what we're doing on today's walk, we're looking for plants and seeing whether they are flowering yet and leafing out yet. And we're making the same observations that Thoreau made. And a lot of Thoreau's observations were made here right along Walden Pond. And in fact, he might have even been looking at the same, some of the same plants that we're looking at. 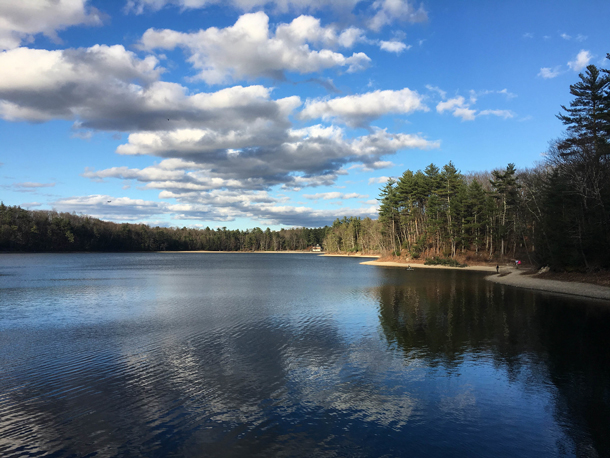 LYMAN: When Thoreau was making his observations, how formal was he – was he keeping a journal, was he drawing pictures of things?

PRIMACK: What we think that Thoreau was doing is he was walking around, and he was making small notes on scraps of paper. And he made fairly detailed notes on his papers. And then he would come back and he would take these notes, and he would enter them into his journal in formal writing and sentences. And he would often create a lot of descriptions of things and make connections between things. And then what he began to do in the late 1850s, was to go back to his journals and extract out the flowering time and the leafing out information from his journals. And then he made these into formal tables, which are actually now held at the Morgan Library in New York. And so what we do is we compare our observations over the last 16 years with Thoreau's observations from these tables. 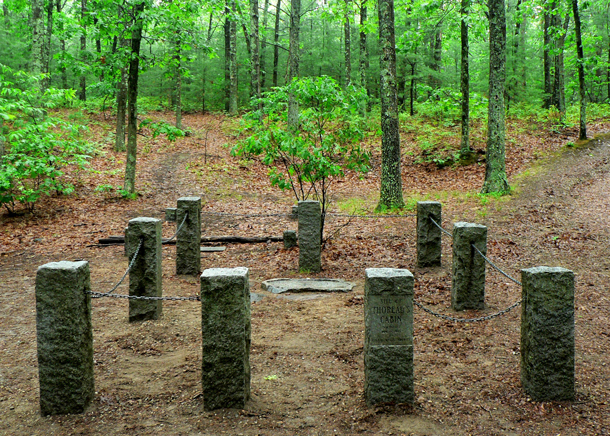 LYMAN: And what have your general results showed you so far?

PRIMACK: The general results have shown that plants are flowering about one week to about 10 days earlier now than they did in Thoreau's time, and that the trees are leafing out about two weeks earlier now than they did in the past. And so this example from Concord, Massachusetts is one of the best examples of the effects of climate change that we have in a biological system from anywhere in the United States. And we also see something else very distinctive, which is that if we look at the changes in the abundance of species in Concord, the species which have tended to decline the most in Concord are the cold-loving northern species, and the species that have increased the most in abundance in Concord are the warm-loving southern species. So we can see the signature of climate change in several different ways in Concord.

LYMAN: So how much has the temperature increased since Thoreau's time?

PRIMACK: Well, the temperature has increased by about two to three degrees Centigrade, or about four to six degrees Fahrenheit since Thoreau's time. Southern New England is actually interesting, because we've actually warmed up by about twice as much as the global average in ways that people don't really understand. So this region has had particularly a lot of warming. Thoreau also lived at the end of the period known as the Little Ice Age, so Thoreau lived at the end of a several-hundred-year period when the temperatures were actually much colder than they'd been before or since. The temperature warmed up over the next sort of 50 or so years after Thoreau's death. And then it kind of underwent a period of fluctuations for about another half a century. And then particularly starting around 1980, the temperatures in this region have been steadily increasing, probably because of climate change. 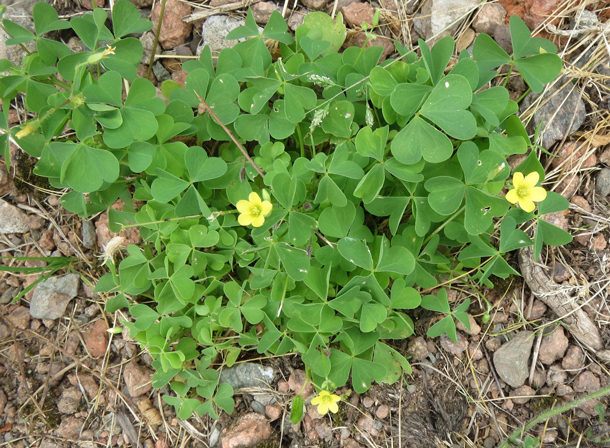 PRIMACK: Don, that's a great question! So that's actually the main area of research of our group at the present time. So we think that the trees are leafing out faster because the branches can respond directly to air temperature, and air temperature can warm up very quickly. But it takes a couple of weeks extra for the ground to warm up because the ground is much denser, it has a lot of water in it; it takes a lot more warming to really warm up the ground so the wildflowers can start coming up. And so we think that the trees are more responsive to climate change than the wildflowers. This actually has a lot of interesting ecological implications. Because in the New England area, often the wildflowers – for example, things like the violets, and the anemones, the Columbines – they start leafing out earlier than the trees in order to get a period of full sunlight before the trees start leafing out and start shading them. So there was a period of about three or four weeks in Thoreau's time when the wildflowers came out before the trees started leafing out. And that period of full sunlight is actually getting shorter, because the trees are responding faster to climate change than the wildflowers. And that means that these wildflowers might not get enough energy in this early, full-sunlight period in the early spring in order to take their flowers and mature them into fruits. And if the wildflowers can't mature their fruits, they can't make seeds, then that prevents them from getting the next generation. And that will lead to the long-term decline of wildflowers in Concord and, we think, in really a lot of other regions in the northeastern United States.

LYMAN: So to what extent does the connection with Henry David Thoreau help you communicate your findings, your research findings, to the public? 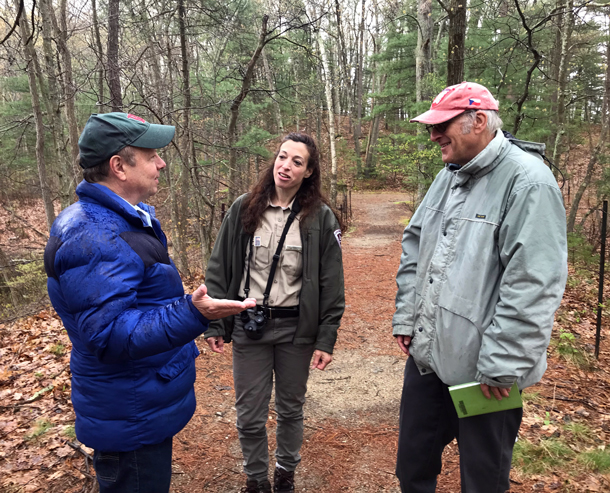 PRIMACK: People have read "Walden" or they've read various writings of Thoreau, so by connecting Thoreau to this issue of climate change, it really helps me and my colleagues reach a much wider audience. Thoreau, in the book "Walden", has a couple of themes like observing nature very closely, living simply, becoming very actively involved in the critical issues of the day. And these are really the same types of ideas that we really need to deal with this issue of climate change. The really, the answer to dealing with climate change is that for us as individuals, and as a society to use less fossil fuels, to be more aware of how we're impacting the environment; also, that if we go out and we start making very careful observations about when plants flower in the spring, when the birds leave in the autumn, we can also see the effects of climate change right around us. All of us can see it, no matter where we live in the world. And also, the way to deal with the problem of climate change is to be actively involved in the political process, to join political parties, to write letters, to interact with people in groups, because it's really a global issue, which we need to be involved in as individuals, but only when we as a society grapple with the problem, will really the problem of climate change be solved. So there are very strong connections between what Thoreau was doing in his time and the book "Walden" and the present issue of climate change.


Boston Globe | “Can Thoreau make us care about wildflowers?”

About the Primack Lab

The Journal of Henry David Thoreau