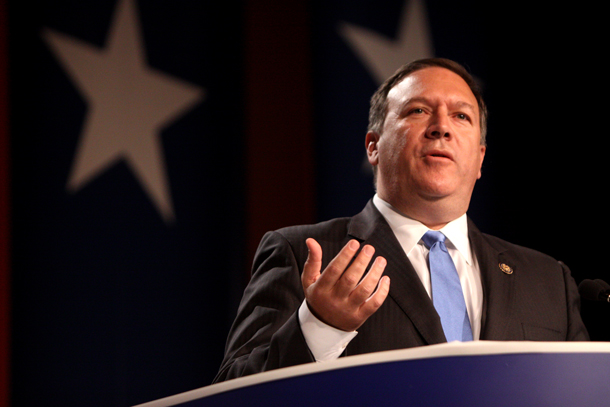 Secretary of State Mike Pompeo has recently made some controversial statements about the warming planet – such as how melting sea ice could open up new trade passages, or how those threatened by climate disasters in their homes could move to new places to escape. (Photo: Gage Skidmore, Flickr, CC BY-SA 2.0)

In this week's trip beyond the headlines, Peter Dykstra and host Steve Curwood first take a look at some controversial suggestions from the current Secretary of State, Mike Pompeo about how people can cope with mounting climate impacts. Then, the two discuss the Democratic National Committee, which has declined requests from candidates and activists alike to feature a climate change-focused debate during the Democratic Presidential primary season. Finally, the pair take a look back in history to the groundbreaking paper that linked chlorofluorocarbons, or CFCs, to ozone layer destruction.

CURWOOD: Time now to take a look beyond the headlines with Peter Dykstra. He's an editor at Environmental Health News, that's EHN.org and DailyClimate.org. On the line now from Atlanta, Georgia. Hey there, Peter, what's going on?

DYKSTRA: Hi, Steve. We're going to start with a few pearls of wisdom from Washington, DC. Specifically Secretary of State Mike Pompeo, who recently said climate change, as a longstanding threat, can be dealt with, because modern societies can simply adapt to a changing environment by moving people out of harm's way. If you live in a place that's inundated by sea level rise, you move. If you can't grow your crops anymore, you move. If you're out of drinking water because your glaciers have melted, you move.

CURWOOD: Wait a second, we just heard, earlier in the show, scientists really concerned of how volatile it will be to have literally a billion people around the world moving to avoid climate change. Hm.

DYKSTRA: And not only is that one part of the cataclysm we may face, Pompeo also recently admitted that climate change was happening. He did so by saying the melting Arctic was just a nifty way to open up new trade routes between Asia and the West. It's a little like saying that burning your house down was a nifty way to take the chill out of a cold winter night 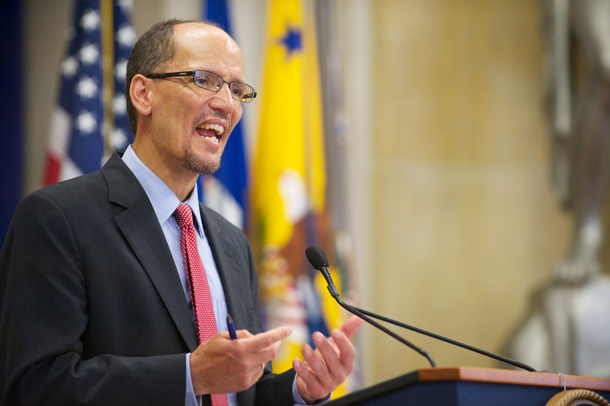 CURWOOD: Indeed. Hey, what else do you have for us today?

DYKSTRA: Well, you might think with all this public concern rising over climate change - we hear about things just in the past few weeks, like 100 degrees in San Francisco in early June, 122 Fahrenheit in parts of India - that the Democrats, with their school bus full of 2020 challengers, and up to a dozen primary debates, that they might peel off one of those dozen debates and have a focus discussion on climate change. But no.

CURWOOD: Well, that's interesting, because back in 2008, the League of Conservation Voters sponsored a debate on environment and climate that actually I moderated. And we talked plenty about climate then.

DYKSTRA: Oh, yeah. The Democratic National Committee Chairman Tom Perez - we tried to contact the DNC, I haven't heard back from them - but in separate statements, Perez said that if he made a separate debate about climate change, he'd have to do that for all the separate issues too. And for candidates like Jay Inslee, who qualifies for the debates, he's been told that he would be blacklisted if he or any of the other candidates participated in any non-DNC debates, like the one that you moderated back in 2008.

CURWOOD: Peter, by the way, when was the last time that climate came into the presidential debates anyway?

DYKSTRA: The only time in a presidential debate between the Republican nominee and the Democratic nominee, were asked a question on climate change was 11 years ago. In 2008, Bob Schieffer of CBS was the moderator. He asked Senator Barack Obama and Senator John McCain about climate change, and they mostly danced around the issue in their answers. 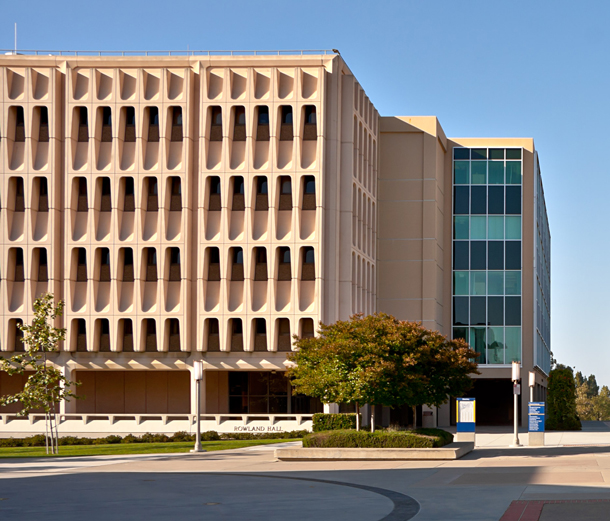 Rowland Hall at the University of California, Irvine was named after Sherwood Rowland, who won the Nobel Prize in 1995 for his work with Mario Molina in linking chlorofluorocarbons to the destruction of the ozone layer. (Photo: David Eppstein, Wikimedia Commons, CC BY-SA 3.0)

DYKSTRA: We'll go back 45 years to June 1974. Two professors at the University of California Irvine, Sherwood Rowland and Mario Molina, authored a paper linking chlorofluorocarbons to ozone layer destruction. They shouldered years of flack from industry, particularly DuPont, from the big CFC makers, but their work was vindicated. We came to not only find out that we had a huge problem with the ozone layer, but we took steps in a bipartisan way, in a global way, to begin to solve the problem. Sherwood Roland, Mario Molina, and a Dutch scientist named Paul Crutzen ended up winning the 1995 Nobel Prize in Chemistry for their work.

CURWOOD: Indeed, truth in science is the long-term truth, isn't it, Peter?

CURWOOD: And there's more on these stories on the Living on Earth website, loe.org.

The Nobel Prize in Chemistry 1995