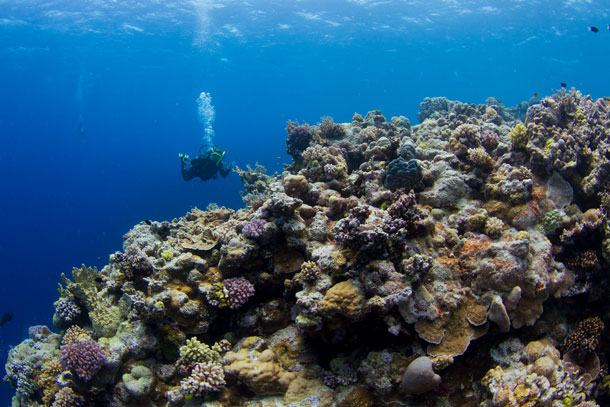 In this week's trip beyond the headlines, Peter Dykstra joins Host Steve Curwood to take a look at the declining health of Australia’s Great Barrier Reef. Then, the two discuss how the United States became the world’s number one oil producer over the past year. Finally, with a look back into the history vaults, Peter tells the story of a bull shark found hundreds of miles from the ocean in the Mississippi River back in 1937.

CURWOOD: It's time now to take a look beyond the headlines with Peter Dykstra. Peter is an editor with environmental health news. That's EHN, Oregon daily climate.org. On the line now from Atlanta. Hi there, Peter, what's going on? What do you have for us today?

DYKSTRA: Hi, Steve, we're going to take a look at Australia and the Great Barrier Reef, that natural icon. It's also a hugely important economic factor for tourism and Australia. The Australian Government, already concerned about what they call the poor status of the Great Barrier Reef have downgraded it to very poor. There are pollution and other factors that are degrading this thousand-mile-long reef, but the main one is simply climate change.

CURWOOD: So, if it's been downgraded to very poor, what comes after that, because I mean, the oceans getting warmer.

DYKSTRA: Yeah, I don't know what comes after that is maybe the death of the reef, extinction of the reef. Around the world coral reefs have taken a nosedive just in the past few years. Coral bleaching pollution from settlement hits by ship traffic, even sunscreen, the chemicals and sunscreen have been found to be very harmful. But the main culprit is warmer water because reefs have a very limited range of temperatures in which they can thrive and survive. 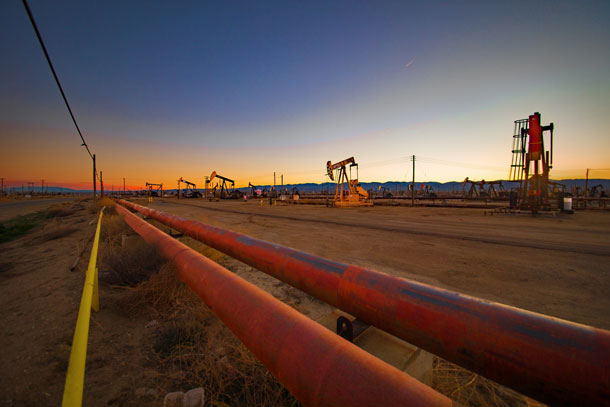 The United States has been the number one in oil production worldwide since 2018. (Photo: Flickr, Rennett Stowe CC BY-SA 2.0)

CURWOOD: I believe at one point, the Australian government wanted to cut a ship channel right through the Great Barrier Reef.

DYKSTRA: They did. And the irony for all that is that they wanted to make a shortcut through the reef in order to ship coal to places like India and China, thereby destroying a part of the reef even quicker in order to get coal out. That would help warm the oceans that would kill the reef potentially off forever.

CURWOOD: That's incredible, isn't it? Hey, what else do you have for us today?

DYKSTRA: Hey, the USA is number one. In the past year, this country has taken the lead in oil production. The US is now the number one oil producer thanks mostly to fracking. And the US being number one changes two things. It changes probably not for the better how this country deals with foreign policy. And it also changes, of course, the climate,

CURWOOD: The Saudis are still pretty big producers, as is Russia. So, it seemed that those are competitors for the US. And yet, I suppose maybe they're also companeros that they would like to see the continued use of fossil fuels?

DYKSTRA: Competitors and business but companeros in delaying climate action. The Russians played a big role in, that the Saudis certainly have. And now with the current administration in Washington, the US is now the world's leader in climate denial.

CURWOOD: That's not such great news. Peter. Maybe you have some better news for us on the history vault. 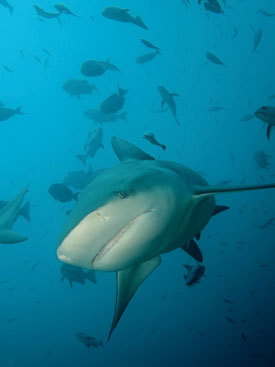 Despite most sharks residing in saltwater, bull sharks can travel in brackish and even freshwater for limited amounts of time. (Photo: Flickr, Daniel Kwok CC BY-SA 2.0)

CURWOOD: As long as it's that kind of bull, yeah.

DYKSTRA: Well, saltwater creatures, but they've also been known to show up far upstream and places like 2000 miles up the Amazon River even farther north in the Mississippi. They've been found off Davenport, Iowa. Bull sharks can live a long time and freshwater they've even shown up in the Potomac.

CURWOOD: That's near Washington, DC.I thought you weren't going to talk about that kind of bull.

CURWOOD: [LAUGHS] Okay, thanks, Peter. Peter Dykstra is an editor with environmental health news and ehn.org and dailyclimate.org. We'll talk to you again real soon!

CURWOOD: And there's more on these stories at our website loe dot org.

In Fisherman | “Sharks in Illinois”