Beyond the Headlines: The Year in Review 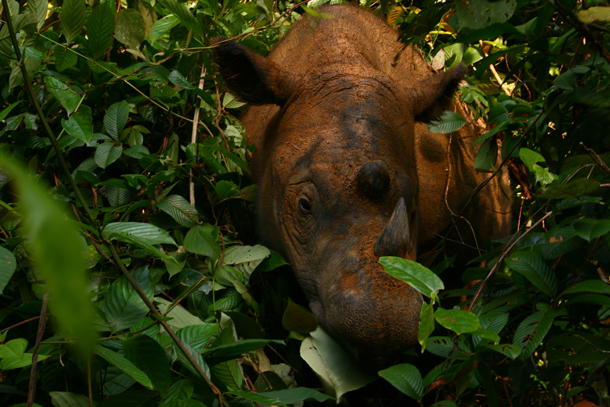 Rosa the Sumatran Rhino from Way Kambas National Park in Sumatra, Indonesia. Sumatran Rhinos and Vaquita porpoises are some of the many species at the edge of extinction. (Photo: Willem v Strien,Flickr, CC BY 2.0)

Peter Dykstra joins Host Steve Curwood to discuss some of the big environmental trends from the past year, from species loss and ocean health to more uplifting news concerning wind power adoption. The pair also take a look forward to a new decade and discuss what responses we might see to climate change from global governments. Finally, they conclude with a discussion of the 65th anniversary of US President Dwight D. Eisenhower’s announcement of the interstate highway system project, and consider how a new Trump administration change to the National Environmental Policy Act might affect future infrastructure construction.

CURWOOD: Well, it's time in the program that we usually take a look beyond the headlines with Peter Dykstra, he's an editor with Environmental Health News, that's ehn.org and dailyclimate.org, but today, we're going to look back at 2019. And ahead at 2020 with you, Peter, you're there on the line in Atlanta?

CURWOOD: Well, thank you. So where do you want to start? 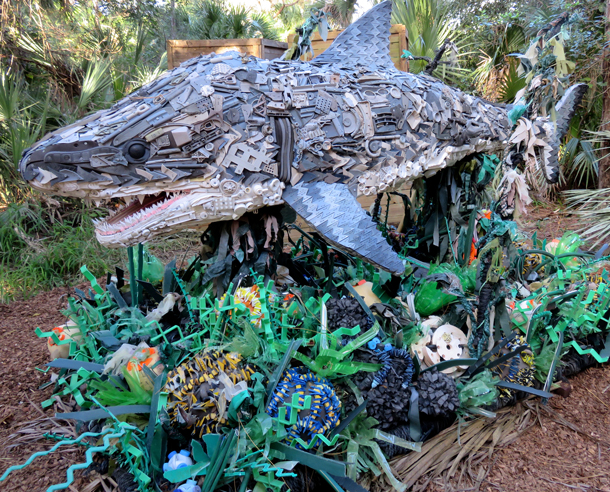 DYKSTRA: A decade ago, we were talking about a big concern in the oceans being that we're about to fish them dry. That's still a big concern, but it's probably well down the list of major concerns for our oceans. The past decade, we've learned a lot about ocean acidification, and the threat that it poses to shellfish particularly but to all marine life. And even in the past year in 2019 there was a huge jump in awareness about plastic pollution, not just in the oceans, but in rivers, streams and the Great Lakes. The huge amount of plastic that we consume, we throw away that ends up in our waterways and is going to be, it already is, a major, major threat.

CURWOOD: What do you have for us in the way of good news or good prognostication for us?

DYKSTRA: Actually, there's quite a bit of good news out there. We don't want to give it the short shrift. The main headline and good news is that clean energy after decades of promise, seems to have finally arrived. You've got a place like Denmark that in 2019, achieved 47% of its electric power, from wind power. Wind and solar are picking up everywhere, including in the United States, where it's becoming cost competitive, and is beginning to take over a market share that had been dominated by oil and natural gas and coal and nuclear.

CURWOOD: Now, the species situation, what's been going on and what do you see going on going forward?

DYKSTRA: Species not good news, both in the plant and animal world obscure species and what we call the charismatic megafauna. The big, cute, adorable ones. Were about to lose a few of them. Lemurs in Madagascar, Rhinos, Vaquita Porpoises in the Gulf of California, this species is down to about 30. There's been concern for years, they're bycatch in fisherman's nets. And these species are disappearing in full view, with full consciousness of all of us. And it's a tragedy.

CURWOOD: It's kind of strange to know that we could be looking at the last members of these species to exist. I think the term for them is endlings, and it feels like we're losing members of our family. 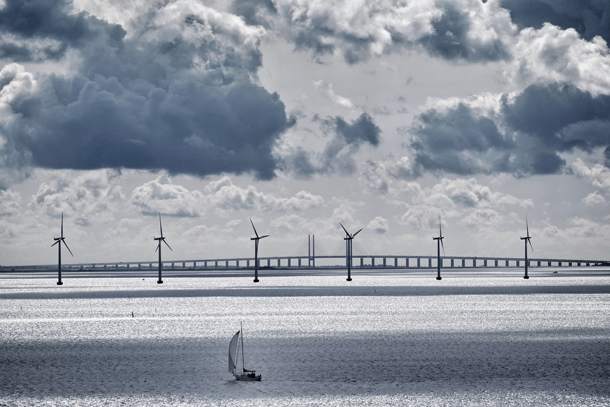 DYKSTRA: It's not a pleasant prospect, but we can also look at other species that have recovered: animals that have come off the endangered list, animals that were very worried about that there's some good news. There are already three Northern Right Whale calves that have been spotted in the Atlantic off the east coast of the US after a couple of years of real worry about that species surviving.

CURWOOD: So, in terms of the climate, I keep hearing the 2019 is the year that we woke up to the climate crisis, getting ready for the big climate meeting in the UK 2020 to all the nations of the planet are supposed to come together with a comprehensive plan to limit the warming. What do you hear? What do you see?

DYKSTRA: Well tell that to the heads of state in the UK, in Australia, in Brazil, where climate deniers have taken office in the last few years. And of course, the White House, the US leadership of the US Senate, the leadership of some of the key cabinet agencies. Climate denial may be dead in the scientific community, but it is alive and well, not just in American politics, but in other key countries as well. Will we make progress? I think we have to make progress. The question in my mind is that awareness and political action on environmental issues often come at the price of disaster. And if it's something like the Australian wildfires, or Superstorm Sandy a few years ago, that spurs a change in environmental politics, then it's going to be a costly change indeed.

CURWOOD: Let's talk about 2020, which is the year of, let's call it a closely watched election here in the United States.

DYKSTRA: Closely watched indeed and there can't be more of a stark difference in environmental policy between Donald Trump and any of the multitude of Democratic candidates out there vying for the nomination. It's a vital choice that awaits us all. But even if politics and the impeachment are dominating news headlines, that gives some cover to the anti-regulatory purge that's still underway with the Trump administration. We're seeing key laws, like the National Environmental Policy Act, that's the law that requires environmental impact statements for big construction projects. After 50 years, NEPA is now under threat. 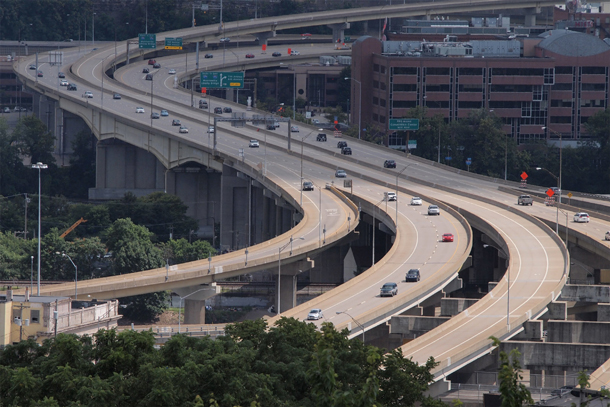 January 7th is the 65th anniversary of President Eisenhower’s announcement of the interstate highway system (Photo by L____ on Flickr, CC BY 2.0)

CURWOOD: And I understand you have a history item related to that for us today?

DYKSTRA: On highways. This month is the 65th anniversary of President Dwight D. Eisenhower proposing the creation of the interstate highway system. He did so on January 7 1955. And that system, of course, began a year later. And now it's how we move goods around the country, how we transport ourselves, how we roll up literally billions of miles on the road each year. And of course, looking back at it, there were two purposes for that not only for commerce and transportation, but in the era of the Cold War those highways were built for defense purposes. In case of invasion, they wanted to have a highway system to move military gear around.

CURWOOD: They didn't anticipate that they would become parking lots though. Which is where I see many of the interstates these days, it feels like.

DYKSTRA: In big cities, that's certainly the case. And, we still have that other big challenge of looking at how we transport ourselves. We're addicted to fossil fuels, when will the day come when that begins to change?

CURWOOD: And there's more on these stories on the living on earth website. That's LOE.org.


Read more about the faces of extinction in 2019