BirdNote®: Encounter with a Cassowary 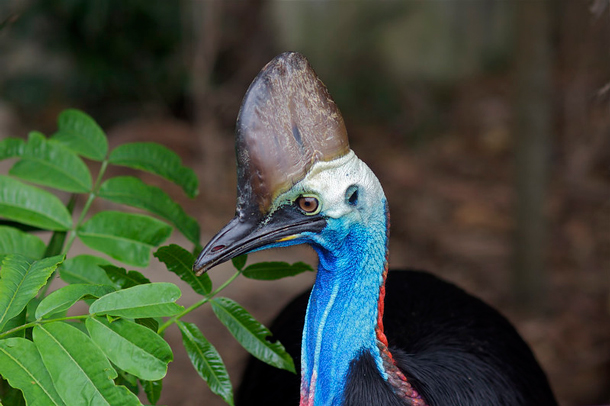 The Southern Cassowary is easily identified by its blue head, grey casque, and red wattle at the back of its neck. (Photo: CC Kirsty Komuso)

BIRDNOTE®: ENCOUNTER WITH A CASSOWARY: BirdNote's Mary McCann describes an interaction with a Southern Cassowary, a huge, flightless, and almost-prehistoric looking bird. Found in the forests of Northern Australia, it has the lowest-pitched birdcall in the world.

CURWOOD: According to a University of Sydney ecologist, the raging wildfires in Australia have claimed as many as a billion animals in the dry bushlands in the southeast of the country. The more tropical northern part of the continent has been spared for now and as BirdNote®’s Mary McCann reports that’s where we find one of the largest, most unusual, birds in the world.

MCCANN: That coughing sound is the call of a Southern Cassowary. It’s a huge, flightless, prehistoric-looking bird, found in the tropical forests of Northeastern Australia, New Guinea and Indonesia.

This bird would look right at home in Jurassic Park. It weighs about 150 pounds and stands nearly six feet tall with a striking bony crest. Its head and long neck are a deep blue... bare and featherless. It looks a lot like an Ostrich, but it’s covered in coarse, black feathers that almost look like fur. Two bright red wattles, like those of a Wild Turkey, dangle from its throat. 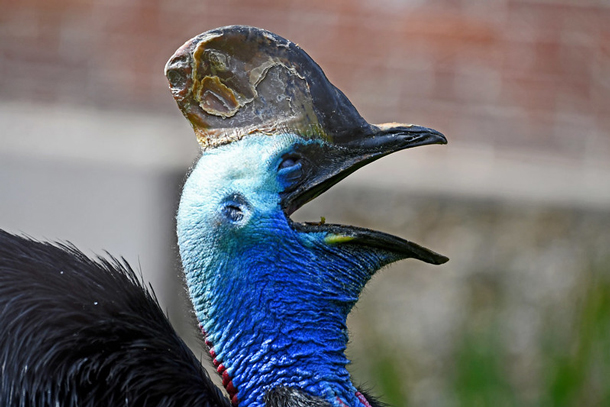 The Southern Cassowary is found in the northern forests of Australia. (Photo: CC Brian Henderson)

Cassowaries eat mostly fruit, but they’ll take just about any food that presents itself… plants, frogs, insects and the like. Females are bigger than males, sometimes a lot bigger. Unlike many other birds, males alone incubate the eggs and care for the young up to nine months.

And cassowaries are capable of making remarkable sounds:

[“Roar” of the Dwarf Cassowary]

But how about this call?

It’s the lowest-pitched bird call in the world, and it’s barely audible to the human ear.

CURWOOD: For photos, strut on over to the Living on Earth website, LOE dot org.

Learn more about the Southern Cassowary from Birdlife Australia