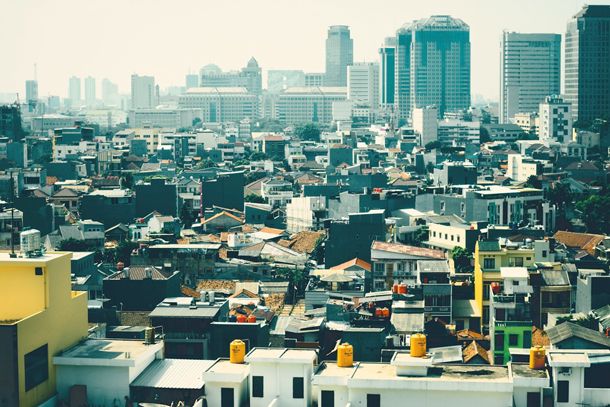 Jakarta is home to 10 million people and is particularly vulnerable to the effects of climate change. (Photo: Iqbalnuril, Pixabay)

In this week’s Beyond the Headlines, even as Australia is plagued by wildfires, torrential rains have caused flooding that have left dozens dead in Indonesia’s capital, Jakarta. Host Bobby Bascomb and Peter Dykstra also examine the threats to underwater ecosystems posed by deep sea mining of everything from diamonds to metals. And in the history calendar, fifty years ago this week, President Richard Nixon protected the integrity of the Florida Everglades by blocking a proposal to build a jetport in the park.

BASCOMB: It's time for a look now beyond the headlines with Peter Dykstra. Peter's an editor with Environmental Health News, that's ehn.org, and dailyclimate.org. Hey there, Peter, what do you have for us this week?

DYKSTRA: Hi, Bobby, we're going to start off on a less than happy note. We've all heard about the disastrous fires in Australia and the pretty clear links to climate change. But a few thousand miles away from Australia is a climate driven phenomenon that may be just as bad and it's a of a very different nature.

BASCOMB: What are we thinking of here?

DYKSTRA: Torrential rains in Indonesia. Some areas received over a foot of rain. In the capital, Jakarta, floodwaters have absolutely submerged this metro area of well over 10 million people. And of course, Jakarta has been a focus for climate change for a couple reasons. The seas are rising at the same time that the land that the city is built on is subsided.

BASCOMB: Right. I know they're talking about actually moving the capital from Jakarta to the island of Borneo, which would bring with it a whole lot of other challenges. I mean, it's a very ecologically diverse island, Borneo, but it seems like the people are really in a tough spot there.

DYKSTRA: Yeah, throughout Indonesia they're in a tough spot. Deforestation is another serious challenge and a serious problem that's building in its impact.

BASCOMB: Well, what else you have for us this week?

DYKSTRA: There's an era of deep-sea mining on the horizon. It promises fabulous wealth. It promises some legitimate scientific advances, like we don't know what kind of biologics and potential medicines we find there. But it also promises a level of destruction of the sea floor that's the ocean-based equivalent of how we're destroying the Amazon today. 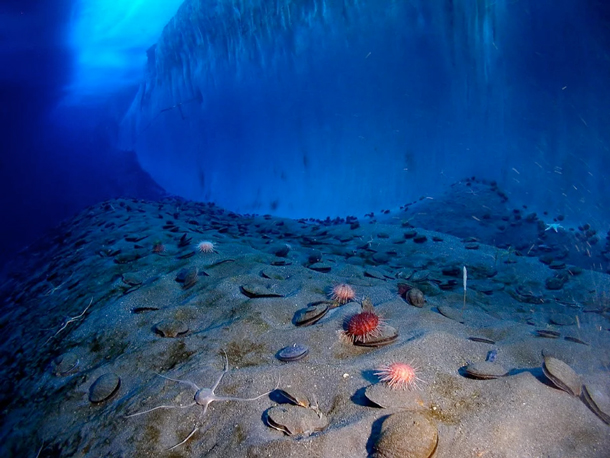 The deep sea contains a variety of valuable metals and gemstones, including diamonds. (Photo: Skeeze, Pixabay)

BASCOMB: Oh, man, well, what could that potentially mean in terms of the ecology there if we start drilling and mining?

DYKSTRA: Well, here are a few things that are already underway. There are big mining companies like Rio Tinto, diamond companies like DeBeers that are already scraping the ocean floor to get literally diamonds. DeBeers has found a sizable, marketable quantity of diamonds on the ocean floor. Other companies like Rio Tinto are looking for other valuable metals, strategic metals. And the agreement, the global agreement that would help prevent environmental abuse has never fully taken effect. That's the Law of the Sea Treaty. One country that has never opted into the treaty, ratified and signed it is the United States.

DYKSTRA: A 50th anniversary of that old tree hugger is at it again. President Richard Nixon on January 16, 1970, formally killed a proposal that would have built a massive jetport in the middle of the Florida Everglades. 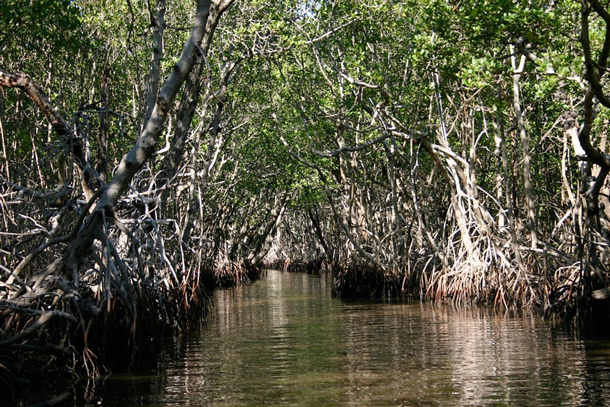 The proposed jetport in the Everglades would have interfered with waterflow into the park and compromised water quality. (Photo: Sjones68, Pixabay)

BASCOMB: A jetport in the Everglades that seems like an inherently bad idea. I mean, it's a very unstable area, you know, to be building on.

DYKSTRA: Yeah, what could possibly go wrong? 36 miles from downtown Miami, it would also serve Fort Myers and Naples in the west coast of Florida peninsula. It's a project that had great commercial potential but it's a project that also would be a major step toward the ruin of the unique quality of the Everglades.

BASCOMB: And how far along did they get with it?

DYKSTRA: There is actually a runway that's built. It's in the middle of the Everglades. If you go onto Google Earth, and head west from Miami about 36 miles, you can see a completed runway in the middle of an otherwise pristine swamp, a swamp that thanks to Richard Nixon, we didn't drain.

BASCOMB: All right. Well, thanks, Peter. Peter Dykstra is an editor with Environmental Health News, that's ehn.org and dailyclimate.org. We'll talk to you again real soon.

BASCOMB: And there's more on these stories on our website, loe.org.