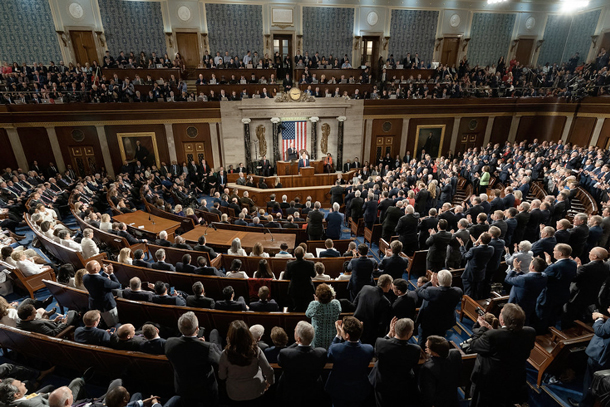 Environmental Health News editor Peter Dykstra and Host Bobby Bascomb discuss the one brief nod to the environment in President Trump’s State of the Union speech. Also, a locust plague of biblical proportions is threatening livelihoods and food security for millions in the Horn of Africa. Finally, in anticipation of Valentine’s Day, Peter Dykstra celebrates another, less saccharine February 14 milestone: the founding of the Society of Environmental Journalists.

BASCOMB: It's time for a trip now beyond the headlines with Peter Dykstra. Peter is an editor with Environmental Health News. That's ehn.org and dailyclimate.org. Hey there, Peter, did you happen to catch the State of the Union this week?

DYKSTRA: I did, Bobby. I never miss it because I want to hear the six or seven words spoken about the environment, and Donald Trump didn't disappoint.

BASCOMB: What did he have to say?

DYKSTRA: Well his only line that was strictly about the environment came midway through the speech. Before that he did brag on energy independence, mentioning only oil and gas, and not that energy independence might possibly include the rapid growth of wind and solar. Then about halfway in, Donald Trump very briefly decided he would speak for the trees.

PRESIDENT TRUMP: To protect the environment, days ago I announced that the United States will join the 1 Trillion Trees Initiative, an ambitious effort to bring together government and private sector to plant new trees in America, and all around the world.

BASCOMB: Um, a trillion trees. Wow, that sounds ambitious. But how realistic is that goal?

DYKSTRA: Oh, it's it's not. It would certainly help to plant 2 trillion trees. It's not only not realistic, though, if you do the math, but it would be a danger in the sense that it would make us think we're solving the climate problem when it's only a partial solution at best. In order to cancel out US carbon emissions, you would have to cover land twice the size of Texas with trees in order to do this.

BASCOMB: Okay, well, that's going to be a tall order, to say the least. Hey, by the way, who was the Designated Survivor this time around?

DYKSTRA: This time, it was Interior Secretary and former oil lobbyist, David Bernhardt. You can draw some possible conclusions about the fact that if there's so little about the environment in the speech, the Secretary of Interior can stay home, get a bowl of popcorn and watch on TV. The Designated Survivor, of course, is the one cabinet member that's left behind that doesn't attend the speech in case there's some kind of disaster. That person would become president in the line of succession, meaning we would have a guy who was an oil lobbyist a year and a half ago become president of the United States. It's actually the sixth time an Interior Secretary has been the Designated Survivor. That's tied for first place along with the Secretary of Agriculture.

BASCOMB: All right, Peter. Well, what else do you have for us this week? 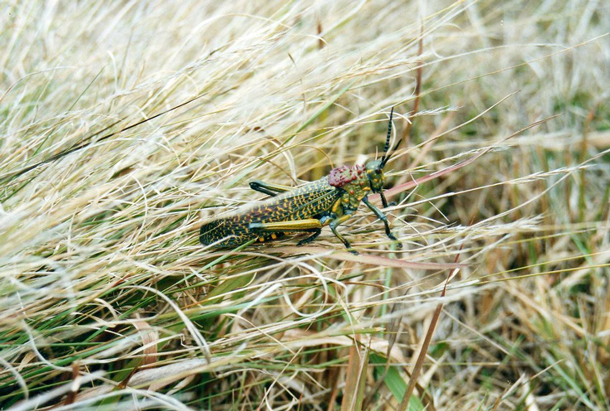 DYKSTRA: We're gonna go straight to the book of Exodus, specifically, the plagues that God directed Moses to visit upon the Pharaoh of Egypt. And number eight, was the plague of locusts. Right now there is a plague of locusts afflicting the Horn of Africa. It's something that was called quote, "an unprecedented threat to food security and livelihoods throughout the region."

BASCOMB: Man, and I'm sure that's in an area that could hardly stand to have another challenge thrown at them much less a plague of locusts.

DYKSTRA: No they don't really need any biblical metaphors like that.

BASCOMB: No, indeed. Well, what do you have from the history vaults this week?

DYKSTRA: Oh, shout out to some good friends of ours. The Society of Environmental Journalists has its 30th birthday on Valentine's Day, back in February 14, 1990. They were inspired by a diss from the famous ABC news reporter Sam Donaldson, who talked disparagingly about, quote, "the ecology beat." Some reporters got together, including Pulitzer Prize winners, founded the Society of Environmental Journalists. Now 30 years later, into the, we're going into the third decade of the 21st century. SEJ has 1300 members, and it is a wonderful resource for people who write and report on environmental journalism. And Bobby, can you name any other entity, a nonprofit dedicated to environmental journalism that's been around for anywhere close to 30 years? 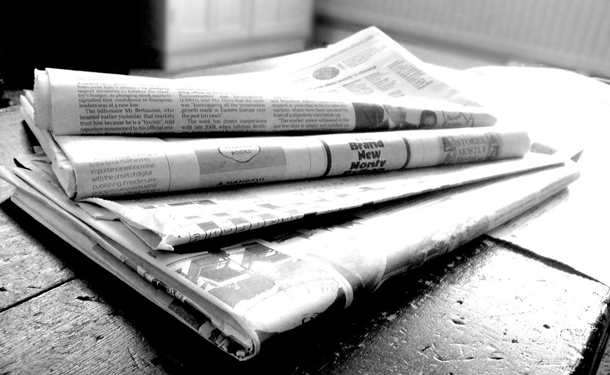 BASCOMB: Well, I think I know where you're going with this. I can, in fact, Living on Earth has been around for nearly 30 years now.

DYKSTRA: It's been around forever. Both Steve and I are near charter members of SEJ. And Steve, of course, is the charter member of LOE.

BASCOMB: All right, Peter, well, thanks for reminding us of those great milestones. Peter Dykstra is an editor with Environmental Health News. That's ehn.org and dailyclimate.org. Thanks again, Peter. We'll talk to you real soon.

BASCOMB: And there's more any stories on our website loe.org.

Read more about the locust plague

More on the Society for Environmental Journalists’ work and history