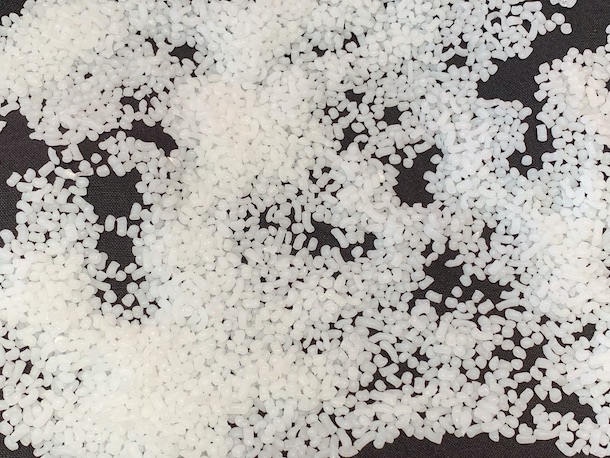 In this week's Beyond the Headlines, Environmental Health News editor Peter Dykstra joins Host Steve Curwood to discuss the growing plastic industry in fracking country and the indigenous blockade of a major pipeline project in Canada. And from the history books, back in 1998 President Clinton signed a bill declaring Lake Champlain a Great Lake, for a moment anyway.

Time for us to take a look beyond the headlines with Peter Dykstra from his perch down there in Atlanta, Georgia. Peter is an editor with environmental health news that's ehn. org a dailyclimate.org. What you're looking at this week, Peter?

DYKSTRA: Hi, Steve, you know, all the concern that we've heard just absolutely erupting over the past year on plastic pollution in the oceans and our streams and our landfills everywhere. There's another side to that, but it's not going to help very much.

CURWOOD: And that will be?

DYKSTRA: Cheap, fracked oil and gas is prompting a major build-out of plastics facilities in coal country where jobs are hard to find. And above Pittsburgh, there's a new plastics factory proposed for the Rust Belt area by Shell that will make literally billions of plastic pellets each year.

CURWOOD: Well, what kind of pushback is there against this?

DYKSTRA: Well, there's a bill in Congress. It's sponsored by many of the most prominent advocates of the Green New Deal, including Congresswoman Alexandria Ocasio-Cortez. It calls for a three-year moratorium on new plastics plants, in Appalachia and elsewhere perhaps in Louisiana. That is a point of the Green New Deal, but it's unlikely to ever pass.

CURWOOD: And this isn't just the only controversy around fossil fuels in the news this week. Right? 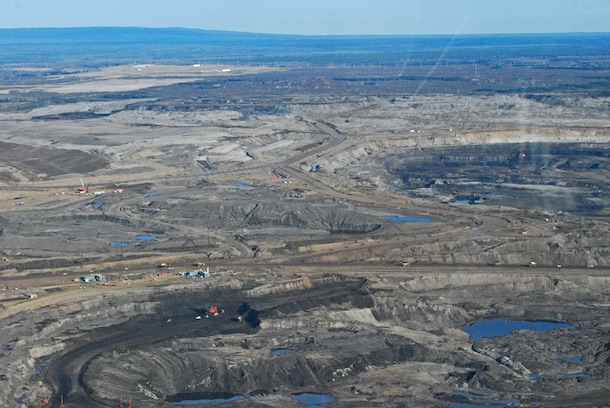 Picture of an oil sand mine in Canada. The company Teck withdrew their application to the Canadian government to build the $15.6 billion oil sand mine Frontier project. (Photo: NWFblogs, Flickr, CC BY-NC-ND 2.0)

DYKSTRA: No it isn't and advocates for action on climate change might take a little bit more heart in this one. There's been an ongoing blockade of railways in Canada, in protest of the Canadian pipeline, proposed to run through First Nations territory, a Mohawk reservation in Ontario. The blockades have literally put a lot of Canadian rail traffic passenger trains and freight trains out of business for the time being. And it has the industry so spooked that a company called Teck has announced that they're dropping a fifteen-billion dollar tar sands mining project in Alberta. That pipeline would take fossil fuels, in this case, gas and move it from Western Canada to the big cities in Eastern Canada.

CURWOOD: Even as we record this, Peter, the price of oil seems to be down in response to the coronavirus outbreak. I think things are changing.

DYKSTRA: Things are changing, and we have no idea where we're going. But that one little thing is something that climate change advocates can take heart in.

CURWOOD: Alright now is the moment that we look back in history. Pull down that book from the shelf Peter and open it and tell me what you see.

DYKSTRA: Well, we'll blow the dust off the history book. You know, we haven't used it since last week. And we'll turn to March 7, 1998, when President Bill Clinton signed the bill making Lake Champlain, the sixth Great Lake. 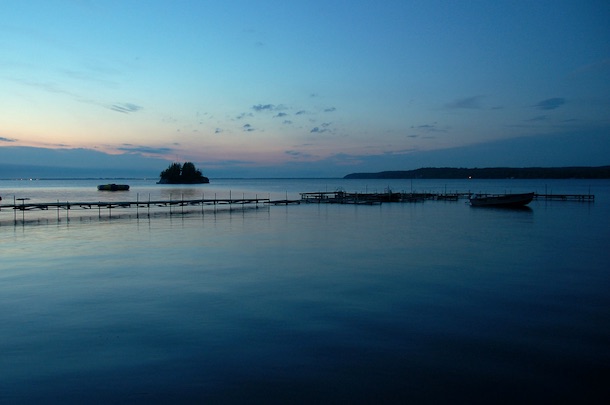 Lake Champlain mostly lies between the states of Vermont and New York, with its northernmost tips in the Canadian province of Quebec. (Photo: Scott Ableman, Flickr, CC BY-NC-ND 2.0)

CURWOOD: Okay, and why?

DYKSTRA: Well, it's certainly not for its great size. Lake Champlain has about six cubic miles of water in it. The next closest of the five original Great Lakes. Lake Ontario has about just short of 400 cubic miles of water in it. What it was about was not branding. It was about money, because being designated a great lake would mean that Champlain gets access to a cut of about a quarter-billion dollars in Great Lakes science and research and anti-pollution funding.

CURWOOD: I imagine that the five real Great Lakes weren't too happy about this.

DYKSTRA: Oh, they were Mean Girls. About 18 days after President Clinton signed that bill they got a compromise worked out where Champlain would not be allowed to call itself a great lake, but it would still have access to a cut of that money.

CURWOOD: So I guess it's a pretty good lake, huh?

DYKSTRA: Maybe we'll have to have MCGA hats.

CURWOOD: And there's more on these stories at the Living on Earth website loe.org.