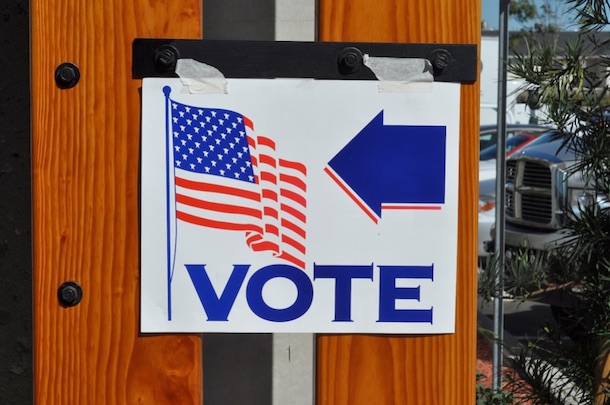 Swing voters are very influential, and candidates’ attitudes towards environmental issues are proving to be a crucial determining factor in their vote. (Image: Tom Arthur, Wikimedia Commons, CC BY-SA 2.0)

This week, Environmental Health News Editor Peter Dykstra and Host Steve Curwood discuss how the Trump administration has pressed the EPA to disregard what its scientists have discovered about the dangers of the carcinogen TCE. Also, swing voters have taken note as they face the presidential election, and are reported to be wary of such environmental rollbacks. And ten years ago this week, BP ignored a memo warning against the faulty cement that contributed to the explosion of the Deepwater Horizon well, just six weeks later.

CURWOOD: Well, it's that time of the program when we connect with Peter Dykstra on the line there in Atlanta. Peter's an editor with Environmental Health News that's ehn.org and dailyclimate.org. What do you have for us today, Peter? It's the political season, huh?

DYKSTRA: It's the political season, Steve, and we'll get into that in a little bit. But first, one microcosm of the political tendency of the Trump administration to roll back and negate its own science and to roll back environmental regulations. It comes from the website and radio program Reveal. Reveal is distributed by PRX just like Living on Earth is. And veteran environmental reporter named Elizabeth Shogran dove into documents proving that the Trump administration pressed EPA to ignore its own scientists in regulating Trichloroethylene, a known carcinogen, whose nickname is TCE.

CURWOOD: And so, the military, in particular, uses a lot of it to keep equipment going and on Air Force bases and such, and it winds up in the water. And in particular, I think it contaminated a lot of water at Camp Lejeune in North Carolina.

DYKSTRA: Camp Lejeune was the first major case of TCE contamination. It's been found in over 800 Superfund sites, in municipal water supplies, on other military bases. There are several determinations by EPA, by the Health and Human Services Department, by international agencies, that TCE is a known carcinogen. A recent study found that it's been linked to heart defects in fetuses.

CURWOOD: Difficult. Hey, what else do you have for us? Maybe something now from the political world?

DYKSTRA: Yeah, I apologize in advance for a little bit of punditry. If you don't watch political coverage on cable news, let me remind you why you don't, and here goes my very brief dive into punditry. Swing voters. That's the name that the bean counters give to voters who voted for the Democrats in 2012, then switched parties and voted for Trump in 2016 or voted the other way around. Recent focus groups conducted by two nonpartisan research groups say that those swing voters, the ones who are key to just about any election are very very wary and unsupportive of Trump's environmental rollbacks across the board.

DYKSTRA: TCE, climate denial would be another large area, endangered species protection, drilling for oil and gas on public lands, trying to revive the coal industry. You name it, it's an all service swamp.

CURWOOD: Yes. What do you see from the annals of history now when you take a look back?

DYKSTRA: We're going to look at the 10th anniversary going back to March 8, 2010. On that day a memo was sent by Halliburton, the oil services company, to BP warning that the cement mixture they used to seal wells in the Gulf of Mexico was, quote on quote, "unstable". And of course, six weeks later, the Deepwater Horizon well blew out, killing 11 workers and causing the biggest offshore spill in history.

CURWOOD: I guess that's a concrete example of paying attention to your memos. 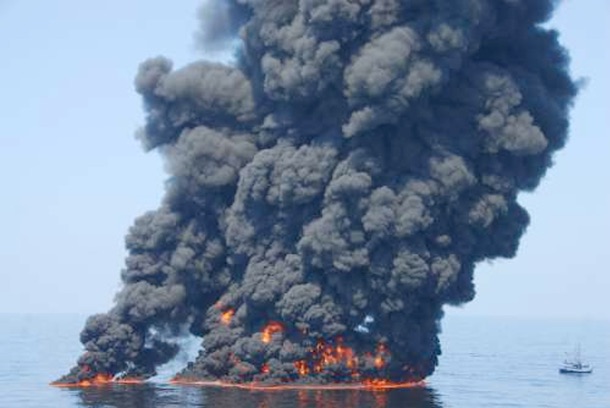 DYKSTRA: And that's a concrete example of a really bad pun, Steve, but we'll let you get away with it. Both BP and Halliburton later gave public assurances that the concrete wasn't the problem until that memo came out later in court documents.

CURWOOD: Peter Dykstra is an editor with Environmental Health News, that's ehn.org and dailyclimate.org. And sometimes a pundit.

DYKSTRA: Thanks a lot, Steve, talk to you soon.

CURWOOD: All right. Thanks, Peter. And there's more in these stories that the Living on Earth website, loe.org.

Concern for climate policy is spread across the political spectrum

The Guardian | “BP Was Warned About Cement at Gulf Disaster Well”