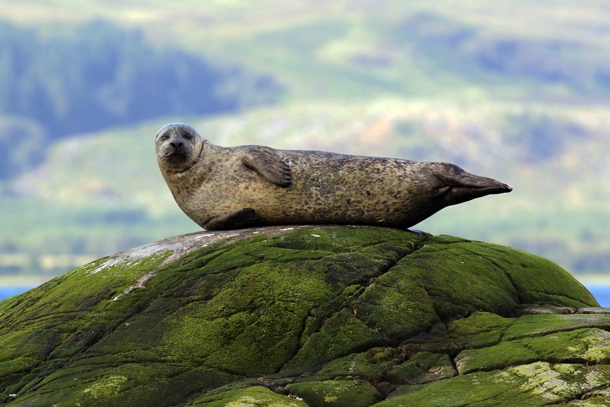 In this week’s beyond the headlines roundup, Environmental Health News Editor Peter Dykstra and Host Steve Curwood discuss the possibility of a model for the future of clean energy on the Orkney Islands off the coast of Scotland: using excess wind energy to split hydrogen from water molecules for use in fuel cells. Then the pair discuss the National Wildlife Federation’s endorsement of Democratic Presidential nominee candidate Joe Biden, as well as the 25th anniversary of the reintroduction of wolves into Yellowstone National Park.

It's time to take a look beyond the headlines now with Peter Dykstra. Peter's an editor with environmental health news thats ehn.org and dailyclimate.org. He's on the line now from Atlanta. Hi there, Peter. How you doing? What do you have for us today?

DYKSTRA: Well, I'll tell you what I don't have Steve. I'm not going to talk about the corona virus because I think we're all hearing enough. It's a very important story, but I'd rather give you a smaller story that's kind of good news.

CURWOOD: Oh, good. And I'm glad you don't have the corona virus. What's your good news? 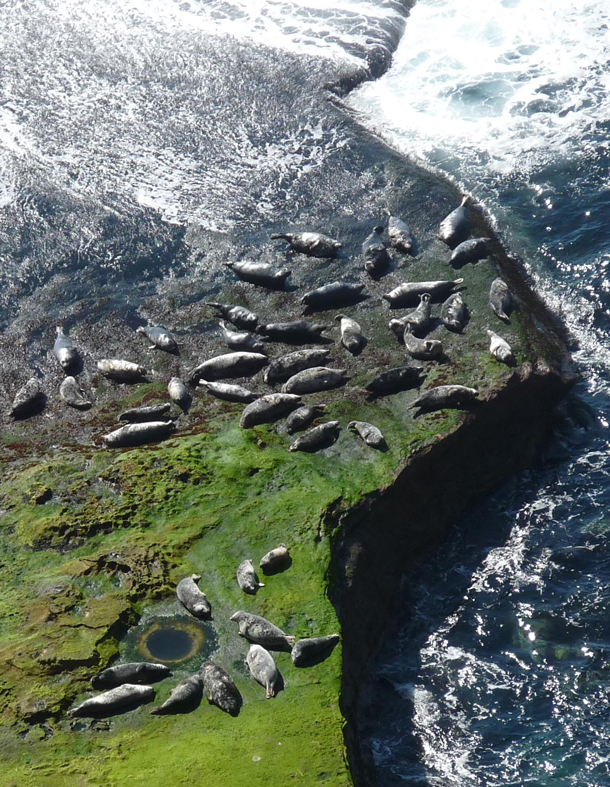 15% of the world’s grey seals breed on the Orkneys, but the islands are also a breeding ground for clean energy, and the excess wind power is now being used to split hydrogen off of water molecules for use in hydrogen fuel cells. (Photo: Claire Pegrum, Wikimedia Commons, CC BY-SA 2.0)

DYKSTRA: The Orkney Islands north of Scotland. 22,000 people up to 15% of the world's seal population during breeding season, and they produce more clean energy, specifically wind power than those 22,000 people and millions of seals can use. So they're taking the excess power which they can't ship to the mainland because they have an antiquated power grid and power cables that can handle the load. And so what they do with that excess power, is they use it to convert water into hydrogen and oxygen atoms, and they use the hydrogen to make fuel cells.

CURWOOD: And what are they using the fuel cells for?

DYKSTRA: One project that's underway is using hydrogen fuel cells to power a ship that carries supplies back and forth between the Orkneys and Scotland. The usual way that the hydrogen is supplied for fuel cells in large scale projects involves using fossil fuels. That's hardly a step ahead for clean energy.

CURWOOD: That's right. Hey, what else do you have for us today? 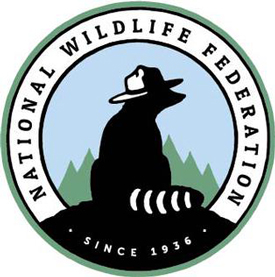 DYKSTRA: A little politics. Most large conservation groups if they've made an endorsement, have endorsed Bernie Sanders, thanks mostly to the Green New Deal. But Joe Biden grabbed the endorsement of the National Wildlife Federation, arguably the most politically moderate of the big conservation groups.

CURWOOD: And Joe Biden, I don't think is hostile to greens but he doesn't have exactly the greenest reputation does he?

BASCOMB: The League of Conservation Voters gave him a lifetime score of 83%. Now most democrats are pulling a little bit higher than that these days. Certainly that's the case with Bernie Sanders and the former candidate Elizabeth Warren. But the NWF is a group with a large hunting component. They're more politically diverse, more politically moderate than groups like the Sierra Club, for example.

CURWOOD: And of course, Joe Biden's legal Conservation Voters scored dates from well know what a couple of decades ago. 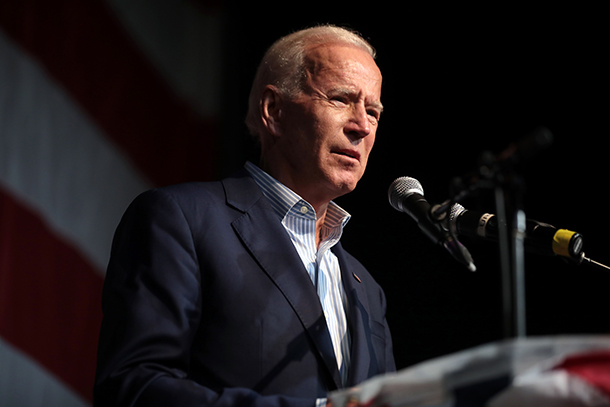 The League of Conservation voters has given Joe Biden a lifetime score of 83% for his voting record in the US Senate. (Photo: Gage Skidmore, Flickr, CC by SA 2.0)

CURWOOD: Hey, what do you have from the history vaults for us this week,

DYKSTRA: March 21, 1995, was one of the key dates in which gray wolves were released in Yellowstone National Park. The first release actually came a few months before that in January, but this year marks the twenty-fifth anniversary of what has so far turned out to be a very successful relocation of wolves into Yellowstone.

CURWOOD: So what are the numbers? 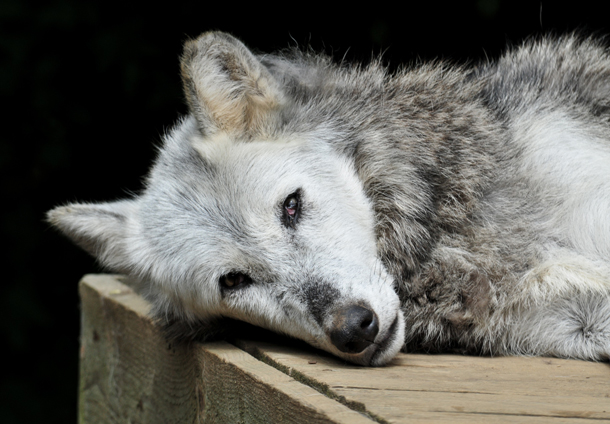 Yellowstone’s Grey Wolf population has expanded to around 95 wolves inside the park, and as many as five times more in the area outside the park, since their reintroduction 25 years ago. (Photo: Steve Harris, Flickr, (CC BY-NC 2.0)

DYKSTRA: Right now there are about 100 wolves in the park, but a much larger number than that maybe as many as 400 or 500 have gone outside the park boundaries, looking for their own territory. Of course, wolves are very territorial. And so the Greater Yellowstone wolf population is now easily the biggest wolf population in the lower 48 states.

CURWOOD: I imagine the ranchers still don't like them though, huh.

DYKSTRA: The ranchers don't, they say they're predators on livestock, particularly sheep, but it's been 25 years, the project seems to be a success on all sides, and the ranchers have not exactly gone out of business over it. 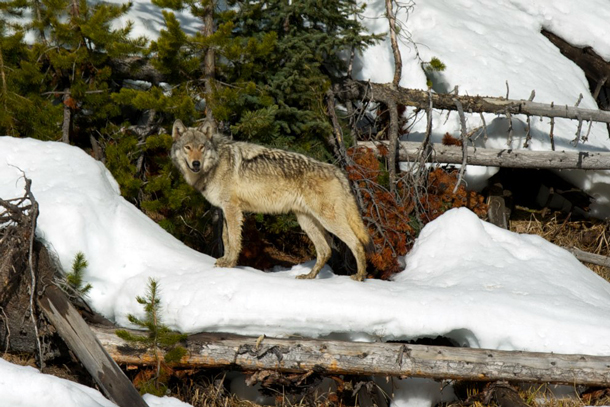 DYKSTRA: All right, Steve. Thanks a lot, talk to you soon.

CURWOOD: There's more on these stories at the Living on Earth website, loe.org.

Read about the history of wolf reintroduction into Yellowstone National Park, and some of the controversy surrounding the project