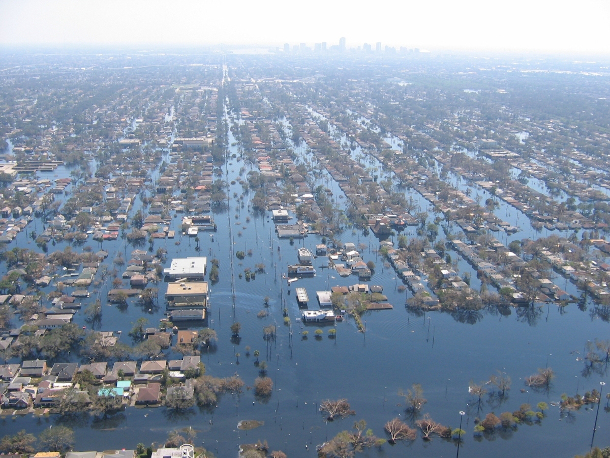 Environmental pollution and exposure to climate risks are closely linked with systemic racism. For example, Black communities are exposed to higher rates of pollution than non-Hispanic white communities, and tend to experience the worst of heat waves linked with climate disruption. Heather McTeer Toney, the National Field Director for Moms Clean Air Force, joins Host Steve Curwood to talk about these links and how the national environmental organizations have long sidelined Black organizers.

The murder of George Floyd at the hands of Minneapolis police officers on May 25th touched off massive protest demonstrations around the world against police brutality and systemic racism. Both white and black people including journalists have been assaulted by police in the US during peaceful demonstrations. This, ironically, has opened the eyes of more white people to systemic failures that include institutional racism and taken Black Lives Matter into the mainstream. So more people are also seeing that the unequal impacts of pollution, climate disruption and Covid 19 on black and brown people stem from systemic risks that affect the health and safety of all. I’m joined now by Heather McTeer Toney, a former EPA regional administrator and now the field director for Moms Clean Air Force. Welcome to Living on Earth!

MCTEER: Thanks so much, Steve. It's great to be here. Thanks for having me today.

CURWOOD: Heather talk to me about, in your view how climate change disproportionately impacts communities of color. 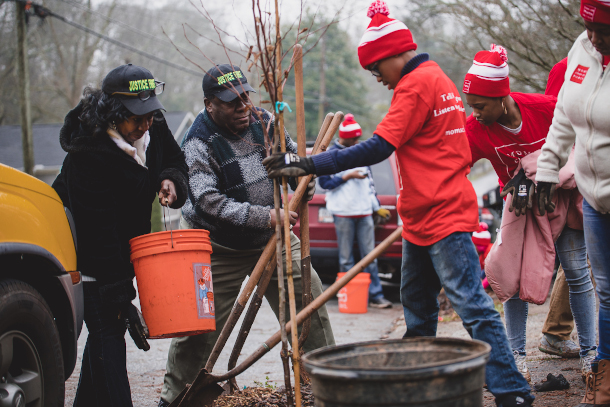 MCTEER: Climate change the way that it touches each and every human being is based upon where they live the demographics of their community what they do, and it doesn't touch all of us equally. And so right now today, you have one in nine African American children that are impacted by asthma and chronic disease is one of the easiest ways for us to identify impacts based upon things like air pollution, because we see it and can count it when we look at the number of people who are going into hospitals and who are missing days from school or missing days from work. And the NAACP did a report on environmental justice and they show that over a million African Americans right now live within one mile of oil and gas operations. When we add that together with things like the number of African American schools that are closely located in traffic zones, and the number of people who are working in these spaces, we can draw a clear line that shows that African American communities are more heavily impacted by environmental injustices. I was Regional Administrator for EPA in the Southeast, the Southeast covers eight states that space alone is over a quarter of the nation's population. About half of the nation's population of African Americans live in the Southeast. It also though, is very susceptible to storms and to floods and to sea level rise and so the number of African Americans and communities of color that live in these spaces, just by virtue of where they are, are impacted heavier. I think many of us can recall back to Hurricane Katrina and it was at the time the most devastating thing we had ever seen hit the United States. And because of technology, we were able to see the real life devastation, live on our television screens and on our Facebook messages and those images stuck with us. Let's now look at 2020 when we've not only seen a hurricane Katrina, but a hurricane Maria, we've seen a number of different hurricanes that have hit Florida that have hit Texas, Hurricane Harvey, and those impacts to communities of color are coming faster and stronger than ever before. So climate change is no longer something that is future. It is now it is existing, and we have to, I think really talk about how it encompasses absolutely every aspect of life, particularly for black and brown communities.

CURWOOD: So over the past 50 years, we've seen more and more heatwaves, average heatwave season across some 50 major cities in the US is now 47 pushing 50 days longer than it was in the 60s. And a lot of the people who are impacted by heat lays are those who live in urban communities, especially those in concrete brick buildings like public housing. To what extent does the heatwave phenomenon disproportionately affect people of color? 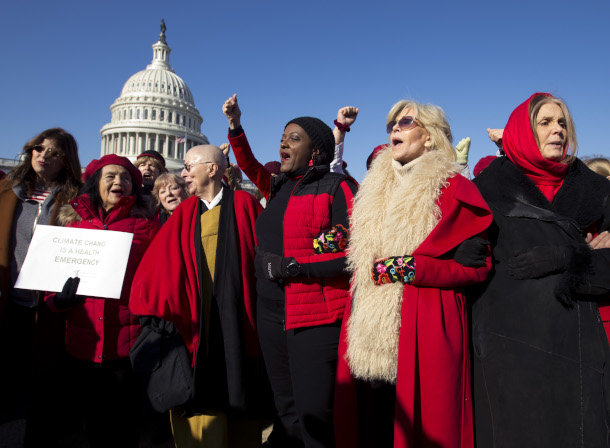 MCTEER: I think you just said it. You outlined housing units places that historically have been home for people of color in urban communities. In the South, you know where I am in Mississippi, learning how to live in the heat is a part of what we have done for years. You know, when it gets to be the summertime you find a cool space to be in whether it's inside and air conditioning, if you can afford it or it's outside with a cool breeze and a tree. But the difference is there is so much greenery and land that it creates wide open spaces and the flow of air is different. So me standing under a tree in a Mississippi summer with it being 89 degrees is a lot different than someone living in a housing project in Chicago surrounded by impervious surface like concrete where that heat is trapped. And as a result creates a space that turns 89 degrees into 99 degrees.

CURWOOD: How fair is it to say that the image of climate activism is mostly white, and other communities aren't so close to this conversation? A couple of questions here. To what extent is this related to systemic racism and and what should black communities care and do about the discussion around climate disruption? 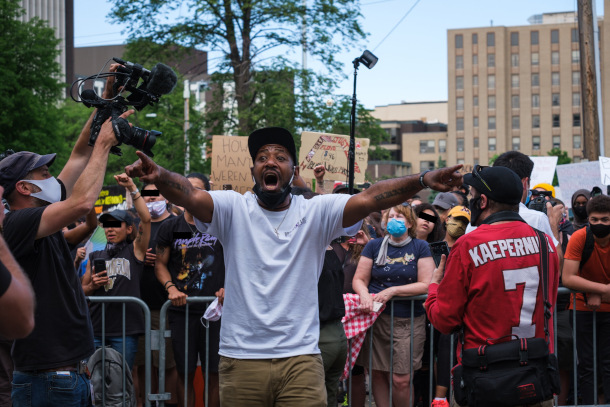 Picture of a protest in Minneapolis after the murder of George Floyd by a Minneapolis police officer. (Photo: Courtesy of Kori Suzuki)

MCTEER: The first thing we have to address is the definition of environmentalists. If you do a Google search, of what does an environmentalist look like, you come up with pictures of trees and white people hugging trees and Birkenstocks and vegans. And that unfortunately, is the image and the stereotypes that our country has placed on what an environmentalist is and what it looks like. And it doesn't reflect the image of me. It doesn't reflect the image of my children. It doesn't reflect images of community, it’s very singular. And that has been the fight that we've had to address mainstream environmental organizations having to grapple with the fact that there's been an ownership to environmentalism that has not been inclusive of all communities, despite the fact that communities of color have been engaged in environmentalism much longer than the mainstream environmental community really wants to address. So even you know, starting with our indigenous communities in this country, who are the original natural and environmentalist, but just recognizing that this connection to nature and this connection to protecting our planet looks different in different spaces. I've seen constantly white organizations try to go into black communities and teach them how to grow food. And you know, I have to push back and say, wait a minute, you know, our folks were brought from different countries. I mean, enslaved Africans came to this country. And we brought with us and had to teach white people how to grow food. So, you know, you're trying to teach me something that my folks taught you years ago, and having that very real conversation, to pull back the curtain of understanding the connection of certain cultures to the environment, and then from that space developing solutions, I think is where we are now. 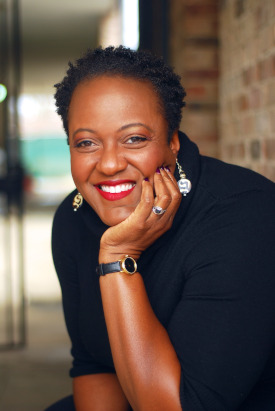 CURWOOD: Heather, I think a big part about the current racial justice movement is recognizing that the colonialist mentality is still alive and well amongst a large part of the population and having a conversation about how that disproportionately affects communities of color. But, but how do you think we should move forward to change the dire environmental conditions which black communities are exposed to right now?

MCTEER: So yes, that colonial mentality is existing, but it's also being revealed and changed and shifted in every single conversation that we have including ones like the one we're having today. I think people are listening now in a different way and recognizing again, that there's been a shift and there will continue to be a shift in the power structure of our country, as well as the impacts that people are making locally. You know, folks showing up and saying that we want to ensure we have a fair and equitable future is certainly not going unnoticed, but we have to keep showing up. Protesting about the racial injustice we're experiencing and turning that into political power puts people in office that want to see social justice change in both the environmental community, in the policing community, in the educational community, in the housing community, and understanding that all of these are linked together. It is more black and brown people sitting in office, whether it be an elected position, or in an appointed position. But being this person in the space to make and voice these changes as a collective unit. It's all about seeing people and meeting people where they are, and then turning that into activism and engagement for the benefit of all of us.

CURWOOD: Heather McTeer Tony is the former Mayor of Greenville, Mississippi and the Regional Administrator for the Environmental Protection Agency, and now the national field program leader for moms Clean Air Force. Heather, thanks so much for taking the time with us today.

MCTEER: Thanks so much for having me, Steve.

The Guardian | “‘They Choose Us Because We Are Rural Poor’: When Environmentalism and Climate Change Collide”