The Racial Gap of Pollution Responsibility 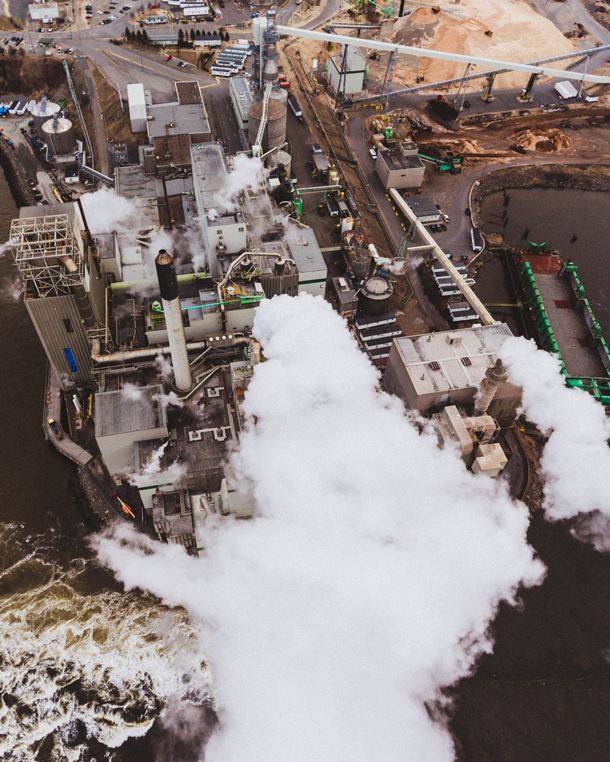 Fine particle air pollution is especially dangerous for human health, and a well-established body of research has found that minority groups are disproportionately exposed. A study published in the Proceedings of the National Academies of Sciences documents the racial gap between who’s most responsible for air pollution and who breathes it. Host Steve Curwood sits down with Dr. Christopher Tessum, lead author of the study.

CURWOOD: Dirty air is common in the US and studies show that African American and LatinX communities are disproportionately affected, especially by particulate pollution, which has been linked to high corona virus death rates among people of color. And a study published in the Proceedings of the National Academies of Science documents the racial gap between who’s responsible for air pollution and who breathes it. Here to tell us more is Christopher Tessum, a research scientist at the University of Washington, and he joins us from Seattle. Welcome to Living on Earth!

TESSUM: Hello. It's great to be here.

CURWOOD: So talk to me, what kind of air pollution are we talking about? And why is it dangerous to public health?

TESSUM: In our study, we looked at fine particulate matter, or PM2.5. These are particles that are basically so small that you can't even see them. When there's a lot of PM2.5 pollution in the air, it will show up as kind of a haze. But otherwise, you can't see it at all. These particles are so small, they go all the way down into your lungs and get stuck in the very bottom. And then they cause inflammation, which can lead to problems with your heart problems, with your lungs, and eventually it can contribute to death.

CURWOOD: How important is the risk of air pollution for environmental health?

TESSUM: Ambient exposure, to PM2.5, just fine particulate matter is the largest environmental cause of pollution. Ambient air pollution causes about 4% of total deaths United States, which is more than three times the number caused by motor vehicle crashes.

CURWOOD: Your research added some statistical certainty that racial and ethnic minorities are acutely vulnerable to air pollution because of where they live. There's also an interesting element that you put in here, which is to look at who's responsible for those pollutants that are inhaled disproportionately by blacks and Hispanics, what made you consider the exposure here for this, and the responsibility by blacks and Hispanics, and what was your measurement for that responsibility?

TESSUM: One way of thinking about it is that there's these two kind of problems or issues in society that, you know, people spend a lot of time thinking about, talking about. One is inequity in income. And then there's kind of inequity, racial ethnic inequity and exposure to environmental burdens. So what we're trying to do is trying to look for a way to look at these two problems together, because they're really related. When you have somebody operating an electricity generator, they're not just operating it for fun, you know, and they're not just sending the pollution out of it for fun, they're doing that to meet an economic demand for electricity. We try to connect, you know, who's demanding products and services with who’s emitting the pollution and who's exposed to that pollution. And so in order to do that, we came up with a metric called pollution inequity, which basically is kind of the percent difference in between the amount of pollution and the amount of exposure to pollution that people are causing, through their activities, their daily activities, their consumption of goods and services, as we call it. So the percent difference in between that, and the amount of pollution that those people are being exposed to.

CURWOOD: So what exactly were your results; give me some numbers here, compare the responsibility versus the burden for pollution among blacks, Hispanics, and then whites.

CURWOOD: So 17% less pollution than generated by their own consumption, you're saying? 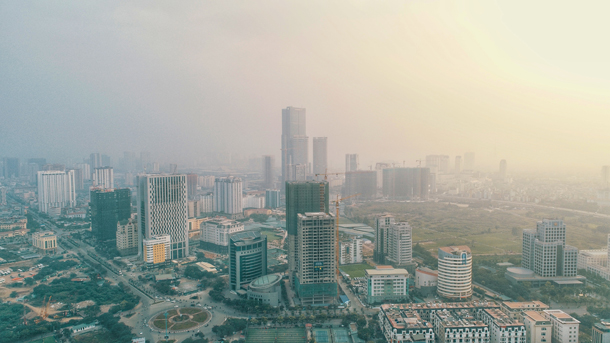 The “haze” that Dr. Tessum was referring to. (Photo: Unsplash, Anz Designs)

CURWOOD: Now, from your findings, what are the overall driving factors for the air pollution problems that create these particles? And how did you measure the pollution for the folks who are in your study?

TESSUM: One of the kind of tricky parts of all this is that there's not any kind of one or a couple of different things that are causing all this air pollution, it's really a lot of different things. So historically, things like coal power plants, and heavy duty trucks and light duty cars were kind of the, maybe the three dominating factors. But over time, there's been a lot of regulation in those sectors for the power plants and the cars and the trucks, so that now, you know, the pollution is less from those; hasn't necessarily been decreasing as much for some other sectors -- in agriculture, is a more important one over time; industrial sources, things like that.

CURWOOD: So many sources of air pollution have been decreasing along the years thanks to regulation, but the inequity of exposure seems to have remained the same. So why are blacks and Hispanics contributing less to pollution but still being affected more do you think?

TESSUM: What we saw in the study was that the amount of pollution per dollar spent was getting less over time. But the thing is that black and Hispanic people are still living in places that had higher pollution levels, and white people and other races are still spending more money on average. So the underlying factors that were contributing to the inequity are staying the same, it's just that kind of pollution intensity of the economic activity has decreased over time.

CURWOOD: So when you look at an urban area, what do you see in terms of this racial disparity in terms of exposure to pollution?

CURWOOD: So what's next for you for research?

TESSUM: Yeah, so there are a couple of things that we kind of ran into while we were doing this study that we would be interested in exploring a little bit more. One is looking at how this type of story plays out on a global scale, kind of looking at how maybe pollution in one country is induced by consumption in another country. And another thing that we're interested in is that this kind of pollution inequity metric that we've introduced here could really be used to study all kinds of different things, you know, things like inequities in water pollution, climate change, things like that.

CURWOOD: Christopher Tessum is a research scientist at the University of Washington and lead author of the study we've been discussing. Christopher, thanks so much for taking the time with us today.

TESSUM: Thank you. It was great to be here.