Race and the Nature Gap 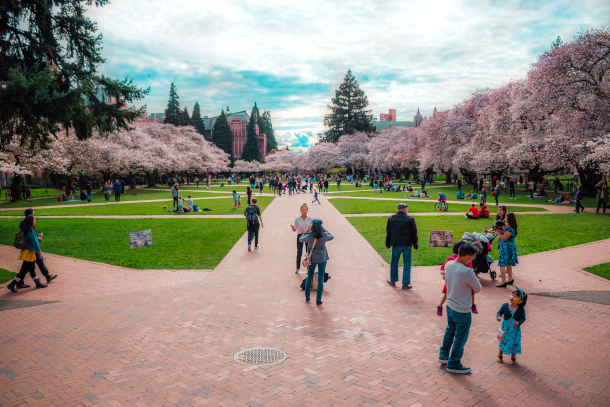 People enjoy the park space of the quad at the University of Washington in Seattle. (Photo: Shunya Koide on Unsplash)

Americans of color experience nature deprivation at three times the rate of white Americans, according to a new report from the Center for American Progress. Jenny Rowland-Shea is lead author of the report and talks with Host Steve Curwood about how systemic racism has limited access to nature for Black Americans in particular, and how conservation and sensitive planning can help narrow the nature gap.

CURWOOD: One of the safer things to do during the pandemic is to get out and enjoy nature, but according to a new report it’s much tougher to do if you are black, brown or poor. Communities of color in the U.S. experience “nature deprivation”, or lack of access to nature, at an average of 3 times the rate of white communities, according a study by the Center for American Progress and the Hispanic Access Foundation. On a state by state basis the research team combined spatial data with census information on race, family structure, and income. They found that 74% of communities of color are nature-deprived, compared to only 23% of white communities. The lead author is Jenny Rowland-Shea, senior policy analyst for Public Lands at the Center for American Progress. She joins me now from Washington, D.C. – Jenny, welcome to Living on Earth!

ROWLAND-SHEA: Thank you so much for having me.

CURWOOD: Now, why is nature deprivation something that we all need to be concerned about?

ROWLAND-SHEA: Nature deprivation is important because there are a number of benefits that come along with being exposed to nature, whether that's air quality, water quality or just the ability to get outside. I think during these times of coronavirus, people have been especially needing to stretch their legs, be distant from people, be in fresh air, and that's really important.

CURWOOD: Now, Jenny, people who look like me, at the end of slavery, were supposed to get the 40 acres and a mule; that, that never happened. To what extent is nature deprivation the direct consequences of systemic racism and white supremacy in this country, do you think? 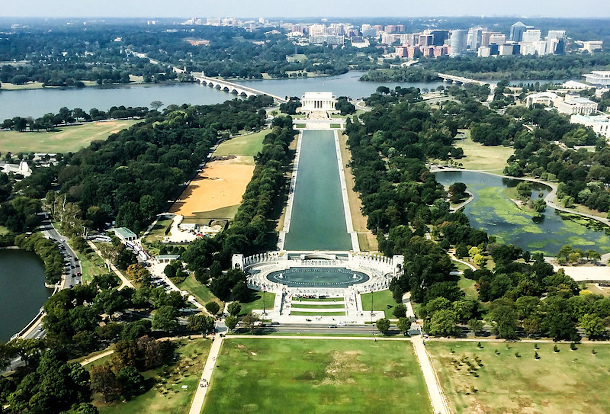 The Nature Gap report looked at the lower 48 states and Washington, D.C., pictured here, which turned out to not show a gap in access to nature based on race. The nation’s capital, which is 45% African American, has many parks throughout. (Photo: Thomas Hawk, Flickr, CC BY-NC 2.0)

ROWLAND-SHEA: Yeah, so fundamentally, we hope that this report helps the public understand that disparities across racial and economic groups can't be explained away by luck or randomness or individual choices; that the stark disparities are a result of systemic inequalities and environmental racism, including practices like redlining, prioritizing parks in white neighborhoods, siting factories and energy projects in communities of color, even paving directly through or over diverse communities. And the data that we found suggests that communities are still living in a nation that hasn't fully reckoned with that past or found a way to live up to its ideals of equity and justice. And that is certainly I think the underlying cause of why we're seeing this nature deprivation right now, even though it may not be fully obvious. Things like the dispossession of Native American land certainly is still having an impact on the kinds of resource management decisions that are happening on tribal lands and near Native American communities. So any solutions to this problem needs to be rooted in that recognition and understanding the underlying problem.

Industrial activities add to nature deprivation by hindering access to many of the key benefits of nature, including clean air, clean water, and natural sounds. (Photo: Mark Dixon, Flickr, CC BY 2.0)

ROWLAND-SHEA: Exactly. Nature deprivation in the report describes places with a higher proportion of natural area lost than the state level medium. So what counts as nature deprived in a Northeastern state is not going to be the exact same as somewhere in the West, it will vary by state, but functionally, nature deprivation is describing a place that has fewer parks, streams and other natural areas nearby.

CURWOOD: So I'm sitting down Jenny, what state has the most disturbing numbers? 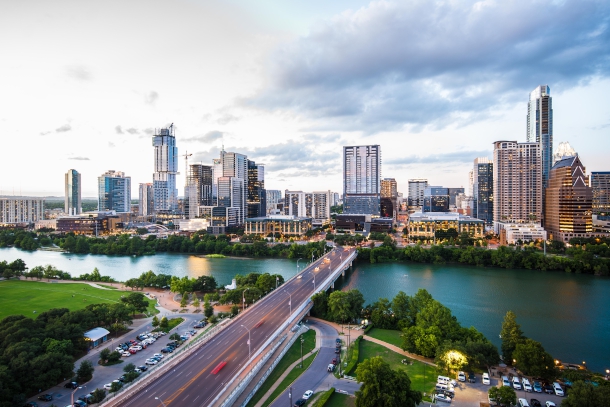 CURWOOD: And what are the other key findings that you came to?

ROWLAND-SHEA: We also found that low-income communities are about 20% more likely to live in nature deprived areas compared to those people coming from mid- or high-income communities. Another finding that I found to be particularly jarring was that communities with a high number of families with children under the age of 18, are almost twice as likely to be nature deprived as families without young children. And that that disparity is especially apparent for families of color and low-income families with children.

CURWOOD: Whoa, I mean, you think of kids needing to get outside and get their hands grubby in the dirt, and all that kind of thing. And that's not happening for less advantaged families, huh?

ROWLAND-SHEA: It's not at all, and I think that in terms of policy solutions, that has been one of the places that policymakers have been starting, at least now, and the Every Kid in a Park program is a really great example of one federal program that has started to remove the financial barriers to getting kids outdoors, that allows fourth graders and their families to enter all national parks and public lands for free during their fourth grade year of school. And so that has exposed several new generations to the wonders that are national parks and other public lands. And another program at the state level, New Mexico's new Outdoor Equity Fund, is just getting going, but it is designed to specifically correct for some of the racial and economic disparities that exist in these natural experiences.

CURWOOD: Jenny, where do Native American communities fit into the nature gap? 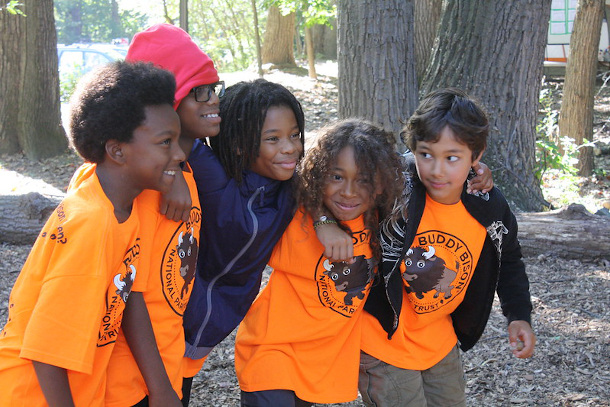 Fourth graders participate in an ‘Every Kid in a Park’ event at Rock Creek Park, a city park in Washington, D.C. that’s administered by the National Park Service. (Photo: BLM, Flickr, CC BY 2.0)

ROWLAND-SHEA: So we looked specifically at the energy development aspect of nature loss and tried to assess which communities were most impacted by that, and did find that when you look at energy development, specifically, Native Americans are disproportionately affected by the impacts of oil, gas and coal development. We saw this especially happening in the four corners area, areas of northern New Mexico, Northern Arizona, southern Colorado, where there's a lot of federal oil and gas development on public lands, among other development activities. And you can see that especially affecting Native American populations there.

CURWOOD: So taking away something like Bears Ears so that one could drill there.

ROWLAND-SHEA: Yes, that is really a prime example. And while it may not be actually covered in this data because some of that new development is so recent, I think we will see that nature deprivation near the Bears Ears area in Utah may have some profound consequences.

CURWOOD: Now, your report on the nature gap makes several recommendations about steps that could be taken to help address unequal access to nature and nature benefits, and the first one calls for protecting at least 30% of America's lands and waters by 2030. This is a goal recommended by many scientists and supported by a number of members of Congress. How do you think "30 by 30" can best help address the nature gap? 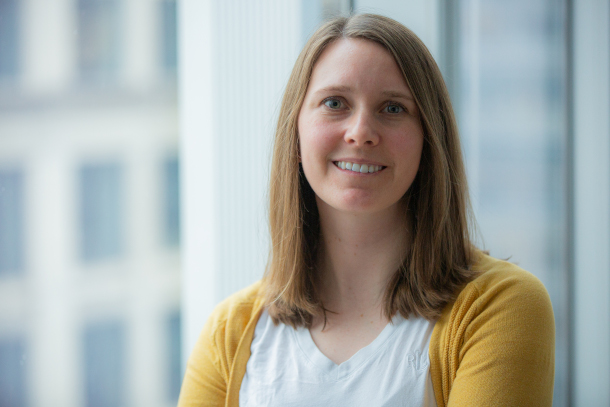 ROWLAND-SHEA: Yeah, so our findings really affirm the need for more ambition in nature protection, and the goal of protecting 30% of lands, of waters by 2030, which has, in addition to many members of Congress, has also been embraced by the Biden campaign, could help the country protect more natural areas in a way that ensures that benefits are more evenly and fairly distributed. And pursuing better protections for land and water is an important opportunity to kind of hit that reset button and ensure that conservation over the next decade really reflects the views and the needs of everyone.

CURWOOD: Jenny Rowland-Shea is a Senior Policy Analyst for Public Lands at the Center for American Progress in Washington and lead author of "The Nature Gap" report. Jenny, thanks so much for taking the time with us today.

ROWLAND-SHEA: Thank you so much, Steve.


The Nature Gap report from the Center for American Progress