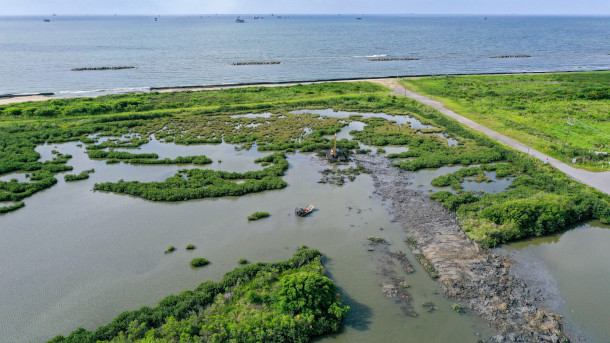 Hurricane Laura hit the Gulf Coast as a Category 4 at the end of August 2020, but the impact of the killer hurricane was less deadly than many had feared, in part due to the buffer provided by coastal wetlands. Living on Earth's Aynsley O'Neill reports.

DOERING: From fires we turn now to floods. Both are natural disasters scientists tell us will be more frequent and severe with climate change. Hurricane Laura hit Louisiana as a Category 4 storm at the end of August but the killer hurricane was actually less deadly than many feared. Living on Earth’s Aynsley O’Neill has more.

O’NEILL: Hurricane Laura had the strongest sustained windspeed of any hurricane on record to make landfall in Louisiana. And the storm surge was expected to be catastrophic for inland communities. But the damage wasn’t actually all that bad, according to many people in the region, including Governor Greg Abbott of Texas.

GOV. ABBOTT: As I ask everybody how they feel about working their way through this hurricane, everybody pretty much had the same phrase. And that is: we dodged a bullet. It could have been far worse.

O’NEILL: With roughly 70 casualties and about $9 billion dollars in repairs, the loss of life and costs of Laura are only a fraction of what was expected ahead of the hurricane. Mass evacuations certainly saved lives but the biggest life saver was where the storm hit. The hurricane made landfall at the marshes that sit along the Louisiana-Texas border. And on the Gulf Coast, wetlands like those are crucial to protecting inland communities from the natural disasters. 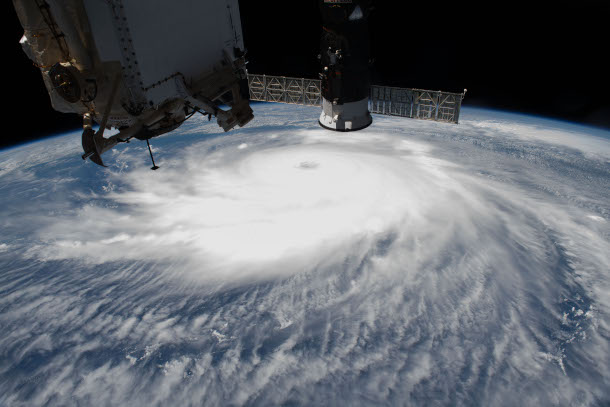 When waves come crashing against the shoreline, wetlands absorb the impact and reduce the intensity of the storm surge and flooding. In fact, scientists estimate that every 2.7 miles of coastal wetlands reduce storm surge inland by a foot – so long as that wetland is in good condition. But wetlands are frequently destroyed or degraded for coastal development. Wetlands ecologist and Loyola University professor Bob Thomas says destroying wetlands to build a canal at the end of the Mississippi River was a disaster for the region when it comes to mitigating hurricane damage.

O’NEILL: It’ll take some time to see how well the wetlands are able to bounce back after Hurricane Laura, but ecologists say we need to protect and support these crucial ecosystem services. They are our first line of defense against deadly hurricanes, provided to us for free from Mother Nature. For Living on Earth, I’m Aynsley O’Neill.

More from Governor Abbott of Texas