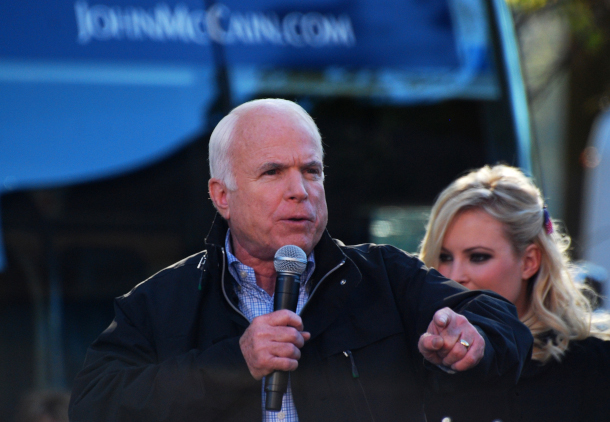 John McCain, the ‘Maverick’ was the last Republican presidential candidate to be asked about climate change on the debate stage. Now 70 House Democrats have requested that change in this year’s debates. (Photo: Rona Proudfoot, Flickr, CC BY-SA 2.0)

In this week’s edition of Beyond the Headlines, Peter Dykstra joins Bobby Bascomb to discuss calls for climate change to be a centerpiece topic in the upcoming Presidential debates. This week’s segment also covers the EPA announcement that the agency would shift focus away from climate change, and towards “community cleanups”. Finally, looking back through history, the pair discuss the 30th anniversary of the landmark book Dumping in Dixie by “the father of environmental justice,” Prof. Robert Bullard.

BASCOMB: And I’m Bobby Bascomb. It’s time now for a look Beyond the Headlines with Peter Dystra. Peter is an editor with Environmental Health News, that’s EHN dot org and Daily Climate dot org. Hey Peter, what do you have for us this week?

DYKSTRA: Hi, Bobby is of course getting into the thick of election time. This past week 70 democrats from the House of Representatives sent a letter to media organizations demanding that climate change be a centerpiece of the 2020 presidential debates.

BASCOMB: Well, I do remember in 2016, there was no mention of the environment or climate change specifically in the debates. But when was the last time it did come up in a presidential debate?

DYKSTRA: Not in 2016, as you said, not in 2012. But the last time was in 2008, where the moderator Bob Schieffer asked a question, except not about climate change. He said climate control, which is of course, a term not used in climate science. It's a term used in the plumbing and heating industry.

BASCOMB: He just misspoke then?

DYKSTRA: He misspoke. He was very politely corrected by the late Senator McCain.

SCHIEFFER: Let's talk about energy and climate control, every president since Nixon has said what both of you --

DYKSTRA: Both McCain and Obama went on to give somewhat evasive answers, not talking about climate change and its causes. But talking about energy independence.

BASCOMB: Well, these 70 democratic house legislators are hoping to change that this time around. What else do you have for us this week?

DYKSTRA: In the EPA, which is called the Environmental Protection Agency, although some people would take issue with how protective they are of the environment these days, the administrator Andrew Wheeler, who of course, is a former lobbyist for big coal, announced a shift away from climate change as an EPA priority and toward community cleanups 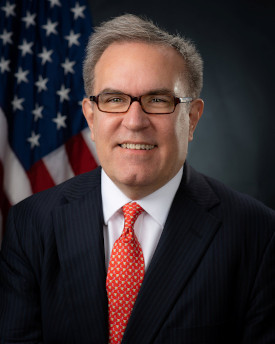 On September 4th, Andrew Wheeler announced the EPA would shift away from action on climate change, and instead focus its resources on ‘community cleanup’. (Photo: US EPA, Wikimedia Commons, Public Domain)

BASCOMB: Community cleanups, okay, I mean, I've heard President Trump say many times that he wants crystal clear air crystal clear water as he puts it, but of course, this administration doesn't have a very good track record of protecting our air and water or communities. For that matter, they've rolled back dozens of Obama era environmental laws and regulations, many of which did protect air and water. So what's their goal here? How's that gonna work out?

DYKSTRA: Well, it's hard to say precisely from the administration's language, as you suggest from its actions maybe a little differently. Administrator Wheeler talked about how much cleaner our air is how much cleaner our water is, but he didn't point out that one of the main reasons that our air and water are cleaner would be the regulations that the White House and the EPA are now trying to roll back.

BASCOMB: All right, well, what do you have for us from the history books this week?

DYKSTRA: We have a very important 30th anniversary. This was actually last month in August, but it's worth mentioning. Bob Bullard is a professor at Texas Southern University. He's been called the founder of the environmental justice movement. And one of the reasons he can claim that title is a book and study that he released in August of 1990, called "Dumping in Dixie" was one of the first scholarly looks at how toxic waste dumps, how highly polluting factories, all tend to make their way into or near communities of color, or even poor white communities, both urban and rural throughout the United States. 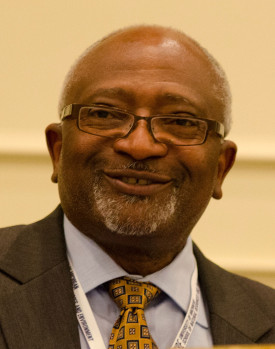 Dr. Robert Bullard, professor at Texas Southern University, is known as one of the founders of the environmental justice movement. (Photo: Dave Brenner via University of Michigan School for the Environment, Flickr, CC BY 2.0)

BASCOMB: Yeah, boy, that's a problem that's been going on a long, long time. And I really timely reminder for us now, given the Black Lives Matter protests taking place across the country.

DYKSTRA: It is and it doesn't just refer to government inaction, or questionable action from big business, but even in the environmental community. Shortly after Bullard's "Dumping in Dixie" book came out 30 years ago, there was a letter sent to the CEOs of big environmental nonprofits criticizing the number of positions in authority in those organizations, held by people colour. With a few notable exceptions, that's still the case 30 years later, and the environmental movement is much open to criticism as being an elite white movement, and that pretty clearly would undermine its chances for success.

BASCOMB: All right, thanks, Peter. Peter Dykstra is an editor with environmental health news. That's ehn.org and daily climate.org. And we'll talk to you again real soon.

DYKSTRA: Okay Bobby, thanks a lot, talk to you soon.

BASCOMB: And there's more on these stories on the living on earth website. That's LOE.org.