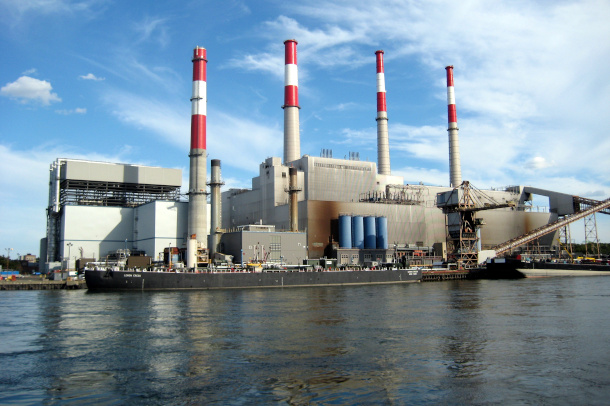 Seven of New York’s fossil fuel “peaker” plants, which operate only when the city hits peak power necessity, are in the process of being converted either to cleaner energy or to conservation. (Photo: Wally Gobetz, Flickr, CC BY-NC-ND 2.0)

This week, Environmental Health News Editor Peter Dykstra and Host Steve Curwood take a peek Beyond the Headlines to look at the New York Power Authority's decision to convert some of their “peaker” plants to clean energy. Then, the two cross the pond to Finland, where a recent study suggests that childhoods spent playing in the grass and dirt might help strengthen immune systems. Finally, they take a trip back in history to the anniversary of Toyota's Prius prototype.

And it's time now to take a look beyond the headlines with Peter Dykstra. Peter's an editor with Environmental Health News, that's EHN.org and DailyClimate.org. He's on the line now from Atlanta, Georgia. Hi there, Peter, what do you have for us today?

DYKSTRA: Hi, Steve. What may be a little good news coming out of New York State. The New York Power Authority better known as NYPA, which governs the generation of electricity, not just in New York City, but all over the state cut a deal with environmental justice groups to ensure that six of what are called "peaker" power plants in poor minority communities in New York City, be transitioned from fossil fuels to clean energy or conservation.

CURWOOD: Okay, hey, and remind us what are peaker plants?

DYKSTRA: Peaker plants are sort of a quirk in the power generation grid. When plants have to work overtime, let's say in hot weather to power air conditioners, they will turn on dormant plants, those are the peaker plants, to serve peak power generation times. Right now, New York City has a lot of older fossil fuel plants. Among its 18 peaker plants, about a third of those they hope are going to be converted to conservation to save energy, or clean energy.

CURWOOD: And what do these old peaker plants burn?

DYKSTRA: Some of them burn really nasty stuff, like heating oil or kerosene. Some are natural gas plants. And every time there's a hot day in Manhattan, there are some poor neighborhoods in the Bronx, and Queens, and Brooklyn that pay the price in dirty air. But the bottom line is these kinds of plants under this deal will be used a little bit less in New York City.

CURWOOD: That's a good news story. Peter, what else do you have for us today? 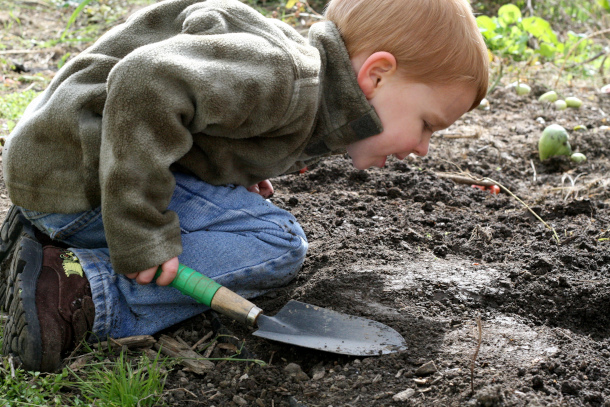 A study out of Finland lends credence to the “hygiene hypothesis”, the notion that children who are exposed to a certain level of microbial life build up a stronger immune system throughout their lives. (Photo: Chiot’s Run, Flickr, CC BY-NC 2.0)

DYKSTRA: It's an interesting piece of research. It's a kind of a small study out of Finland. The study says that greener play areas can help children's immune systems. They show that gravel play areas tend to host fewer microbes. Because there are fewer microbes, the immunity systems for kids don't build up as well as if you had soil and grass and other things within a playground area. And of course, gravel to grass makes it look a whole lot nicer.

CURWOOD: Indeed. Now, what kind of diseases are they talking about?

DYKSTRA: A lot of sort of the first level of autoimmune diseases, everything from allergies and asthma, to eczema in the skin, type 1 diabetes, inflammatory bowel disease, and even MS.

CURWOOD: Multiple Sclerosis. Folks have argued for years that if kids are too isolated from germs, it's not good for them.

DYKSTRA: That's right. You know, if you want every kid to live in a bubble, you're sort of working against what's called the hygiene hypothesis. Where if kids are in an atmosphere, where they're kept theoretically immaculate, they're not gonna develop all of the defenses that they need to get through life.

CURWOOD: Okay, Peter. So crack open one of those history books that you got there, tell me what you see.

DYKSTRA: Well, crack open the history book and out pops a 25th anniversary, October 21, 1995. At the Tokyo Auto Show, Toyota rolls out its first prototype of the Prius, its now-legendary hybrid gas and electric car. 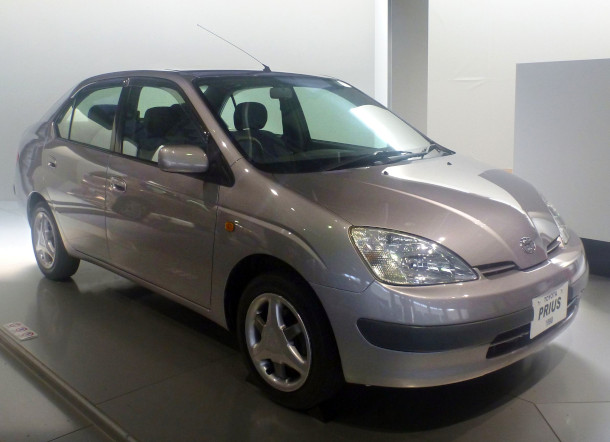 CURWOOD: Yeah, I remember two years later, at the Kyoto climate conference, the execs from Toyota brought around a couple of them for us reporters to ride in, but they wouldn't let us behind the wheel.

DYKSTRA: Well, two years behind history, you could do worse than that. And the Prius has become such an institution around the world, along with its hybrid competitors, and more recently, its purely-electric vehicle competitors. They've sold a million Priuses, or Prei I don't know what you'd call it, around the world since that momentous date 25 years ago.

CURWOOD: Sounds like success for a car. Hey, thanks so much, Peter, for taking the time with us today. Peter Dykstra's an editor with Environmental Health News, that's EHN.org and DailyClimate.org. We'll talk to you again real soon.